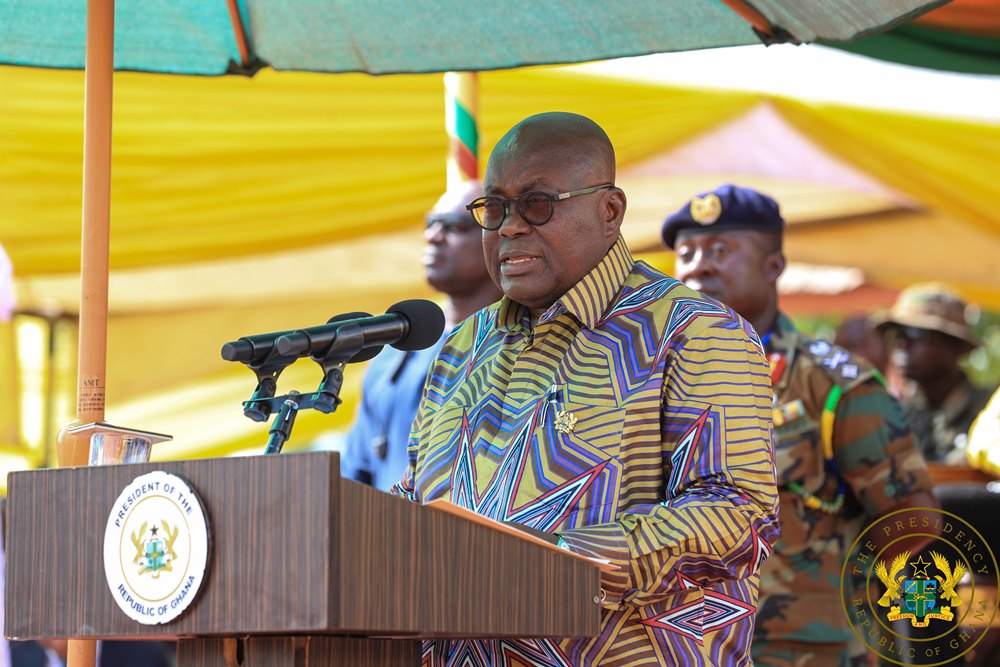 President Akufo-Addo, will from today [Friday, 10th August 2018] begin his tour of the Ashanti Region.

The 5-day tour of the region forms part of his ongoing nationwide visit.

The President has in the last few months been on a nationwide tour that has seen him visit the various regions to interact with the chiefs and people there.

President Akufo-Addo will pay a courtesy call on the Asantehene, Otumfuo Osei Tutu II, at the Manhyia Palace. 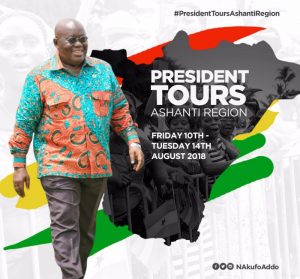 Other Engagements of the Tour

The Regional tours are to allow the president acquaint himself with the level of developments in the country.

President Akufo-Addo will return to Accra on Tuesday, August 14, 2018.