An inter-faith edifice would have been better – Sheikh Aremeyaw 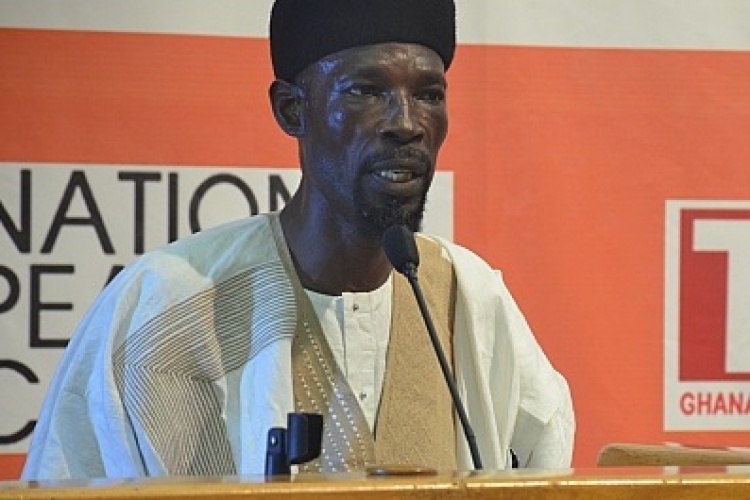 Spokesperson of the National Chief Imam, Sheikh Aremeyaw Shuaib, has said an interfaith edifice would have been more appropriate than the national cathedral because the project is tied to Ghana’s 60th-anniversary celebrations.

Sheikh Aremeyaw told the media on Tuesday that all the discourse on the now-controversial Christian non-denominational cathedral should be assessed within this context.

[contextly_sidebar id=”p1nSsX9RK1qhvEgwnzf0hgSYEFtskBzZ”]“I think that some of those who have made responses and made remarks have not been able to state the context that will make people understand and so certain comparisons are being made that are in my view, misplaced and unwarranted.”

On March 6, 2017, President Nana Akufo-Addo cut the sod for the construction of the national cathedral for the country, as part of events that marked Ghana’s 60th-anniversary celebration.

Funding for the project is to be sourced from individuals within the Christian community.

But Sheikh Aremeyaw feels this project may represent an opportunity lost because “Ghana has become a model of interfaith harmony and peace.”

Misplaced reference to the national mosque

Sheikh Aremeyaw was however keen to note that the national mosque was a replacement for the previous national mosque which was demolished for the construction of the Rawlings Park in Accra.

The land for the new national mosque was handed over to the National Chief Imam, Shiekh Dr. Nuhu Sharubutu in 1995 by former President John Rawlings to replace the demolished mosque.

“I think Rawlings wanted to assuage the pain we went through so as a president, he himself offered that land,” Sheikh Aremeyaw remarked.

Construction of the new mosque was first started by the Ghana Muslim Community, but it was abandoned for almost 10 years due to the lack of funding.

Sheikh Aremeyaw explained that the Muslim community underwent a series of engagements to build the mosque “until we got to where we could no more raise the money and the Turkish organisation came in. So the two projects are different and I think it is a misplaced comparison to do if we put the two together.”

When President Akufo-Addo cut sod for the construction of the cathedral, critics said the facility is unnecessary considering that Ghana was a secular state.

Others said the government appears to be interfering in religious affairs with the project.

Also, a member of the Convention People’s Party (CPP), James Kwabena Bomfeh, filed a suit at the Supreme Court challenging the decision to build the cathedral, saying that the country as a secular state must not be seen to be getting involved in religious activities such as building a Christian Cathedral and facilitation of Muslim’s pilgrimage to Mecca.

The plan to relocate judges from their Ridge Roundabout residence in Accra to make way for the construction of the 5,000-seater Cathedral brought the project back into focus.

The Coalition of Muslim Organisations, Ghana (COMOG), has also chastised the government for its involvement in religious matters in a secular state.

COMOG in a statement also expressed concern with the role government plays in the annual Hajj pilgrimage, saying it must be left for private people to manage it.

Police hunt for robbers who attacked traders in Yendi