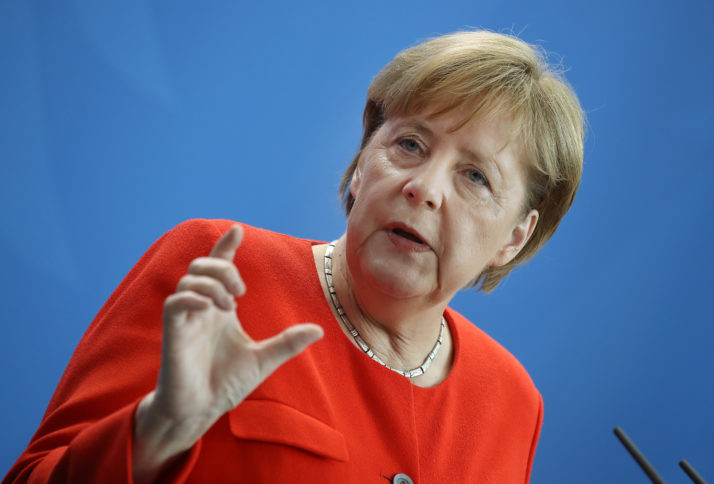 German Chancellor Angela Merkel will today (Thursday) pay a one day visit to Ghana as part of her tour of West Africa.

The trip follows an announcement by Berlin to reduce obstacles to German-African trade. It also underscores the growing importance which the federal government attaches to the continent in its foreign policy.

She will be in the country with a delegation of business executives and investors.

The German Chancellor has paid Senegal a visit and is yet to tour Nigeria.

She arrived in Senegal on Wednesday and was welcomed by Senegalese President Macky Sall.

The three countries, Senegal, Ghana and Nigeria are measured as significant dialogue partners for the German government and the visit is also to strengthen and shape their economic growth to benefit all citizens with Berlin hoping that development of the continent will help stem migration and boost the fight against jihadism.

The visit would also be an opportunity to discuss and take stock of the G20 “Compact with Africa Initiative”, launched in June 2017 in Berlin under Germany’s G20 presidency.

Mr. Retzlaff, who made the disclosure on Tuesday 10th July, at a press conference in Accra, said the visit to Ghana would be the first of a German Chancellor to Ghana since 2004.

He said another highlight of German-Ghanaian relations would be the “German African Business Summit (GABS)” in Accra from February 11-13, 2019.

The GABS is the German signature business event in Africa.

Top business and government leaders from Germany and Sub-Saharan Africa meet every two years in Africa to promote economic relations between Europe´s largest economy and the fastest growing region in the world.

Up to 750 leaders, decision-makers and business representatives are expected to participate.