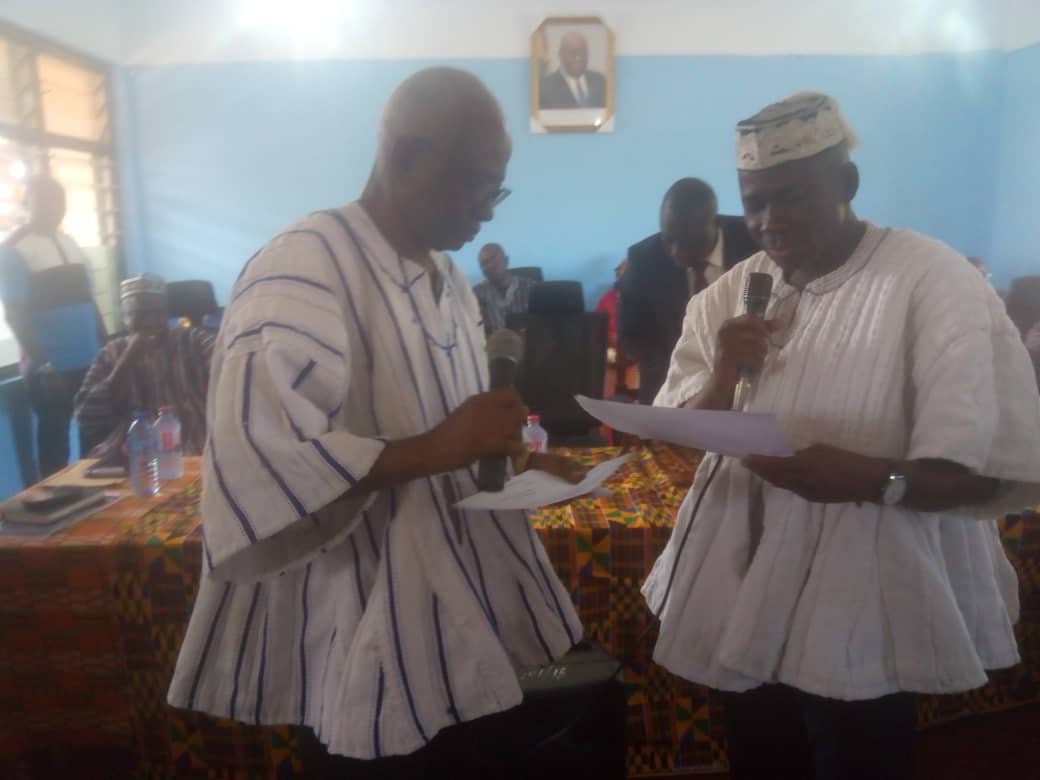 All 14 assembly members who were present unanimously endorsed the nominee’s appointment in the vote.

Some assembly members who spoke to Citi News described Prof. Abole as development-oriented and capable of bringing the needed development to the area.

They pledged their support to  Rev. Prof. Abole in order to successfully deliver government programmes and policies.

The new DCE, Rev. Prof. Abole thanked assembly members for the confidence reposed in him and pledged to operate an inclusive administration in carrying out his mandate.

He thanked President Nana Addo for the creation of the Bolga East  District stating that it will trigger socio-economic development of the people in the area.

“We are all aware of the challenges that confront our district in the areas of social infrastructure in education, health, roads, agriculture, electricity water and sanitation among others. My focus will be on how to handle these challenges to enure to the benefit of the people in the area.”

“We shall work to support President Nana Addo’s succeed in his flagship policies such as the planting for food and jobs, One Village One Dam, Free SHS education, One District One Factory among others”.

Professor Abole was a senior crop science lecturer, Faculty of Agric at the University of Cape Coast, a parliamentary candidate of the NPP for Bolga East Constituency in the 2016 general elections and is now a reverend minister of Assemblies of God Church UCC branch.

Presiding Member of the Assembly Roland Abire appealed to the Regional Coordinating Council and government to provide the assembly with the necessary infrastructure and logistics to enable it to work effectively.

He also called on the assembly members to work with the DEC as a team to ensure that, they contribute their quota towards effective and efficient management of the assembly’s resources.

Microsoft steps in over anti-Semitic posts

Microsoft steps in over anti-Semitic posts