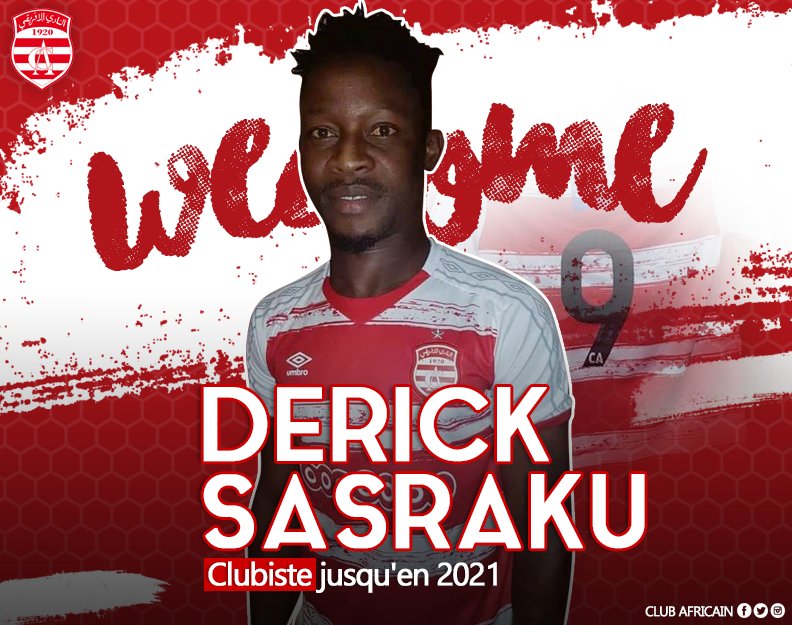 The North Africans announced their deal with the striker, who picks up the number 9 shirt, on Tuesday night.

Sasraku has been an outcast at Aduana due to disciplinary issues this year. A training ground bust-up with teammate Elvis Opoku in March saw him suspended and heavily fined by the club’s management.

Not long after his return, he fell on the wrong side of new coach Kenichi Yatsuhashi in July over another incident at training.

The 24-year-old was reported to be chasing a deal with Slovakian side MŠK Žilina but negotiations broke down. He moved on to Tunisia for talks with Club Africain on August 15 and has now been signed for three years.

Sasraku becomes about the fifth Ghanaian to be signed by the Tunisian club in a little over a year.

The trio of Lawrence Lartey, Latif Anabila and Abdul Wahab Annan saw their contracts terminated a couple of months after their arrivals.

Defender Nicholas Opoku however emerged the shining light, becoming a key member of the first team last season. His performances saw him earn a deal with Italian topflight side Udinese this summer.

Ghana vs Kenya: Kwadwo Asamoah returns,Owusu gets first call up

Ghana vs Kenya: Kwadwo Asamoah returns,Owusu gets first call up