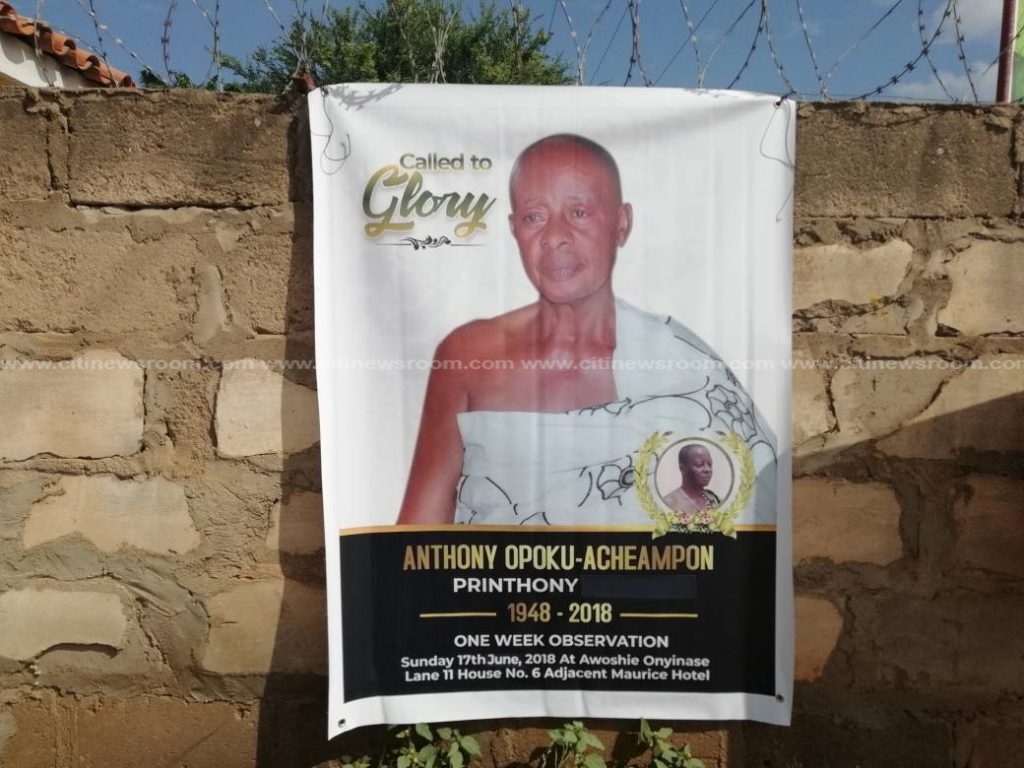 The family of the 70-year-old man who died in his car after 7 major hospitals turned him away over claims of no bed, is unhappy with government.

They said the government has failed to give them a copy of the report on investigations into their father’s death.

[contextly_sidebar id=”PDnXzVJR5x8bz6Ka9v9ahoVG3UC8WYxo”]They claim excerpts of the report, are making the rounds on social media while they, the affected, have not received it, or heard anything from the government.

Speaking to Citi News, the eldest son, Ishmael Obiri said they have not been treated fairly.

“The family is not happy about the fact, some reports have been made available and it is circulating on social media and we haven’t had a single copy, our father’s funeral is on the 18th of this month, so far nobody has said anything to the family, we keep hearing the various committees saying we will serve you the report and we still haven’t had any report yet,” he said.

In June, the Speaker of Parliament, Prof. Mike Oquaye, charged the Health Committee as well as the Constitutional, Legal and Parliamentary Affairs, to come up with laws and regulations in the medical field that will deal with the no-bed syndrome at some of the country’s health facilities.

This followed a statement on the floor of the House by Ledzokuku MP, Dr. Bernard Oko Boye, on the need for Parliament to take steps to help curb the challenge that resulted in the death of a 70-year-old man after he was rejected by seven hospitals over lack of beds.

The search for beds

Singer eShun donates to children with autism in Cape Coast