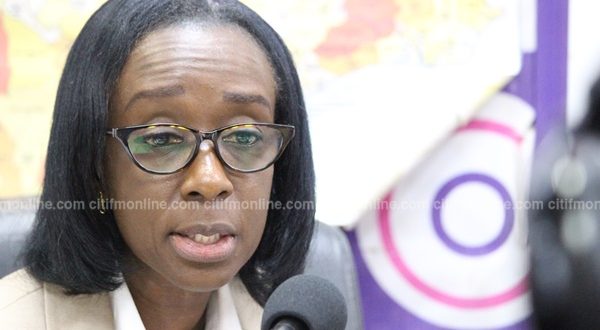 The Food and Drugs Authority (FDA), has commended the electronic media for complying with its ban on alcoholic beverage advertisements particularly on television before 8:00pm.

According to the Authority’s Head of Communications and Public Education, James Lartey, the media strictly adhered to the directive which he said attained a 98 percent success rate nationwide.

He was interacting with a cross section of the media in Tamale where he presented a preliminary report on the FDA’s monitoring and evaluation exercise.

He called for a stronger collaboration between the FDA and the media to sanitize the advertising space.

“I urge the media to continue to comply with the directive and not allow yourselves to be tempted to break the law which could bring about harsh sanctions.”

“I want to remind the media and advertisers of all FDA regulated products of provisions in the Public Health Act which regulates both the registration and advertisements of products such as food, drugs, cosmetics, medical devices, household chemicals and tobacco.”

“Section 100 of subsection 1 of Act 851 stipulates that a person shall not advertise food as a preventive or cure for a disease, disorder or an abnormal physical state.”

“The Act further states as per section 114 and (2) that, a person shall not advertise a drug, a herbal medicinal product, cosmetic, medical device or household chemical substance to the general public as a treatment, preventive or cure for a disease, disorder or an abnormal physical state unless the advertisement has been approved by the Authority.”

Mr. Lartey further pointed out that, “Within the spirit of the law, Live Presenter Mention Materials (LPMs) in any form are not permitted as a form of advertisement for food, drugs, cosmetics, household chemicals and medical devices.”

He therefore maintained that media houses must do due diligence before airing any advertisements.

“The media houses should demand a letter showing that the advertisement has been approved and the script must bear the FDA seal. Persons who contravene these provisions would be liable to a summary conviction or a fine not less than 7500 penalty units.”

“Alternatively, the FDA may impose an administrative fine of Gh₵25,000.00 pursuant to provisions of the fees and charges (amendment) instrument 2016, (LI 2228).

“Stop patronizing cosmetics, drugs and other food related products which have not been duly approved for sale in the domestic markets for human use or consumption.”

“A lot of the unapproved cosmetics, drugs and food related products on sale in the Ghanaian markets contain dangerous chemical compositions which can pose health risk to unsuspecting consumers or users.”

He thereby discouraged young ladies engaged in skin bleaching, saying, “Stop bleaching otherwise you stand the risk of contracting skin diseases and having some internal organs impaired as a result of the use of such bleaching creams.”
–
By: Abdul Karim Naatogmah/citinewsroom.com/Ghana