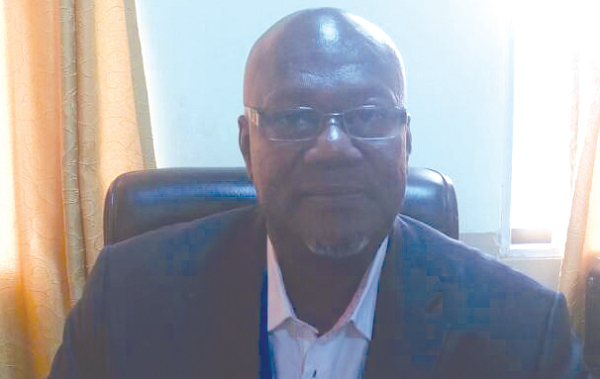 The Director of Passports, Amanor Daku Mante, has said that persons who are lamenting over the delay in acquiring their passports after applying several months earlier, applied through unauthorized middlemen popularly called ‘goro boys’.

[contextly_sidebar id=”DzjPEY8tcvX7GknfFFVEIb90qc0JsDqR”]According to him, persons who applied through the normal process duly receive their passports.

Speaking on the Citi Breakfast Show on Monday, Mr. Daku Mante said some applicants suffered a delay in the issuance of the passports because they filled their forms with wrong information.

Many listeners of the Citi Breakfast Show on Monday expressed their varied experiences of frustration in acquiring a passport in the country.

Some explained that they had been chasing their passports after applying more than a year ago and have missed various opportunities because of the delay.

Others lamented that the government’s supposed online portal for passport application was dysfunctional, although they had paid the required amounts to the bank to enable them to complete the online application.

Many other contributors to the Show said they acquired their passports early enough when they paid between GHS 500 and GHS1000 to middlemen to help them process their application.

The New Patriotic Party (NPP) government has given indications that it intends to make the process of passport acquisition in Ghana easy and efficient, a departure from what can best be described as one of the most frustrating processes to go through in the country.

Despite promises by successive governments to improve the process, many Ghanaians are forced to pay bribes, pay exorbitant charges through middlemen popularly known as ‘goro boys’ or queue as early as 3:00am each day to have their passport applications processed especially at the Accra application center.

We’ve no flats in Cantonments – UNDP

Martin Amidu ‘punishes’ bank over ‘suspicious’ money in his account

Martin Amidu ‘punishes’ bank over 'suspicious' money in his account