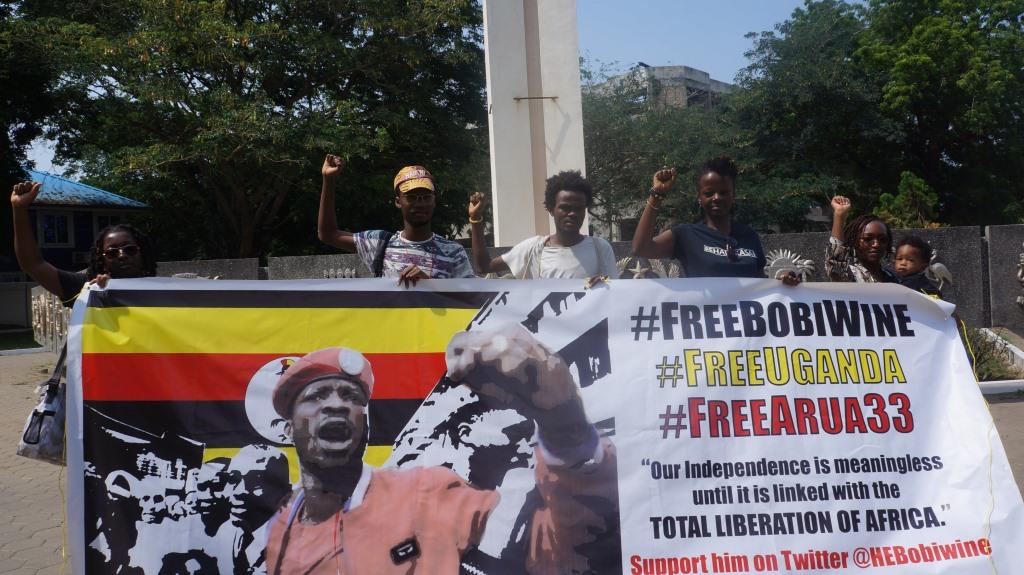 A group calling itself #FreeBobiWine in Ghana comprising of Ugandans living in Ghana and some Ghanaians have joined calls for the release of Ugandan Member of Parliament Robert Kyagulanyi Ssentamu popularly known as Bobi Wine.

Bobi Wine, a popular musician turned politician is being held by Ugandan military following his arrest after the President, Yoweri Museveni motorcade was attacked by people throwing stones.

The MP who was arrested this week is facing charges of illegal possession of weapons.

The Ghana group on Saturday walked to the Black Star Square in Accra to hang a #FreeBobiWine banner with a call on the African Union to seek justice for the Ugandan MP.

Speaking to Citi News, a member of the group, Namata Serumaga- Musisi, a Uganda living in Ghana said the silence from other African leaders on this issue is a mind blogging situation which should not be left unattended to by African leaders.

“Uganda is a country that has been under the dictatorship of Yoweri Museveni for 32 years and we are tired, the youth are tired of the oppression and the failing economy. We are tired of the silence of the leaders, where is the African Union and why are they not speaking up,” she said.

The group, therefore, called on the African media to demand justice for Bobi Wine.

Shari Ankomah-Graham, also a member of the group said it was important for Africans across the continent to fight for the MP’s release.

“I really wish that we could have as many people congregate to celebrate Africa’s freedom and Africa’s need for freedom because these are things that change society and make our children’s future much better, I am praying we get there,” she stated.

Nana Darkoa Sekyiamah, a Ghanaian feminist, activist and writer who marched with the group expressed her outrage about the Bobi Wine situation adding that African must fight injustices everywhere.

“I am really upset about what is going on in Uganda, I am really upset about the repression of civil society that people are not allowed to speak up for justice and freedom. We all deserve to be able to criticize the government because we are the people who gave them the power, they are in power to serve us,” she said. 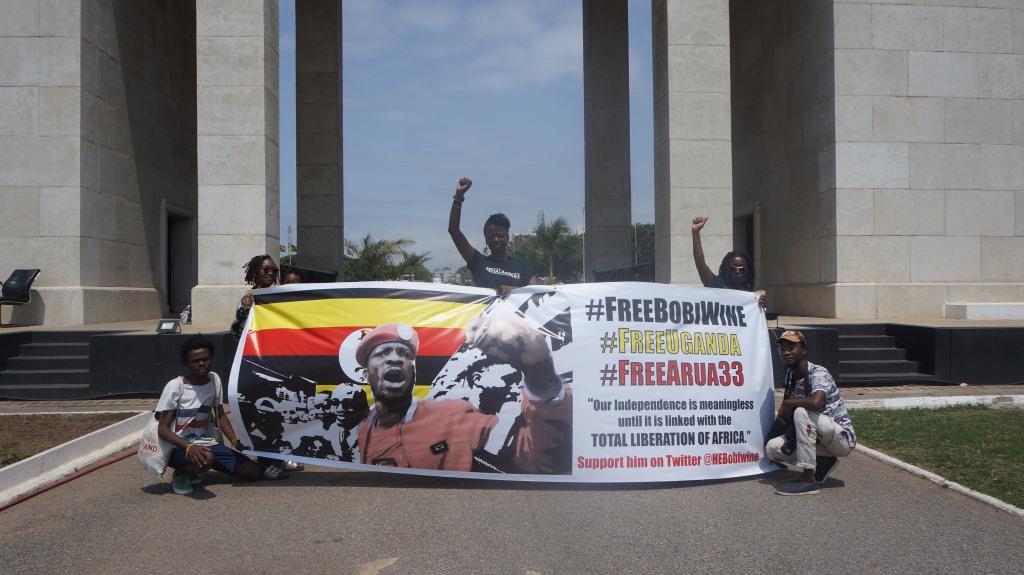 Bobi Wine has been actively spoken out against everything that is wrong in Uganda, in the areas of youth unemployment, primary education and state violence.

Kyagulanyi, who is also a politician, is being tried under military law because investigators say they found two guns in his hotel room. His wife insisted he doesn’t know how to handle a weapon, AP reported, and rights activists demanded his release.

Kofi Annan was the UN; his legacy will remain – UN boss

Kofi Annan was the UN; his legacy will remain – UN boss