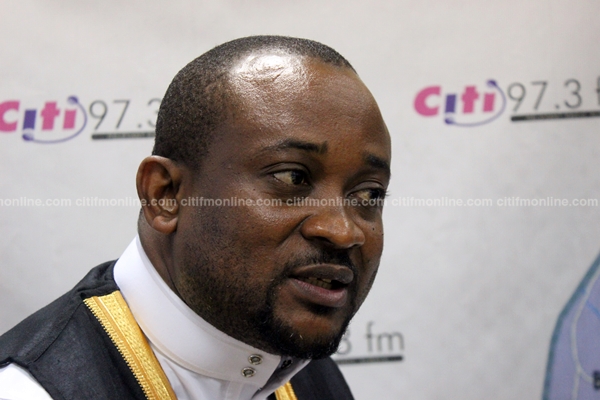 Government has described as disappointing the Minority’s letter to the International Monetary Fund (IMF) on the $2 billon bauxite agreement with Chinese firm SynoHydro Corporation.

The Minority, in a letter written to the IMF dated August 10, 2018, asked the international body to stop the Akufo-Addo government from securing the facility which is aimed at helping the government undertake a robust infrastructural development in the country.

In the letter signed by the Minority Leader, Haruna Iddrisu, the opposition NDC opined that under the current agreement with the IMF, and the fact that an agreement with such a quantum of money could adversely affect the country’s debt stock, the IMF should as a matter of urgency, stop the Akufo-Addo government from going into the agreement with the Chinese entity.

Haruna Iddrisu addressed the letter to Natalia Koloadina, resident representative for Ghana of the IMF.

[contextly_sidebar id=”iAVOLz514x9l8JVdYmK5ExlFwX19OOrF”]But in an interview with Citi News, a Deputy Information Minister, Pius Hadzide, said the move was in bad faith.

“I have just sighted the letter that was secretly dispatched to the IMF by the NDC Minority and it is our considered view that the NDC minority has acted in bad faith and the action is very disappointing,” he said.

According to Hadzide, the Minority MPs could have used other available avenues to have their issues addressed instead of writing to the IMF.

“There are opportunities and avenues that are available if there are any clarity that anybody or institution may want to seek. These matters were properly brought before the Parliament of Ghana and got approval and so for you to go behind the Parliament of Ghana and write to the IMF in an attempt to have them pull the brakes on the $2billion agreement describing it as misguided and illegal, for us in government the action is in bad faith and it is very disappointing that we would want to do this to ourselves.”

The Deputy Information Minister said the Akufo-Addo government has a number of plans for the $2 billion facility with regards to infrastructure, and thus accused the Minority of trying to sabotage government with its letter to the IMF.

“This deal is going to be dedicated to several infrastructural projects including the Tamale interchange. We are going to build an ultra-modern national psychiatric hospital, the railway lines are going to be affected, industrial parks, housing for the security services, social housing, district hospitals and a host of other projects. From what we see, it looks like a clear and deliberate attempt by the Minority to want to pull the brakes on that and make government work in that regard difficult,” Hadzide added.

About the $2 billion bauxite deal

Parliament in July 2018 approved a Master Project Support Agreement facility for the construction of priority projects in Ghana by Chinese firm, SynoHydro Corporation.

The passed agreement means Ghana will leverage its bauxite reserve at Nyinahin forest for the amount from China.

Finance Minister, Ken Ofori-Atta, while presenting the mid-year budget review in Parliament, said Sinohydro Group Limited, is expected to “provide US$2 billion of infrastructure including roads, bridges, interchanges, hospitals, housing, rural electrification, in exchange for Ghana’s refined bauxite.”
A former Chief Executive Officer of the State Enterprises Commission, Dr. Camynta Baezie, last week urged government to review the $2 billion bauxite agreement it had with China saying the deal in its current form is not in the interest of Ghana.

“The way the Chinese structure their things, it is always in their own interest and they never look at the interest of the other country. It’s the duty of government [of Ghana] to use all its expertise to try to get the best deal for Ghana. And I’m sure if a good negotiation is done, the Chinese are not unreasonable, they will agree to it. But what we have agreed to now is not in the best interest of the country,” he added.

Finance Minister, Ken Ofori-Atta while presenting the mid-year budget review in Parliament in July 2018 complained that, currently, Ghana has an infrastructure deficit of about $30 billion blaming it on “inadequate financial resources.”

He was hopeful that the $2 billion to be gained from swapping the bauxite will go a long way in further reducing the infrastructure deficit.