I will support Otumfuo to end Dagbon crisis- Nana Addo 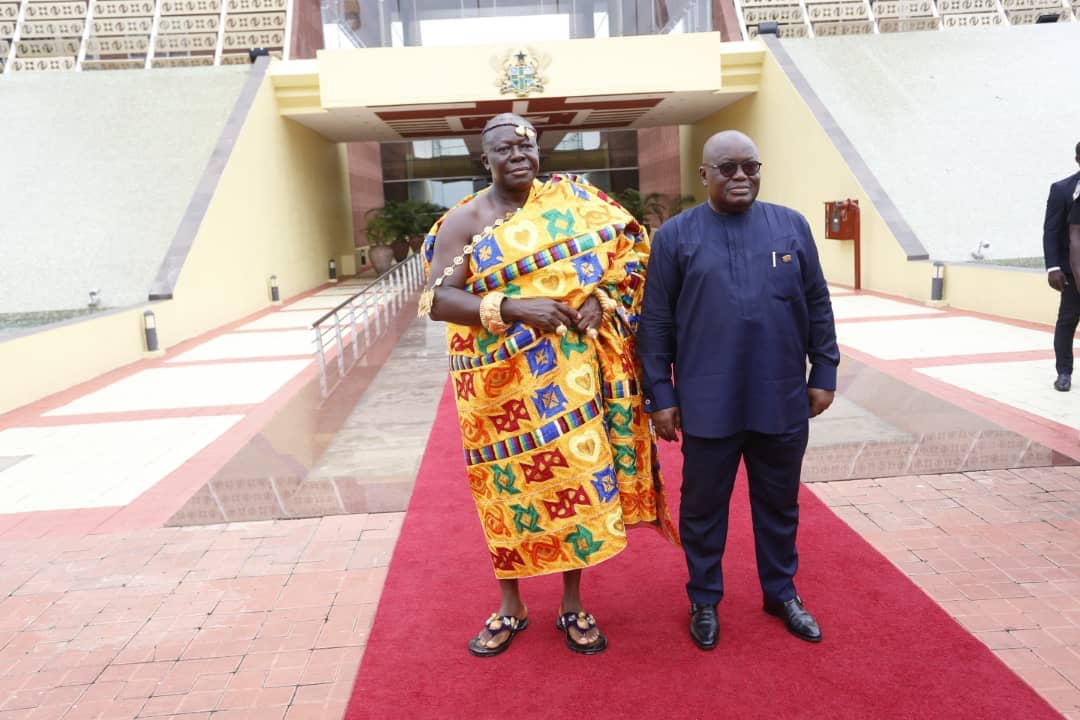 President Akufo Addo has reiterated government’s resolve to support the Asantehene, Otumfuo Osei Tutu II and the Committee of Eminent Chiefs mediating in the Dabgon crisis.

According to the President, bringing finality to the crisis is a priority, hence government will equip the committee with all the resources its needs to ensure peace in Dagbon.

[contextly_sidebar id=”p6HF5WsQhWtMx6jaEDB4CT18ZEhqqXos”] “My government will give you whatever support that is required for you to be able to conclude this important task and generally to make sure that some of the chieftaincy conflicts in our nation are reduced if not eliminated because of their capacity to suck our resources.”

The Committee of Eminent Chiefs headed by the Asantehene has been working to ensure that peace returns to Dagbon after years of conflicts.

The Dagbon chieftaincy impasse between the Abudu and Andani royals gained notoriety after the killing of the late Dagbon overlord, Yaa-Naa Yakubu Andani II on March 27, 2002.

Although successive governments have promised to restore peace in the area and ensure a peaceful enskinment of a new overlord, none of such has been achieved.

But speaking at a meeting with the Asantehene, Nana Akufo Addo encouraged the Asantehene and his committee to do whatever it takes to ensure peace in Dabgon.

“I am hoping that very soon the people of Ghana will hear from your lips that a road map has finally been agreed upon that will allow us to come out from this process and install a new Yaa Naa in furtherance of the peace and cohesion of Dagbon.”

“It will be one of the most important contributions that you can make to the stability and coherence of our nation and all of us are anxious”, he stressed.

President Akufo-Addo has told chiefs that, the resolution of the crisis and the non-enskinment of a Yaa-Naa for the past 15 years is a matter of great national concern.

“Peace in Dagbon doesn’t just involve Dagbon but it involves the whole of Ghana. It is a matter of high national priority that we give Dagbon peace. Whatever formula that you (traditional chiefs) you agree on as a way forward for resolving the crisis in Dagbon will have the full support of my government and myself.”

“It is in the interest of all of us that this matter of Dagbon is put to rest. It has been there for far too long and it is retarding the progress of the area,” he said.

That was the Asantehene’s first visit to Nana Akufo Addo at the Jubilee House after his electoral victory in the 2016 election.

The Asantehene, who was at the seat of government with a delegation of 20 chiefs, held a closed-door meeting with the President before departing to Kumasi.