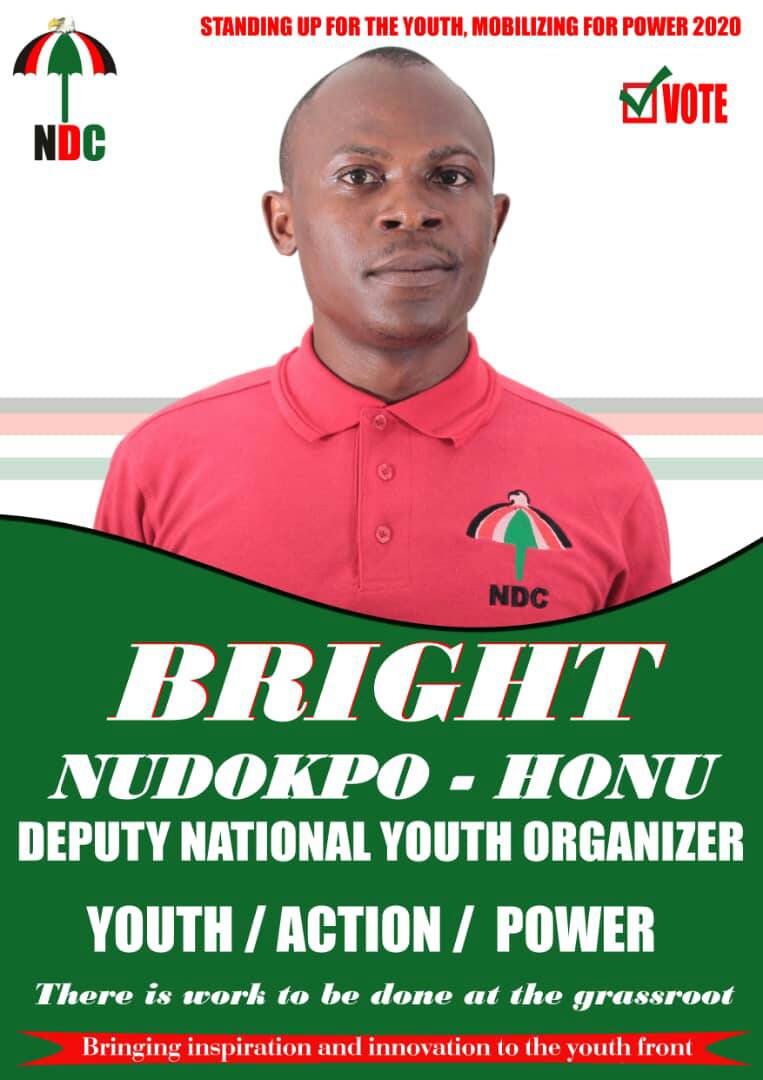 A Deputy Youth Organizer of the opposition National Democratic Congress, Bright Nudokpo-Honu plans to bridge the gap between the young and old in for the party if elected.

This is to ensure the youth wings of the party enjoy the full benefits of their membership.

[contextly_sidebar id=”uinJYCXJ7dFgT2fAiVGmZs6V0xeV3Kxb”]Bright Nudokpo-Honu observed a gap between the party elders and the youth wing which he said has resulted in the youth being left out of decision making in the party.

“When you look at the NDC Constituency there are clear roles or benefits that TEIN Members enjoy although they have voting rights. There is a gap between the elders and the youth. And it is sad the youth aren’t being empowered” he lamented.

He noted this trend, is making the party unattractive to the young generation. He also insisted the party youth front needs his leadership style which sought to empower the youth and prepare them to take up critical positions in the party.

“We would have a database of the youth front to monitor their progress in life and support them if there was a need. It would also serve as a tool for human resource needed to push the party” he said

Bright is in the race with Eleven others including former SRC President of the University of Ghana, Edem Agbana.

He is however confident of winning the race considering his roles as a party youth in Akatsi South and TEIN front.

He, therefore, called on all NDC youth in the region to buy into his vision and rally behind him for the Deputy Youth Organizer Position.