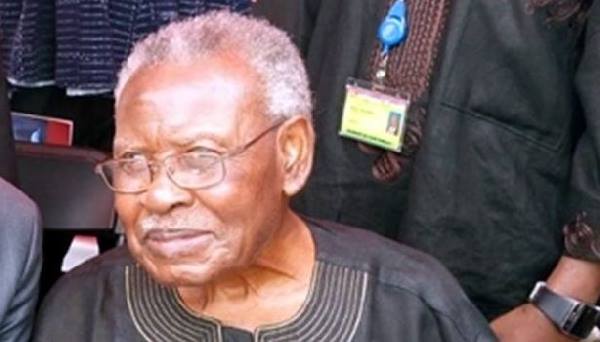 Before his passing, Kofi Annan had written a letter dated July 15, 2018, to express his condolence to the family of late statesman and stalwart of the governing New Patriotic Party, J.H. Mensah, who was coincidentally buried on August 17, 2018.

Late Annan in the letter addressed to J.H Mensah’s son described the late statesman as “an example and mentor to many and will long be remembered as a founding father of an independent democratic Ghana.”

[contextly_sidebar id=”78rOsjDHAHwbpRtWltuJ2OaC7NTMgyh0″]The letter was captured at the tributes section of the funeral brochure for J.H. Mensah’s burial service held in Accra on Friday, August 17, 2018.

The former UN Secretary-General passed away at a Hospital in the Swiss city of Bern.

A statement from his foundation said, “His wife Nane and their children Ama, Kojo and Nina were by his side during his last days.”

The family of late Kofi Annan has asked for privacy to mourn him.

“The family kindly requests privacy at this time of mourning,” the statement from his foundation added.

Read the letter he wrote to J.H. Mensah’s son:

I was very sorry to learn of the passing of your father, allow me to convey my deepest condolences to you and all the members of your family.

Joseph Henry was a leader amongst a generation of Ghanaian public servants who stewarded the country through independence and worked tirelessly to deliver on the hopes and aspirations of her people.

At home, and as an official of the UN and later the African Union, his intellect, dedication and humility rightly earned him the respect of all his peers, and I am not surprised to see the many expressions of and grief and public messages that have been issued these past days. He was an example and mentor to many and will long be remembered as a founding father of an independent democratic Ghana.

I will be in Accra over the coming months and hope to have the chance to personally express my sympathies. Sincerely, — with warmest personal regards.