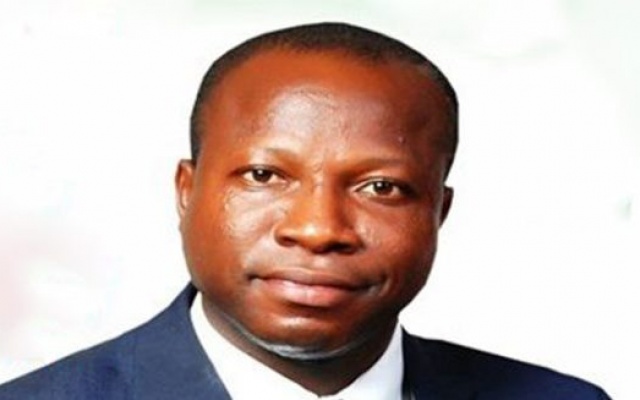 The government has been hit with a suit at the Supreme Court, seeking to prevent it from partaking in the construction of the controversial 5,000-seater national cathedral.

A member of the Convention People’s Party (CPP), James Kwabena Bomfeh, popularly known as Kabila, filed the suit according to documents sighted by Citi News.

He wants an interlocutory injunction to restrain the government or any of its representatives “from being involved in or taking any steps towards the construction of the Ghana National Cathedral, including the demolition of residences of justices of the Superior Courts.”

President Nana Akufo-Addo cut the sod for the construction of the national cathedral for on March 6, 2017, as part of events that marked Ghana’s 60th-anniversary celebration.

Funding for the project is to be sourced from individuals within the Christian community.

When President Akufo-Addo cut sod for the construction of the cathedral, critics questioned the need for the facility considering that Ghana was a secular state.

Others said the government was interfering in religious affairs with the project.

In  March 2017, Mr. Bomfeh filed a similar suit at the Supreme Court to challenge the decision to build the cathedral.

He had argued that Ghana as a secular state must not be seen to be getting involved in religious activities such as building a Christian Cathedral and facilitating Muslims’ pilgrimage to Mecca.

In that writ, he was seeking “a declaration that the decision of the Government of Ghana to purposely endorse, assist, aid, partly sponsor, and/or support the construction of a National Cathedral near the State House of Ghana, for Christian interdenominational church services amounts to an excessive entanglement of the Republic of Ghana and religion and therefore unconstitutional”.

The first legal action by Mr. Bomfeh did not end with a definite decision. The Supreme Court at its last sitting on the matter in July 2017, adjourned the case sine die (without a specified date).

The seven-member panel of judges presided over by now retired Justice William Atuguba, said the panel was not the one to hear the suit initiated by Mr. Bomfeh.

He had said at the time that a new panel should be put in place to hear the case, and Justice Atuguba accordingly adjourned the case sine die. The Attorney General was represented by Ms Grace Oppong, a principal state attorney, while one Abdul Baasit Aziz Bamba appeared for Kabilla.

The plan to relocate judges from their Ridge Roundabout residence in Accra to make way for the construction of the Cathedral attracted more criticism of the project.

Financiers of the cathedral according to government, will pay the temporary accommodation for the judicial staff including judges residing along the area earmarked for the project.

Government is then expected to construct permanent structures for them which would be ready in 2020.

Criticism from within Muslim community

The Coalition of Muslim Organisations, Ghana (COMOG), has chided the government for its involvement in religious matters in a secular state.

COMOG in a statement also expressed concern with the role government plays in the annual Hajj pilgrimage, saying it must be left for private people to manage it.

Spokesperson of the National Chief Imam, Sheikh Aremeyaw Shuaib, also posited that an interfaith edifice would have been more appropriate than the national cathedral because the project is tied to Ghana’s 60th-anniversary celebrations.

King Norbert writes: Why election of Volta NDC executives is crucial for 2020

GRA yields to pressure; backs down on CTN

GRA yields to pressure; backs down on CTN