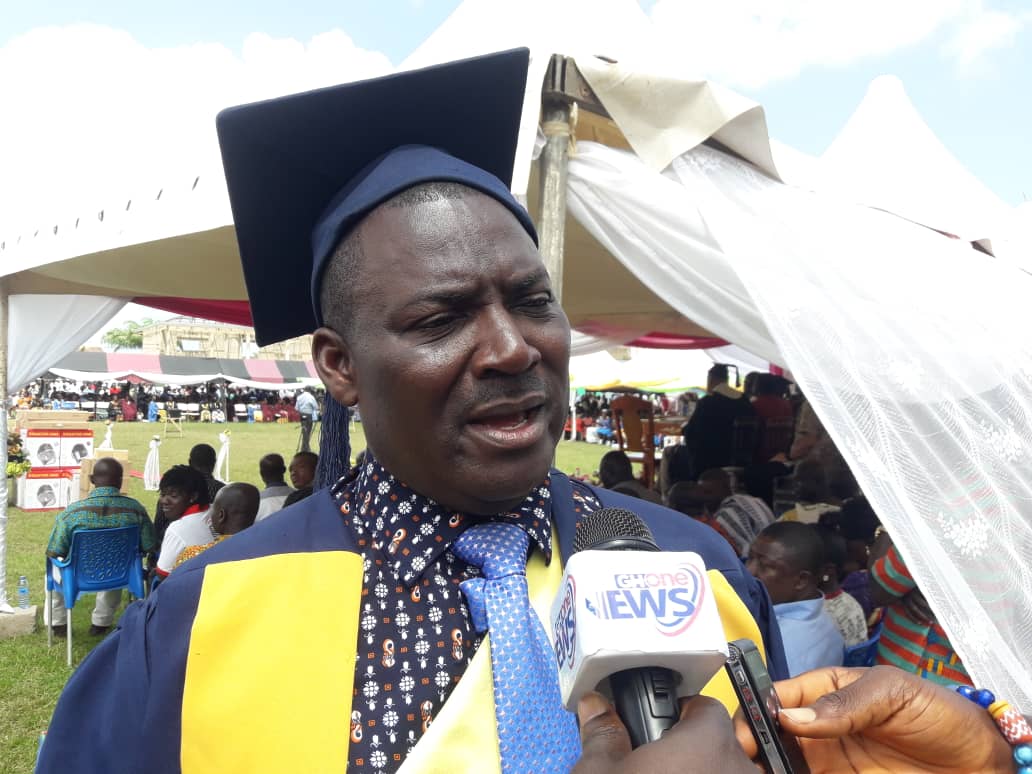 The leader of the Takoradi Central Church of Christ in the Western Region Bro. Dan Owusu-Asiama has bemoaned the dwindling spirit of voluntarism in the fabric of Christians in Ghana.

According to him, the core values on which Christianity thrives includes extending a helping hand to those in need, “but giving has eluded a country that has 70 percent of its population being Christians”.

Speaking at a graduation ceremony for 168 students of the Outreach Africa Free Vocational Institute, the missionary Bro Asiamah questioned the relevance of Christianity that lacks the spirit of voluntarism.

He said “Is it not amazing that more than 70 percent of the Ghanaian population claims to be Christians and yet the spirit of voluntarism has eluded us. Giving characterized the ministry of the lord Jesus Christ in the Bible, and yet today’s church is so unwilling to help the poor and needy in society.

This runs a very bad commentary on those of us who claim to be Christians, leaving the world to wonder if indeed we are actually practicing the Christianity we find in the Bible.”

Bro Asiama, who is also the Director of the Outreach Africa Vocational Institute; an educational institute that offers free hands-on skills training to the youth at Whindo in the Effia Kwesimintsim Municipality, spends several thousands of cedis on hundreds of youth every year from across the country and other African nations.

He told Citi News that his free education which has run for the past 10 years has been able to stand the test of time largely because God provides for those who voluntarily give to the needy.

He queried, “Didn’t Jesus ask us to be the salt of the earth and the light of the world? Does not the Bible tell us that it is much blessing to give than to receive? If so, why has the salt lost its flavor and the light refused to shine”?

In his view, the pressure associated with the times, coupled with poverty and other health related problems have rendered millions in society poor, much so that Christians ought to have helped, but  “our inordinate affection for money and material things are getting out of proportion…There is too much covetousness in Ghana today. As people, we rather need to reflect soberly on how we can help the millions among us who are living in abject poverty. Let us do away with petty partisan politics and cultivate great sense of patriotism. If we love our country, we will love to participate in its development”.