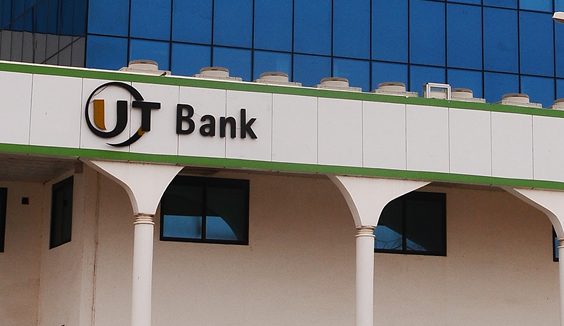 The Chief Executive Officer of defunct UT Bank, Prince Kofi Amoabeng, has lamented the collapse of his bank and says he is saddened by the turn of events before and after the collapse.

[contextly_sidebar id=”T1G1DTUgZPgiQPsEosmyPpP10WAU4NE9″]“Personally, I have been deeply disturbed by events that preceded the collapse of UT bank and more so, some of the happenings that have unfolded after the takeover by the Bank of Ghana.”

“In truth, my heart bleeds as I struggle to come to terms with the fact that the organization we toiled so hard to build over 20 years ceases to exist. A lot has been said over the period in question,” he said.

In a statement to break his 12-month long silence over the matter on Thursday, Mr. Amoabeng explained that he had refrained from making public comments about the collapse of his bank due to ongoing investigations by the Economic and Organized Crime Office (EOCO) into circumstances that resulted in the failure of the bank.

UT Bank, as well as Capital Bank, were collapsed and handed over to state-owned GBC Bank in August 2017 because they had become highly insolvent despite receiving GHC1.4 billion liquidity support from the Bank of Ghana.

Among the challenges of UT Bank, according to a BoG commissioned report, the Bank had given loans to many of its related parties without due processes and given several other bad loans to external companies.

The report also cited poor governance structure; thus fewer than expected number of directors and the majority of directors who were not independent as expected.

The CEO of the bank, Prince Kofi Amoabeng was also accused of failing to disclose a GH¢5 million loan payment money he had received from one of the bank’s client to the board,

But Kofi Amoabeng denied the claim in his statement, explaining that the money he received was not the payment for a loan, but proceeds of the sale of his personal house at Roman Ridge in Accra to one of the bank’s clients.

“Kofi Jobs Gyebi was a client of UT Bank who secured a loan facility and subsequently paid off the loan with its accrued interest in full.”

“Mr. Gyebi, after paying off in full his commitment to the Bank, expressed interest in purchasing my personal residence at Roman Ridge in Accra, which I had put up for sale.”

“Due to UT Bank’s challenges at the time, I instructed that payment of the said house be made to my personal bank account at UT Bank to help shore up the company’s liquidity. I wonder then, how, my decision not to disclose payment of monies into my personal account for the purchase of my personal residence constitutes a misdeed as suggested by several news reports,” Kofi Amoabeng explained.

The former army officer indicated that the development is negatively impacting his other businesses under the UT Holdings group.

He, however, indicated that he will continue to “co-operate with all state agencies probing the development for finality to be brought to this matter.”