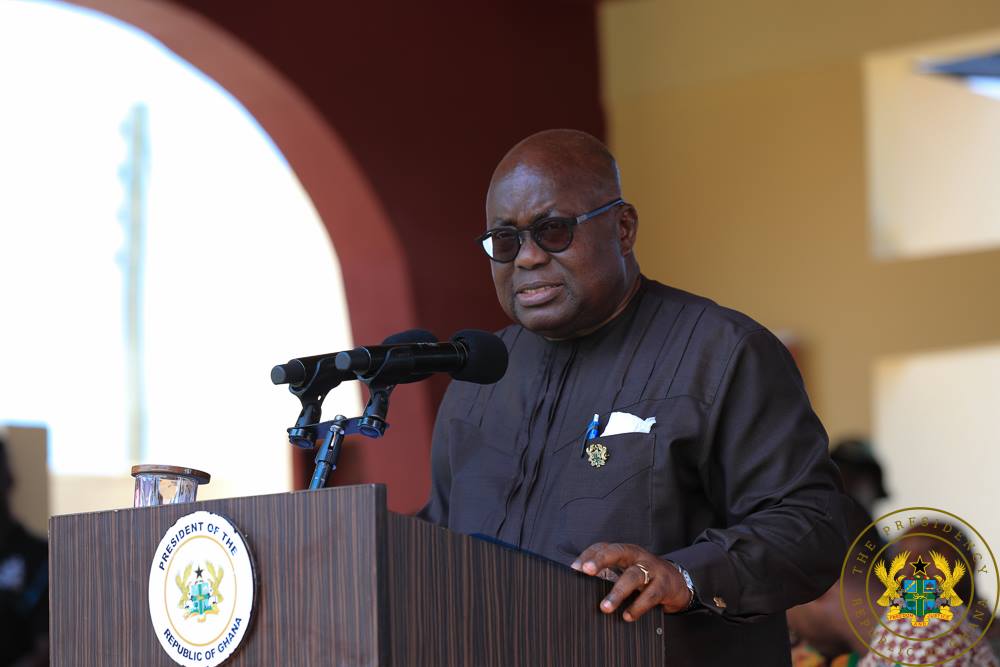 President Nana Akufo-Addo has reassigned some government appointees in his maiden reshuffle.

Information Minister, Dr. Mustapha Abdul-Hamid has been moved to Zongo and Inner Cities Development while the current sector Minister, Boniface Abubakar Saddique has been re-assigned to the office of the Vice President.

Kojo Oppong Nkrumah has been appointed as the substantive Minister for Information.

Other appointees who have been reshuffled include;

The Minister of Gender and Social Protection, Otiko Afisa Djaba has been moved from the Gender Ministry. She is Ambassador-designate for Italy. Her former role has been handed to the Agona West constituency, Cynthia Morrison. 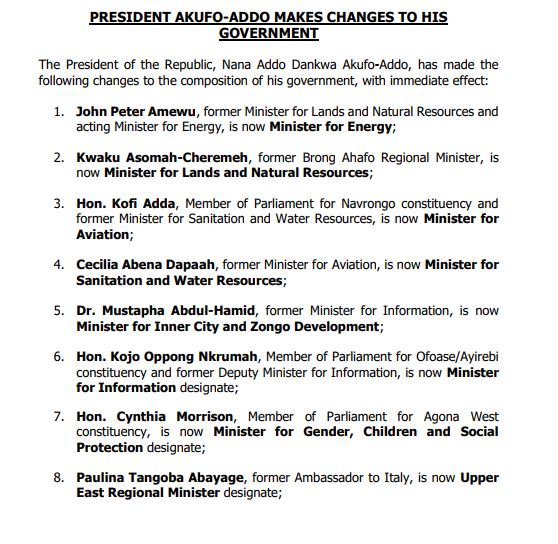 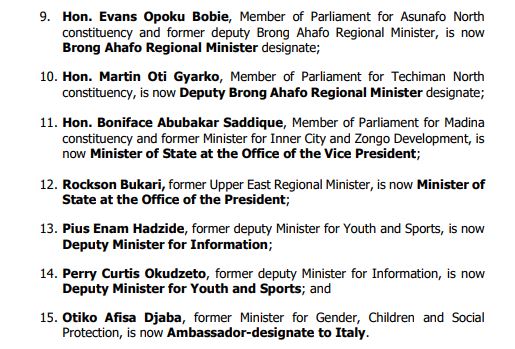 Several groups including the Centre for Democratic Governance (CDD-Ghana) had called on the President to downsize his government.

The CDD described the number of ministers and deputies in the Akufo-Addo government as ‘unprecedented’ and ‘obscene’, adding that it was likely to have a negative impact on the public purse.

The presidency said Mr. Agyarko’s dismissal was related to the controversial renegotiation.

In the meantime, John Peter Amewu is to act as Minister for Energy until a substantive appointment is made.