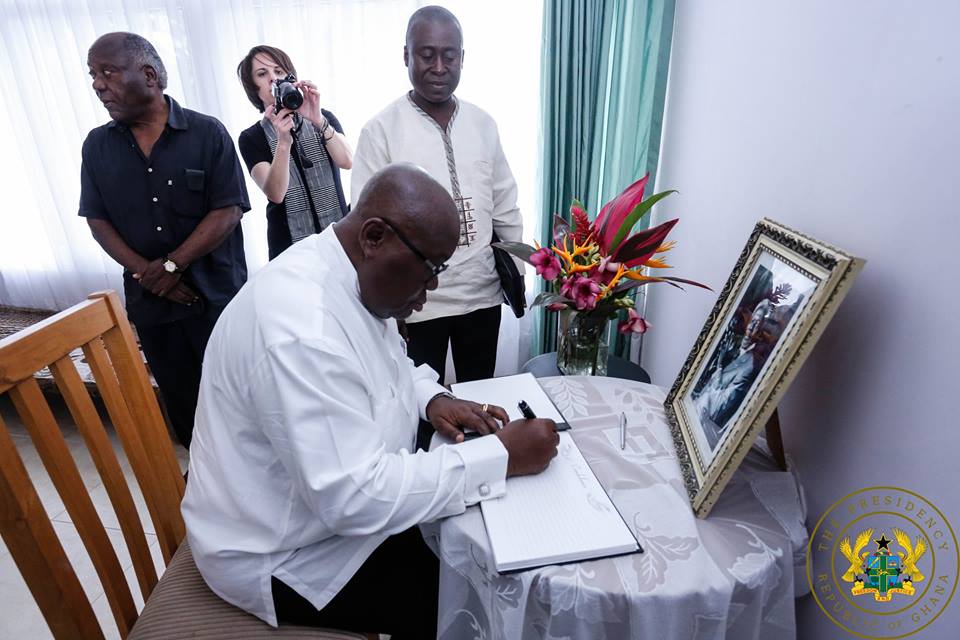 He signed the book on Sunday, when he visited the family of the late Kofi Annan to commiserate with them.

The family said Mr. Annan died at a Hospital in the Swiss city of Bern.

President Akufo-Addo in paying his tribute said, “A great Ghanaian who served his country, Africa and humanity with dignity and humility, has left us to join his Maker. Ghana has suffered a great loss from his passing. He brought great renown to our nation, and it is my wish that our nation honours him fully on his passing. God bless him and grant him a peaceful place of abode in his bosom.”

Mr. Annan is reported to have fallen ill on his way back from South Africa (the Mandela centenary). 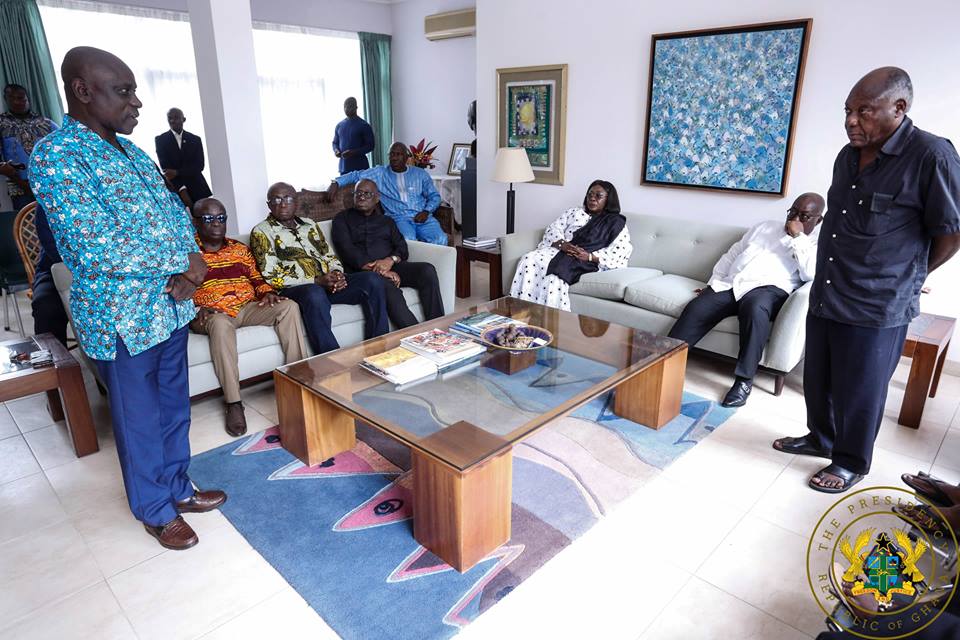 He was hospitalized in Geneva and later airlifted to the Swiss capital, Bern. 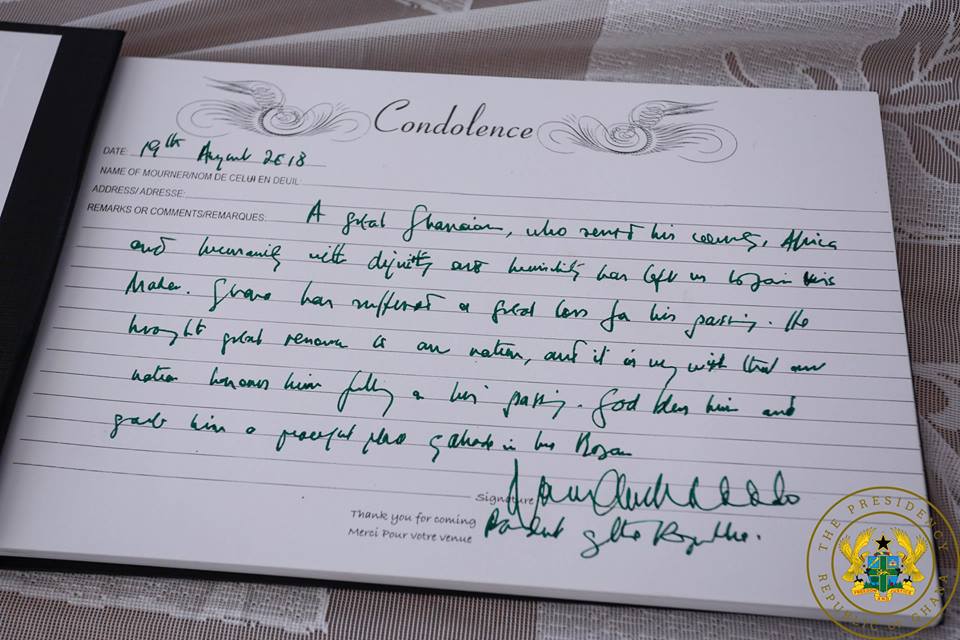 Minister of Information nominee, Kojo Oppong Nkrumah, has said the government is also in talks with the family over where Kofi Annan’s funeral will be held.

“Yesterday [Sunday], the president engaged with his immediate family here in Accra and on Wednesday books of condolences are being opened first at the Accra International Conference and our missions across the world. Today and tomorrow as well we are engaging with the family so that we begin exploring how to ensure that we give him a befitting final burial especially looking at the global interest.” 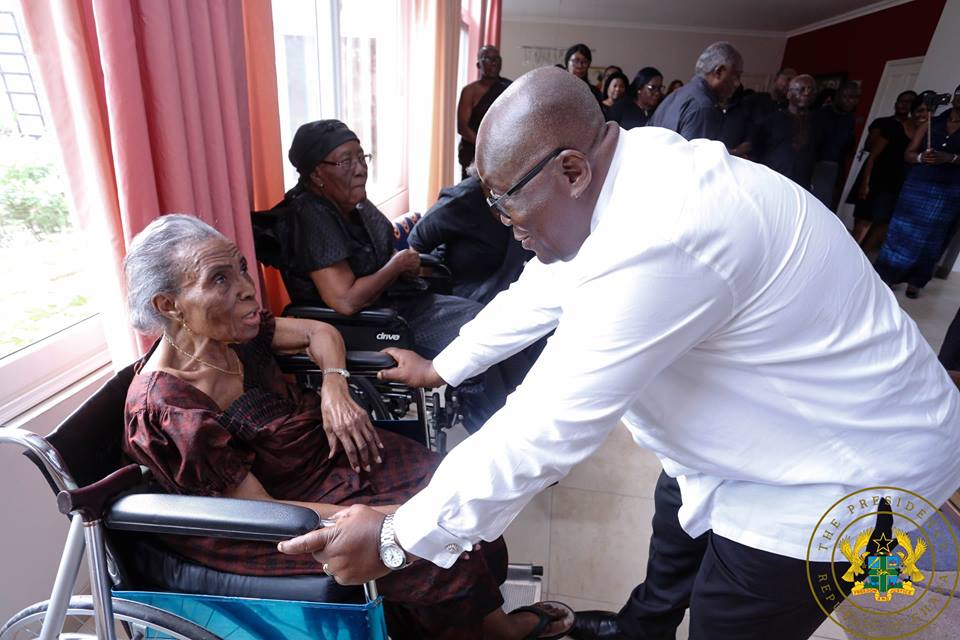 He said: “the State stands ready to provide all the support and the logistics that are required for whichever option agreed open.”

The Chairman of the Greater Accra Regional branch of the National Democratic Congress [NDC] Ade Coker, also called for the late former United Nations Secretary-General, Mr. Kofi Annan, to be buried in his home country, Ghana.

According to him, Mr. Kofi Annan’s burial place will serve as an important national memorial that could attract people to come to Ghana to learn more about him.

“I believe that we shouldn’t allow them to bury him in Switzerland. We should bring him here to this country. Great men are celebrated in this country, but we are yet to have a monument somewhere that will allow people pay pilgrimage to ask questions such as, who is this gentleman, what did he do, what can we learn from him?”