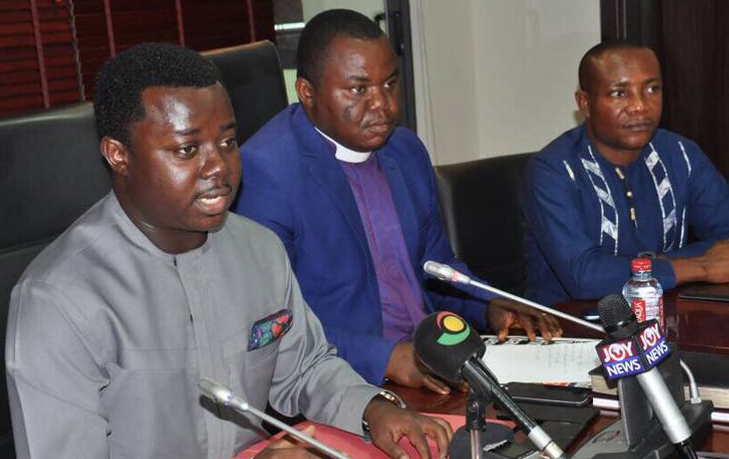 “It is extremely infantile and misguided for any individual or group to think that an improved and cohesive relations between the Government and religious leaders are deemed interference in religious matters,” he stated.

The MP, who is also a Reverend Minister of  the Victory Bible Church International at East Legon in Accra, said this in an article in response to the massive outcry over the controversial National Cathedral project.

Government has received backlash over its decision to evict some nine Court of Appeal judges and other residents around the Ridge area in Accra to pave the way for the construction of the National Cathedral.

Although government says the project will be funded by private institutions, some Ghanaians say they don’t believe such assurance.

The Coalition of Muslim Organisations, Ghana (COMOG) on Wednesday chastised government over the project saying it constitutes an interference in religious matters in a secular state like Ghana.

COMOG in a statement on Wednesday says it suspects the construction of the national cathedral is a state project, adding that government is only using the clergy as a cover up.

“The coalition would like to express serious concern about the increasing involvement of the Government of Ghana in religious matters and its implication for national unity and cohesion…Just as the Government of Ghana has not been involved in the construction of a religious edifices for Muslims, Traditionalists, Hindus etc, it should not be involved in the efforts by Christians to build themselves a cathedral,” COMOG stated.

But the MP in his article said “even if resources of the state were to be committed into the building of the National Cathedral for Ghana, that would be the most vital Government spending in the history of our nation, Ghana.”

“Why are people not rather concerned about the retrieval and retention of the estimated $3billion lost by Ghana through corruption every year? That’s where the real opportunity lies for massive infrastructure and a transformed and efficient health system,” he added.

Below is the full article by Rev. John Ntim:

National Cathedral is most vital monument in Ghana’s history

For all intents and purposes, we nationally and unanimously recognize and accept that indeed, it is the blessings of God that would build a great and prosperous Ghana.

Constitutionally, Ghana is a secular nation. However, in essence, cognizant of the estimated 70% Christians and 17% Muslims together with the Traditional and other significantly religious segments of our population; and the role these indispensably key actors in our society play in shaping development and culture, make it even the more expedient for a visionary leader to foster congenial relations with religious leaders.

I revere profoundly, the boldness and vision of President Akufo-Addo in supporting the building of this all-important national monument which to my mind, should have been built some 60 years ago.

It is extremely infantile and misguided for any individual or group to think that an improved and cohesive relations between the Government and religious leaders are deemed ‘interference in religious matters’.

I must emphatically establish the point that even if resources of the States were to be committed into the building of the National Cathedral for Ghana, that would be the most vital Government spending in the history of our nation-state Ghana. Why are people not rather concerned about the retrieval and retention of the estimated $3billion lost by Ghana through corruption every year? That’s where the real opportunity lies for massive infrastructure and a transformed and efficient health system.

President Felix Houphouet Boigny of Ivory Coast built a $300 million National Cathedral to be known as the Basilica of Our Lady of Peace in Yamoussoukro for a country with just 30% Christian population at the time. In 1990, Pope John Paul II commissioned this monumental Cathedral in Ivory Coast. St George’s Chapel in England, which serves as National Cathedral and a place of worship by the Queen of England and where extremely important ceremonies are held, was built in the 14th century not with private funds but state funds. Washington National Cathedral, which is a leading tourist attraction is a sacred monument built to host major national ceremonies including state burial service for distinguished statesmen in USA.

In all these, the most disheartening and disappointing observation is Christians who have joined in rationalizing ill-informed criticisms being heaped on this long-overdue monumental vision. The National Cathedral shall be built, it shall be built to honor God and to serve us all!

God bless Ghana and make our nation great and strong!