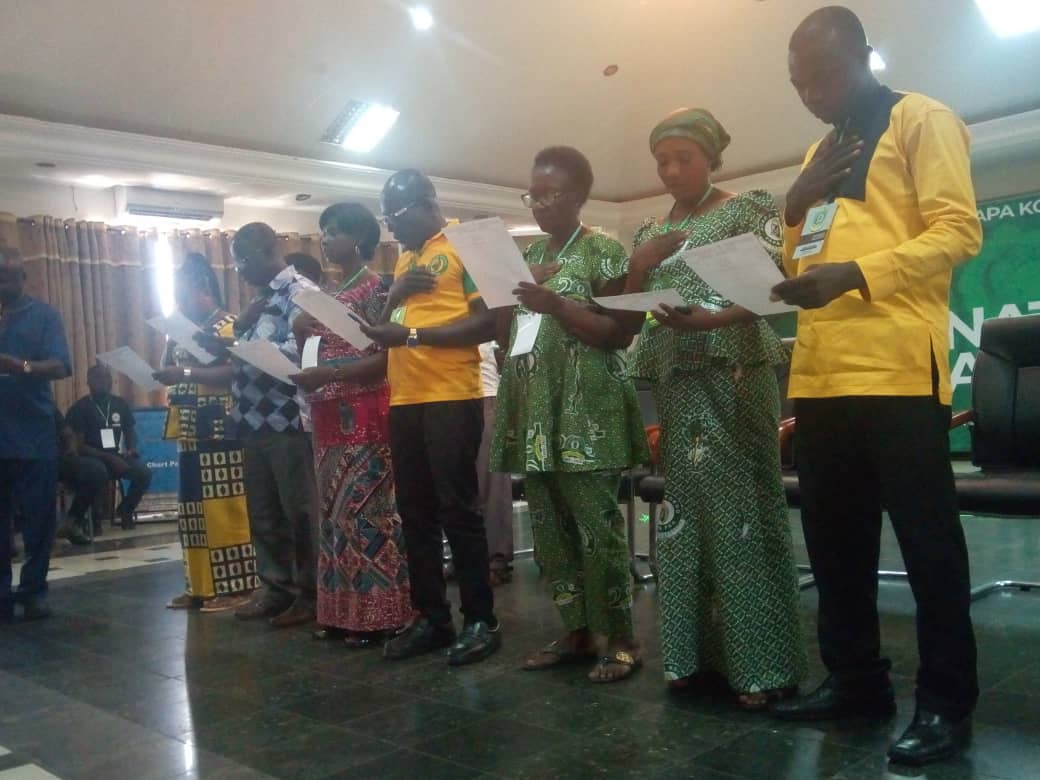 Elected executives of the Kuapa Kooko Farmers Union (KKFU) have pledged to run a transparent and an accountable administration within their four year tenure.

The executives maintained that the administration will guide against discrimination, nepotism and bias towards members of the union.

The executives have also pledged to prioritize the welfare of members and also ensure that policies that will enhance the needs of farmers are implemented. 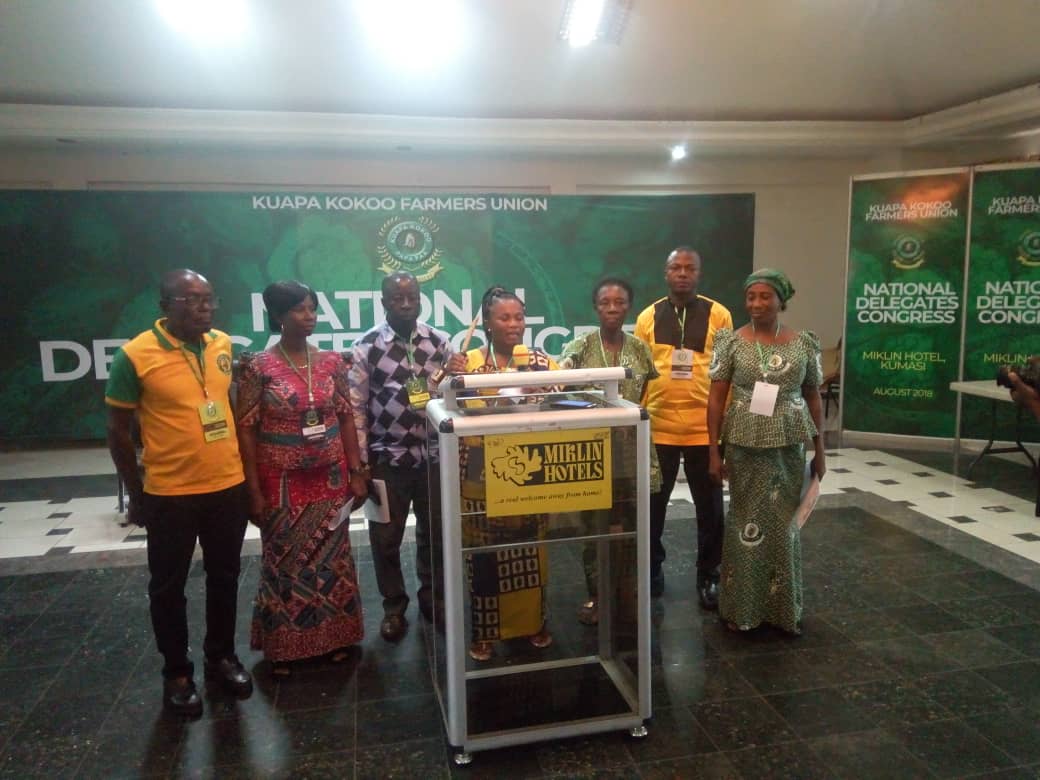 These remarks were made after the executives were successfully elected at the Union’s 2018 National Congress in Kumasi.

The elections were without hitches as delegates and the candidates comported themselves before, during and after the process.

Speaking to journalists after the swearing in ceremony of the elected executives, the retained President for the Union, Madam Fatima Ali, said she and the other executives will work hard to prioritize the needs of cocoa farmers and other union members.

She indicated that the leadership will also work at enhancing the skills of cocoa farmers through periodic training and capacity building to help them maximize their yields and minimize losses in the sector. 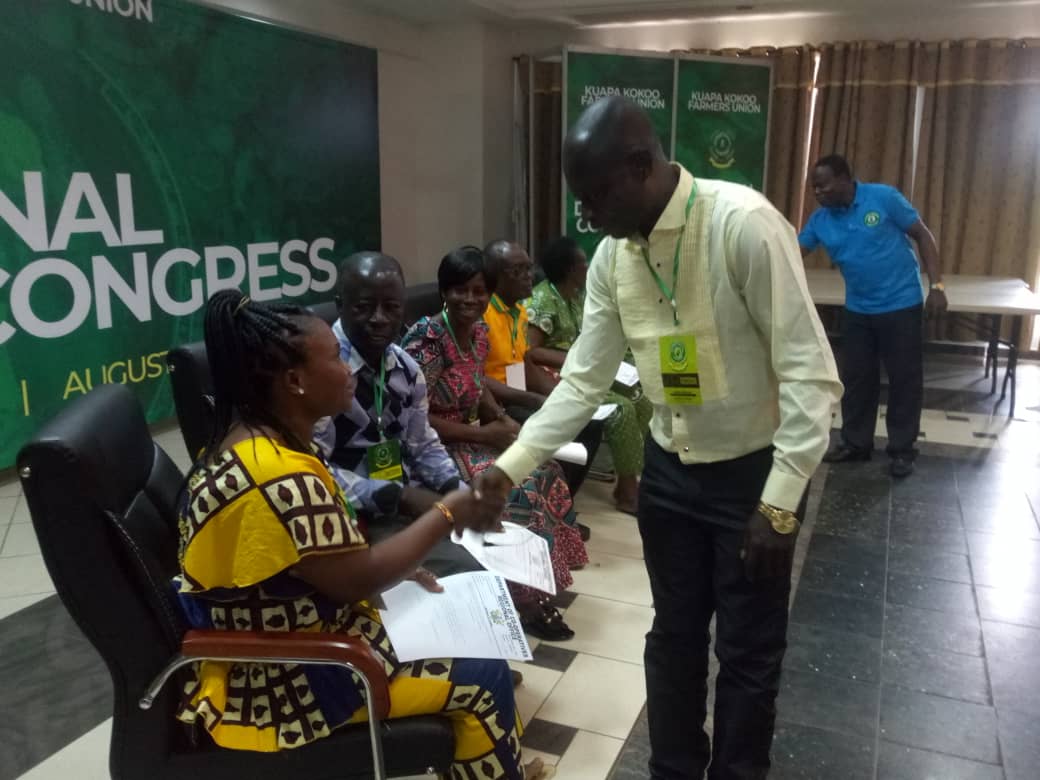 “The main priority for the us as elected executives is the progress of Kuapa Kooko and the well-being of our farmers and other Union members. We will put in place friendly policies to ensure that farmers are able to increase their yields every season. We will ensure that there is no discrimination within the Union and we will also ensure that transparency and accountability will be effective so that the farmers can always have trust in the leadership”, she stressed.

Madam Ali said part of the policies to help Cocoa Farmers was the introduction of Tele Agric Technology for Cocoa farmers and the Union members.

According to her, the system was aimed at helping cocoa farmers to enhance productivity in the sector.

She explained that the mobile phone innovation will allow for communication in local dialect to make interaction easy for farmers who need help from their Agric extension officersa and others.

She further said Kuapa Kokoo has programmed anything pertaining to cocoa farming on mobile phones which has been supplied to farmers to teach them how to operate it.

The Kuapa Kooko Farmers Union President emphasized that there was the need to replace old cocoa trees with new ones and the planting more trees to help increase productivity in Ghana’s cocoa sector.

She indicated that leadership of the Union will train farmers on afforestation methods to get them to plant more trees on their cocoa farms to boost production.

Provision of Chemicals and Fertilizers by Government

Madam Fatima Ali called on Government to distribute enough pesticides and other chemicals to cocoa farmers to help them prevent diseases and pests from destroying cocoa farms.

She also appealed for adequate fertilizers for cocoa farmers to increase production levels in the sector.

According to her, although Government has been providing farmers with the pesticides and fertilizers, the quantity should be increased and the distribution should always be timely and sustained.

She called on all the union members to rally behind the elected members and leadership so they can work together towards the progress of the Union. 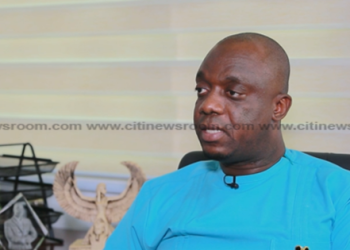