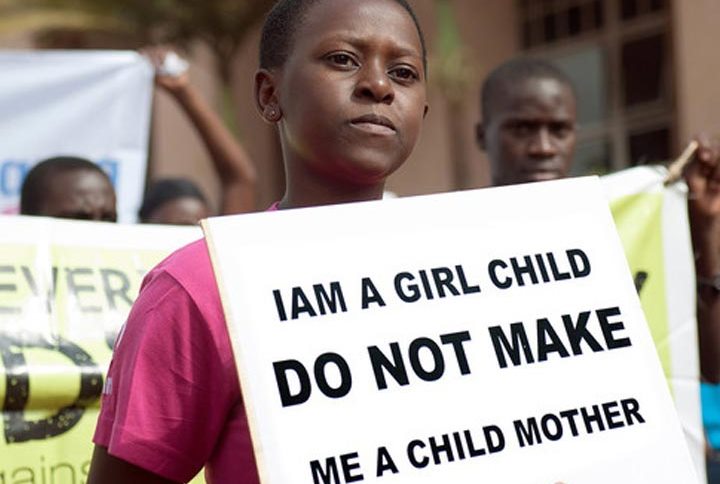 Media reports are inundated with various issues that confront the holistic development of the girl-child in rural and urban areas of the country.

These issues make the girl child an endangered species. The issues range from their protection from childhood, through their adolescence to their teenage years

The specific challenges are female genital mutilation, defilement, rape, teenage pregnancy, child marriage, and sexual exploitation, just to mention a few. All these issues have one negative effect or the other in the holistic development of the girl-child.

In the quest to address these challenges, the UN Sustainable Development Goal (SDG) 5 states, “achieve gender equality and empower women and girls. This goal is accompanied by targets that aim at eliminating as well as ending violence, harmful practices, trafficking and sexual exploitation; promulgation of social protection policies and promoting sexual and reproductive health and rights.

While the world bodies are working assiduously through various strategies to ensure that the girl child realises her full potentials, governments are saddled with the issues of overcoming the challenges that hinder the progress of the girl child.

As much as the issue looks normal since the media has at one point in time or the other reported issues of such nature, its supposed normalcy should cause policy makers and especially the legislature as well as the executive see the matter as one that has the tendency to destroy the future human resource of the country.

This is because no matter how great and wonderful other policies that are supposed to develop the human resources of the country issues such as teenage pregnancy has a way of drawing the country back.

The trend should begin to inform policymakers in the various institutions that have oversight responsibilities over the protection and the holistic development of the girl child that there’s the need to urgently identify the root causes of these problems and put out the measures that can help to change the situation.

On the other hand, the politicians who design various programmes that supposedly meant to protect the girl child should also begin to ask what can be done to arrest the situation that can mar the future of a section of the youthful population of Ghana.

Teenage pregnancy has the tendency to draw the academic and technical development of the girl child. It again puts a higher burden on the state in drawing policies to take care of children born by teenage mothers.

Girl child empowerment and gender equality will become a mirage if the progressive forces don’t rise up to arrest the challenges that can mar the development of the girl child and deny her as well as the nation of benefiting from her active participation in the development of their communities, regions and country.

Over and over again, the issue of strengthening the institutions that have the oversight responsibility of protecting the girl-child keep coming up. Unfortunately, those who have the power to ensure that these institutions are resourced to perform their mandatory roles of supervising and implementing national policies have either allocated little or no funds for these roles.

How can we ensure that the girl child is protected if the institutions at the regional and metropolitan municipal and district levels have little or no funds to embark on outreach programmes? In most regional, metropolitan, municipal and district offices of government agencies, staff go to work only to work and sit in their offices since there’re no vehicles and other resources to facilitate their work.

So it becomes a zero-sum situation where while the government pays their salaries, resources for their mandatory duties are not performed and the nation loses.

In fact, the matter of the rise of teenage pregnancy among young girls in the Volta Region should bother the Members of Parliament in the Volta Region and the whole of the country. It should cause them to put their hands to the plough in discussing this issue on the floor of parliament. Why are they the representatives of the people if not for issues that have the tendency to mar the future of the human resource of the country?

Again, MPs, MMDCEs, religious, traditional leaders and civil society organisations in girl child rights and protection should rise up to arrest this situation.

Let’s save the girl child. Her challenges are our challenges; her success is a plus for national development!

The writer is a freelance journalist. kw.ameblege@hotmail.com/kwameselom12@gmail.com