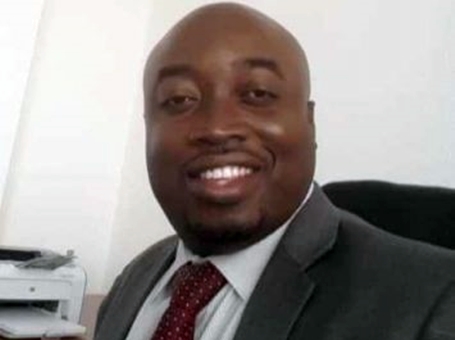 The recent public tumult of anger about the unacceptable and preventable death of Mr. Anthony Opoku Acheampon at LEKMA hospital sparked fury among most Ghanaians and shocked many especially the less fortunate once who have to rely solely on our national health delivery system. Indeed the thought that a fellow citizen of this country who has worked all his life here in Ghana, created jobs and provided livelihood for many and in his time of need, was turned down by the very people trained to save him must send shock through our spines.

It would’ve still been outrageous if only one hospital had refused him treatment but to think of seven different hospitals clearly tells us that the original moral and social fabric of the Ghanaian is fast depleting. The political system we have ignorantly chosen which leaves everybody in society to fend for his or her self has slowly produced different kind of citizens where respect and recognition is offered based fame, wealth acquisition and material possession.

Now, if you think that having the no-bed syndrome in our health delivery system is bad enough, brace yourself. Because it is important to note that the country currently does not have higher/tertiary education policy which will seek to provide direction in certain needed specialised areas especially in the health sector. We are in the 21st century and my general overview of the Ghana healthcare delivery system is the one which some expert may refer to as lacking significance and vision.

Taking into consideration that the purposiveness of an effective health system does not exist in the physical infrastructure of a hospital but rather the functionality of it and its total commitment to save and preserve lives, the Ghana health system severely lacks some specialised physicians that is it not a surprise the level of attrition currently in the country must shock every citizen once he or she becomes aware of it.

Below are some of the above specialised and sub-specialised areas in medicine that Ghana given its current population of over 25 million cannot boast of having even five percent of the minimum required sub-specialised physicians per 100,000 people.

It is important to note that the targeted education policy in the 60s established by Dr. Kwame Nkrumah which sought to practically develop specialised skills by sending students abroad was abolished and since then, there hasn’t been such similar tertiary education policy where government investigates to establish shortages of critical skills in different areas in society including Medicine, Engineering, Agriculture etc.

Since the government does not systematically seek to develop human resource within the health system, and whiles the scholarship secretariat does not also focus on providing meaningful scholarships that will provide direct benefits to the society, most specialised doctors we find in Ghana are self-financed and that’s never enough to solve any problem. Hence the many preventable deaths we see everywhere.

Nephrologists are kidney doctors.  They have the expertise to treat patients that have partial kidney damage which may be referred to as renal insufficiency or kidney failure.  When a person has kidney failure they may require dialysis to control the electrolytes (sodium, potassium, and calcium), water and waste products in their bodies.  Nephrologists are the doctors that manage the dialysis. Pediatric Nephrologists are the sub-specialised doctors as indicated above but these ones concentrate more children. Unfortunately, the entire health system does not have up to 10 of these specialised/sub-specialised physicians nationwide.

Pulmonologists are lung doctors that focus on conditions relating to asthma and emphysema/chronic bronchitis which is also known as COPD.  Fascinatingly, pulmonologists are also experts in sleeping problems. Taking into consideration that sleeping problems are directly related to breathing with one of their major focuses being a condition called sleep apnea, Pulmonologists are fundamentally crucial for the success of an overall health delivery system everywhere but again, unfortunately, my research revealed we have less than 8 in Ghana instead of at least 300.

The sub-specialised physicians referred to as Endocrinologists are the ones which deal specifically with hormone and gland.  These sub-specialised doctors also focus on diseases connected with the thyroid gland i. e. either over or under-active thyroid and relating to diabetes and other hormone malfunctioning conditions. Even though most diabetic patient usually sees their Primary Care Physicians (PCP), some diabetic patients prefer to see an endocrinologist for diabetes. Currently, the number of fully qualified Endocrinologists in Ghana is less than 12 nationwide.

Current statistics show that heart-related diseases kill seven out of every 10 adults in Ghana. This makes the need for more properly qualified cardiologists vital and urgent. Cardiologists are heart and blood vessel doctors.  These physicians primarily focus on preventing heart attacks and treating patients who have had heart attacks which is often referred to as cardiac arrest.

Cardiologists also see patients that have a condition called Congestive Heart Failure (or CHF), where the heart does not pump as strong as it should and as a result patients with CHF tend to retain fluid in their legs and lungs. Looking at the alarming rate with which Ghanaians die every day at homes and at hospitals, this country should have at least 4 Cardiologists in every district hospital and at least15 to 20 at all regional hospitals. However, in reality, the entire country cannot boast of having over 20 fully qualified Cardiologists.

They see patients who have problems with severe or chronic heartburn, indigestion, stomach pain, chronic diarrhea or constipation and a condition called irritable bowel syndrome. Taken into consideration the size of Ghana’s population, we need at least 300 GI doctors nationwide to achieve any meaningful lifesaving target.

Hepatologists exclusively focus on the liver.  While GI doctors sometimes also see patients with liver problems, Hepatologists typically see patients that have chronic or severe liver conditions. These conditions include Hepatitis A, B or C or people who actually have liver failure and may need a liver transplant.

My initial enquiry indicated a possible 12 or less fully qualified Hepatologists across the country. In my humble opinion, given the rampant nature of liver infection in Ghana and how volatile in terms of its contagious nature, I believe the Greater Accra alone should have at least 500 Hepatologists or the entire country should have 2500. Unfortunately, the entire country we have no more than 20 fully qualified Hepatologists. A very disturbing situation we find ourselves in.

Hematologists are sub-specialised who deals with blood disorders and Oncologists are specialised doctors that see patient cancers.  These two sub-specialties are generally lumped together and Hematologist/Oncologists will often see patients with blood disorders like anemia (low blood count) or blood related cancers such as leukemia etc. lung and colon cancers are the most frequent types of cancers that these doctors treat. Investigations across the country as at November 2017 showed that we do not have at least 20 of such sub-specialised doctors in our overall health service delivery.

Rheumatologists treat conditions called ‘Autoimmune Diseases.’  An autoimmune disease is where the body’s own immune system attacks itself rather than an outside bacteria or virus.  Examples of autoimmune diseases are lupus rheumatoid arthritis and.  Autoimmune diseases often cause pain and swelling in the joints, so rheumatologists are also joint experts and treat various joint conditions (e.g. gout etc.) studies conducted within the Ghana health institution did not indicate major pressure on Rheumatologists as compared to other specialised fields as indicated above. However the number of fully qualified Rheumatologists in Ghana is mournfully low and unsatisfactory. At least every Regional Hospital needs 6 of such doctors and 2 in every District Hospital. Indeed major referral hospitals such as Korle Bu and Komfo Anokye may need significantly higher numbers of Rheumatologists.

Like I always say, “It is the failure or the inability of the black man to propose an alternative way of reasoning based on his perspective on the true meaning of life which have left him so confused that Justice, Truth, Reasoning and Originality he must always rely on what may appear to be beautiful (promise of goodness) in the eyes of the West”. Kofi Annor.