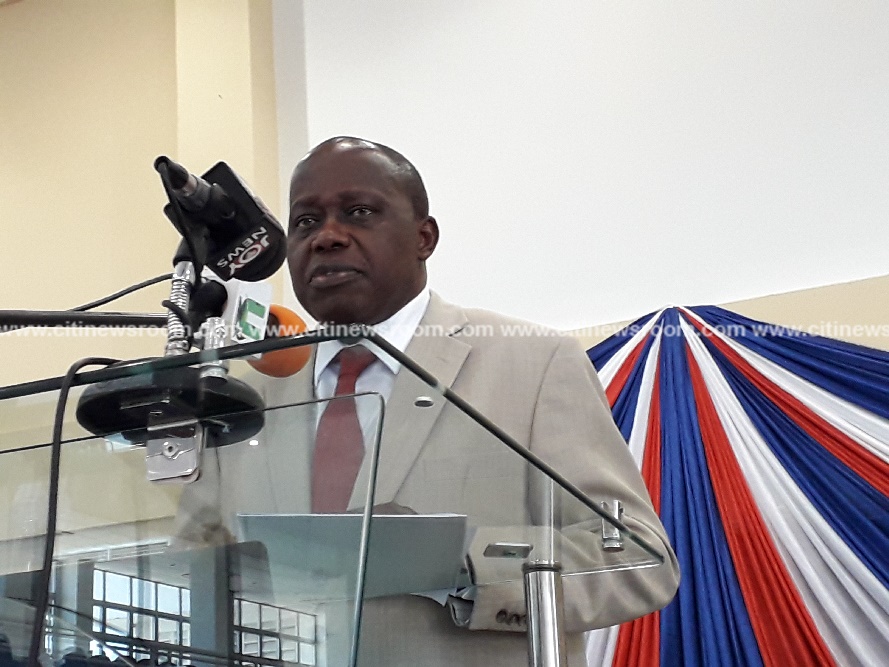 The Principal of the College of Languages Education at the University of Education, Winneba (UEW), Professor Ephraim Avea Nsoh, has accused the institution’s acting Vice-Chancellor, Prof. Father Anthony Afful-Broni of witch-hunting.

“I want to state categorically that the acting Vice-Chancellor is just targeting people and there are clear indications. The Council has to be very cautious and not to allow him to mislead them as he is doing now,” he stated.

The University has asked Professor Nsoh to step aside while investigations are carried out into his conduct at the school.

[contextly_sidebar id=”oe0oKfhPmK8Y9GDrk2zs6rcbVOr9VrrW”] It is unclear why he is being investigated, but it is believed to be a result of disagreement over the recent dismissal of some senior officers.

He told Citi News he was unperturbed about the development as his side of the story will come out.

“I am the only person who is ready to talk now and is able to caution people in the system. There is no one who is going to defend me again. For me, I am just waiting for the next step and hand over.”

“I am clean, and anyone who has known me knows that I am forthright, I am straight, and I don’t like illegal dealings. Nothing will happen. I will continue to make it clear to everybody what it is. I want to go further, so people know what is going on the grounds. I need to calm the tensions of my colleagues,” he added.

The governing council of the University of Education, Winneba, has dismissed five principal officers of the institution following an emergency meeting on Monday.

One other official has had her appointment terminated.

They were interdicted in July 2017 by the UEW governing council to allow for investigations after it emerged that some vital documents at some offices at the center of an ongoing investigation had gone missing.

But, Prof. Nsoh described the dismissal as unfortunate.

“It is very disturbing indeed. It’s very unfortunate and a tragic loss. I’m hoping that they can fight it back to get what they have been due for over 20 years”.

A Winneba High Court in 2017 ordered Professor Mawutor Avoke, to step aside until a case brought against him and the University’s Governing Council is determined.

The order was made in a case brought before the court by one Supi Kofi Kwayera, who insisted that the Vice Chancellor and the Finance Officer, were operating under the institution’s defunct governing council.

Is the Office of the Special Prosecutor on the road to nowhere?