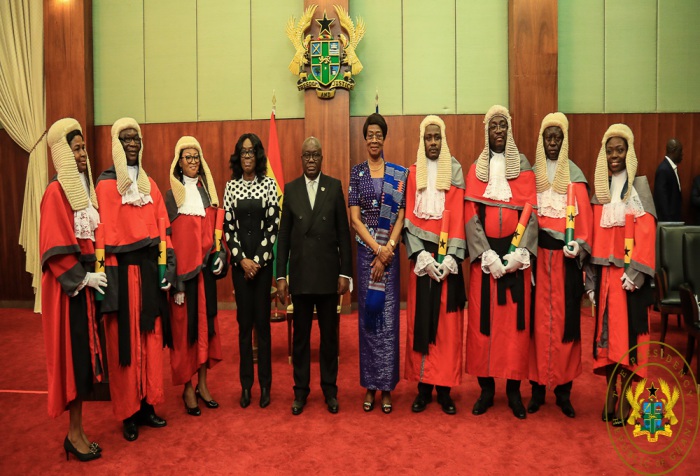 President Akufo-Addo has cautioned the country’s judges against corruption, adding that judges who misconduct themselves will be dealt with according to the law.

[contextly_sidebar id=”D3DfGmpVRWZV7Ulm68yviO2zd0fTHYJQ”]Speaking at the swearing-in of some seven high court judges at the Jubilee House in Accra, Nana Akufo-Addo said the judiciary should redeem itself from the perception of corruption.

The government sacked over 20 judges who were indicted in a judicial corruption investigation  by journalist Anas Aremeyaw Anas in 2015.

“This cannot and must not be allowed to continue, and any judge found to be misconducting himself or herself, should know that he or she will face the full rigors of the law, ” the President said.

The President also urged judges of the High Court to exhibit honesty and integrity in their work.

In June, the Association of Magistrates and Judges of Ghana were upset that the Chief Justice, Sophia Akuffo, was being made to look like a trades union representative in the negotiations over salaries and conditions of service.

The Association feels there should be systems in place to address the salary concerns of judges.

These concerns were made as the Association again served notice that it may strike over their salaries and conditions of service.