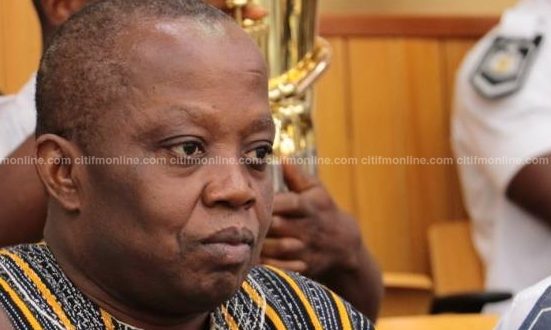 The Auditor General, Daniel Domelevo, has petitioned President Akufo-Addo over what he calls unlawful interference in his work by the Service’s Board Chairman, Dr. Edward Dua-Agyeman.

[contextly_sidebar id=”NMY8FGLliF9ZQlzEPLYU2cPfimsLNVic”]In his petition, he said he received a complaint from a prospective vendor that his firm was stopped from submitting proposals.

Mr. Domelovo said this was done without his knowledge and the knowledge of the Public Procurement Authority.

According to him, “the Chairman admitted to the offence with the excuse that the law did not exist during his tenure of office as Auditor General.”

Mr. Domelovo also said the Board Chairman, who served as Auditor-General between 2001 and 2009 tried to commission an audit behind his back.

“I again questioned the Chairman as to his mandate to audit the Public Service and the reasons for calling the DAG to that meeting without my knowledge. His response was that he thought the audit in question was below my level as the Auditor-General.”

In addition to this, when Mr. Domelovo was away in Kigali, Rwanda in May, he received reports from the acting Auditor General that instruction had been given by the Chairman to invite the team conducting a special audit of the National Health Insurance Authority (NHIA).

He noted in the petition that “the Chairman wrongly accused the audit team of giving the audited institution only five days to respond to the audit observations instead of 30 days.”

“I wrote to the Chairman again questioning the mandate with which he was interfering with the audit process and informed him that I was inviting my lawyers to come in and stop him from the continuous interference with my constitutional mandate.”

Mr. Domelovo added that he had not considered legal action but “thought it wise to attempt settling it administratively.”