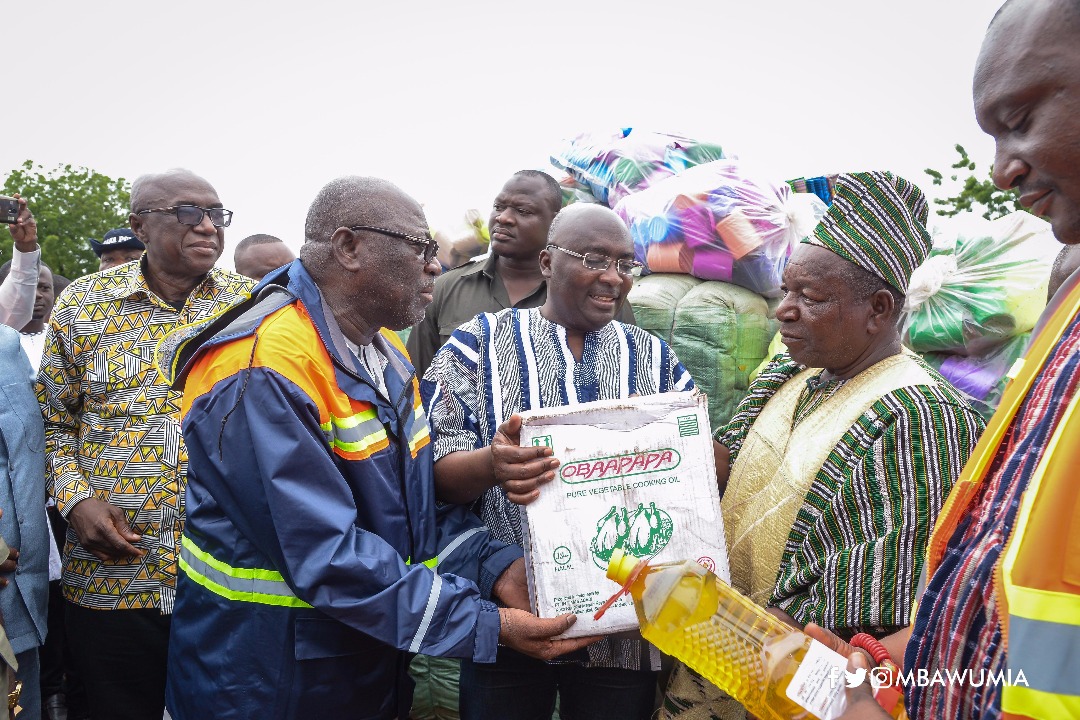 A former presidential staffer and member of the opposition National Democratic Congress (NDC), Kojo Adu-Asare, is asking Vice President Dr. Mahamadu Bawumia to resign from office over the donation of expired food items to flood victims in the Upper West Region on behalf of the government.

Last week, it emerged that some food items supplied by Vice President, Dr. Mahamudu Bawumia to flood victims in the Upper West Region had expired.

Some of the victims reportedly became ill after consuming the products.

[contextly_sidebar id=”YPKN7EmIj7rKrnOcSmxKhx4amCPmUDma”]Although the National Disaster Management Organization (NADMO) has taken full responsibility for the incident, it has suspended its Upper West regional stores manager as a result.

Speaking on The Big Issue. Mr. Adu-Asare said no other individual than the Vice President should be blamed for the incident and as such, he must resign.

“If there is anybody to resign, it should be the Vice President. He should resign because this is a scandal. What if somebody from [the affected] family had died. This is out of place; Vice President of the republic will go and donate items that have expired”.

‘Competent’ Bawumia should have known more

He said Dr. Bawumia who preached and described former President John Mahama as incompetent has rather displayed the worst form of ineptitude.

“One cannot take that blame from him. He can’t pass that buck to anybody but himself. This is the Vice President who knows how to refer to other persons as incompetent and for that matter you would expect that when he is going to donate items such as this, he should have an office made up of people who are meticulous and particular of the very items that are going to be distributed to these people”.

The Upper West Regional Communications Officer of the NDC, Prosper Puo-Ire, at a press conference said: “after several complaints from some of the victims, we noticed with shock and dismay, right after the donation that the items were expired products given to them”.

The NDC has thus called on President Nana Addo to apologize to the people of the Upper West Region, and the affected flood victims who say they were ” left in greater pains” after consuming the items.

The party also demanded the removal of the Upper West Regional Coordinator of the National Disaster Management Organization (NADMO) for the occurrence.

“Government must immediately remedy the embarrassment the Vice President caused by coming to the aid of the disaster victims in a more dignified and proper manner”.

Expired food donation to flood victims was our mistake – NADMO

Meanwhile, the National Disaster Management Organization (NADMO), has taken responsibility for the distribution of some expired food items to flood victims in the Upper West Region.

The Upper West Regional branch of NADMO confirmed to Citi News it received reports suggesting that some recipients indeed complained of being sick after consuming some of the food items.

Communications Director for NADMO, George Ayisi on Eyewitness News described the development as a “mistake” on the part of NADMO.

“We came here to help bring relief to the people. Unfortunately when we were offloading the items onto the vehicle, we had some expired items that had been stored in the warehouse in Wa, and some of the loaders unfortunately picked some boxes, and added them to the items that were being loaded, and that is why we had this problem.”