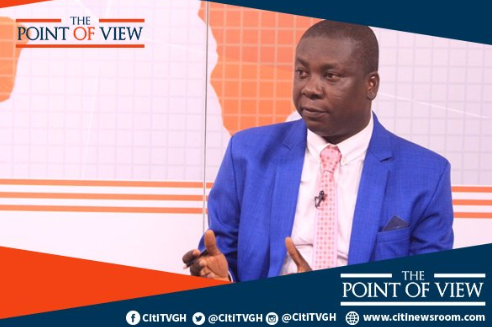 Gideon Boako, Spokesperson for the Vice President, has said the New Patriotic Party (NPP) government should be commended for improving on the rate of the cedi’s depreciation, although Ghc5.00 is almost equal to one dollar.

[contextly_sidebar id=”X7atwDU9I7VmpFLXklGdzX0vk7YZyCjD”]The economist, who was speaking on Citi TV’s Point of View, said the rate of the cedi’s depreciation is much better as a result of some government actions, compared to the previous administration.

“What is important is that, whatever the depreciation was at the time is not the same as today. That is why if someone has been able to reduce the rate of depreciation from a point of 31 percent to 6 percent, you do not just be ungrateful to that person and say he has not done well.”

“It means that given the chance, that person has what it takes to take you to a point where you have zero depreciation and you can think of how to grow up. That is the most important. If you do not situate the argument within that context, you will just be comparing the nominal figures,” said Dr. Boako.

“It is important to also note that in so far as we don’t run a fixed exchange rate regime, depreciation is something that will be difficult to say you won’t see it at all. You try as much as possible to contain it, and make sure you appreciate. But given the structure of our economy right from Guggisberg’s time to Nkrumah till today, the structure of the economy is such that we are mostly net importers, and so the trade accounts issued will affect our local currency at all times. We also have huge exposures to foreign investors in the country – those who are doing retail businesses and the likes so they repatriate money outside and all of these will have effect on us” he added.

According to Dr. Boako, unlike in the case of the NDC administration at the time, the NPP’s economic fundamentals remain strong considering the rate of the cedi’s depreciation vis-a-vis the rate of inflation.

Dr. Boako added that the Ghana cedi was not the only currency going through turbulent times due to some global pressures, making references to the depreciation of the British pound and the Euro against the dollar.

“You may think that because Ghana cedi is depreciating it’s not good. But given the same conditions, the global contagion and all that, look at the depreciation in other countries. I am not saying that is the argument we should do, but it’s important to know that the Euro and the pounds are all depreciating against the dollar. The Argentinian peso is depreciating by 50%. I am giving you this context for you to understand that, it is not necessarily the cedi that has it’s value going down.

When Dr. Boako was reminded by the host Bernard Avle that at the time Dr. Bawumia was taking on the NDC over the depreciation of the cedi, it was also possible that other currencies were equally struggling globally, he said “You can bring in that argument but whatever the depreciation was then at 31%, it’s not the same at 6% today.”

“Trying to solve the cedi’s depreciation by focusing on de- dollarization really is attacking the effects of the problem and not its causes and it’s really an exercise in futility. Why is dollarization suddenly rearing its head at an unprecedented rate today. It only rears its head when economic fundamentals are weak and it’s not the cause of poor economic performance,” Dr Bawumia said in 2016.

As at close of business on Monday [September 10, 2018], some banks were selling a dollar for 4 cedis 97 pesewas. The rates as quoted by some forex bureaus were as much as 5 cedis to a dollar.

The former President recently took on the government over the depreciation of the cedi on his Twitter handle.

Mr. Mahama had tweeted the current cedi to dollar exchange rate, which he said currently stands at GHc4.7 to $1.

The Vice President subsequently issued a scathing response, saying Mr. Mahama’s comments only exposed his lack of understanding on issues bordering on key aspects of the economy.

Extra fees charged for Licensure exams to be refunded – NTC