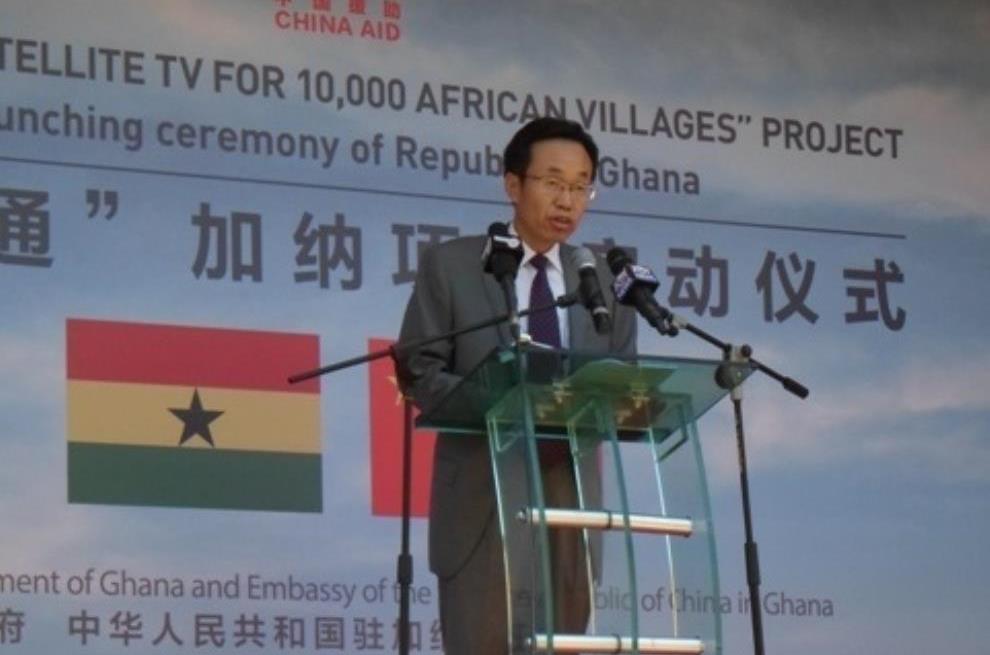 Mr. Shi Ting Wang, Chinese Ambassador to Ghana, has said China intends to offer $60 billion to selected Africa countries, including Ghana, in the form of government assistance, investment and financing towards facilitating their socio-economic development.

He said the funding would cover eight strategic initiatives on industrial promotion; infrastructure connectivity; trade facilitation; green development; capacity building; healthcare; people-to-people exchange; and peace and security in the next three years, and beyond.

[contextly_sidebar id=”dbP75nmkTF6AV5uG0c9Bo41RhL1j2u0H”]Ambassador Shi said this on Wednesday, at a ceremony at which the Ministry of Communication, in collaboration with StarTimes, a Chinese multinational media company, launched a 300-village access to satellite television (TV) project to provide needy communities with digital electronic gadgets.

He said: “With the guarantee of the … mentioned initiatives and funds, we firmly believe that the China-Ghana and China-Africa cooperation will open up broader prospects”.

He said China would fully honour the promises it had made to some African countries and emphasised that China’s was sincere about its pledge to aid the continent’s progress in diverse ways.

Ambassador Shi rejected the speculation that China wanted to take over Africa, saying it was just a fallacy.

They form part of the 10,000 communities that were selected to benefit from the project in 25 African countries.

“Each community will receive 20 decoders with dishes and accessories installed in selected individual homes, two projectors TVs and a StarTimes TV with backup solar light installed at public viewing and recreational centres,” he explained.

The StartTimes Company worked with districts and regional representatives across the country to identify the communities, with key considerations for the selection including access or availability of public places (community halls, schools, hospitals, etc.) which could guarantee the safety of the installed devices.

A total of 20 channels with predominantly African content, which included news, music, and Ghanaian movies, would be available to the beneficiaries.

For six months, some selected households would receive the broadcast for free, however, it would be perpetually free at all public viewing places.

“In addition, StarTimes will be responsible for the maintenance and repairs of the devices for five years. They would be installed at no cost.

Corruption must first be tackled within political party set-up - Spio