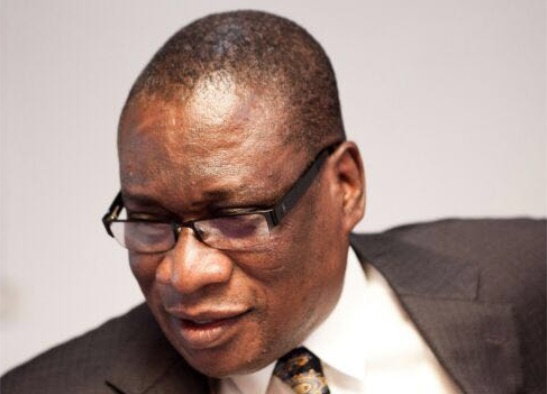 The Ghana National Petroleum Corporation (GNPC), has defended its transactions which the Finance Ministry flagged as having cost the state $34 million in oil revenue, as a result of under-pricing of oil products by the Corporation.

GNPC, in a July letter to the Finance Ministry, said some of the noted discounts were within a context that “presented Ghana with significant benefits which far exceed any perceived losses from sale of the TEN crude oil as portrayed.”

[contextly_sidebar id=”XnOTsd8edOktbt13uFGbVPn7nkos0N1M”]Prior to the GNPC letter, the Minister for Finance, Ken Ofori-Atta, had asked the GNCP CEO, Dr. K.K Sarpong to explain circumstances that led to the country losing $34 million in oil revenue.

GNPC was said to have sold crude oil from the TEN fields at a rate below the minimum market rate.

In the Finance Ministry letter, Ken Ofori-Atta said GNPC allowed the off-takers to choose the lowest possible price for the product when it could have insisted on the highest possible price within the pricing window.

But the GNPC said it has always provided pricing options to buyers in line with industry practice since Ghana exported its first crude oil from the Jubilee Field in 2011.

“Pricing option nomination is currently selected five or six quotation days Bill of Landing date before a cargo is priced. The buyer is required to select only one of the available pricing options. In event that no option is nominated, however, the GNPC default option is used… In offering pricing options, GNPC cannot foretell price trends and therefore would not know whether ‘highest’ or ‘lowest’ price will be obtained as inferred in the analysis contained in your letter,” GNPC explained.

For production on the TEN (Tweneboa, Enyenra, Ntomme) fields, six parcels had been lifted by three buyers, namely, Springfield, Glencore and Litasco.

GNPC says all these crude parcels “have traded at discounts reflecting the quality and liquidity of the TEN crude oil vis-a-vis Jubilee crude oil which is listed and generally trading at a premium.”

GNPC indicated that the liftings by Springfield and Glencore were at the GNPC standard options.

But the liftings by Litasco were offered at GNPC standard pricing options plus an additional option requested by Litasco against the backdrop of multiple transactions.

Litasco wanted an average of five consecutive price quotations from 30 quotations up to Bill of Landing date, a declaration of pricing option on Bill of Lading date and a review of the differential after every four liftings.

But following the first lifting when crude oil prices had turned upwards: in response to unexpected geopolitical events”, GNPC said “a further review of the pricing methodology was negotiated with Litasco.

The GNPC stressed that the reference for GNPCs crude oil is Platts Crude Oil Marketwire, which provides market reports on the Global Oil industry.

It thus said that the Bank of Ghana and Finance Ministry’s use of Bloomberg as a reference is misplaced.

“…the source of your “low” and “high” prices for the crude oil liftings in question cannot be established in the Platts Crude Oil Marketwire source,” the GNPC argued.

“The losses reported in your letter… assume erroneously that GNPC is able to select the highest priced out pricing option ahead of time and impose it on the buyer. The choice of pricing option, where offered, is the preserve of the buyer and not the seller.”

It also said the Finance Ministry may have made certain overestimations.

“Since the TEN crude oil trades at a discount, the Achieved Price communicated by GNPC is net of this differential but includes a fee for exercising the option. Your analysis appears to have ignored discounts in respect of the TEN and SGN crude oils and therefore overestimated your calculated losses.”

GNPC further advised that the Finance Ministry’s analysis “needs to be viewed with utmost caution.”

The overall context of the GNPC’s dealings withi Litasco are underpinned by “multiple risk-driven transactions outlined… for which a prudent business decision had to be taken,” the letter noted.

Prime among this is the $100 million loan to BOST.

Litasco is also said to have aided in the “supply of HFO at a competitively priced premium of USD6.5 per metric tonne as against USD9 per metric tonne for an annual supply of about 720,000 metric tonnes. Annual savings of USD1.8 million will be made at such price premium compared with previous supply by Trafigura.”

“Facilitation of the movement of the 450MW Karpowership barge to offtake 90MlVlbtu per day representing about 50% of ENI gas production will minimize onerous potential take or pay obligation to GNPC/GoG under the OCTP agreement .”

“Installation of the 450MW Karpowership barge in Takoradi will lead to the avoidance of gas transportation cost from Takoradi to Tema of USD1.68/MMbtu amounting to USD55 million per annum.”

GNPC also indicates in the letter that “all the above transactions and the terms under which they were executed were duly approved by the Ministers for Finance and Energy as a package.”