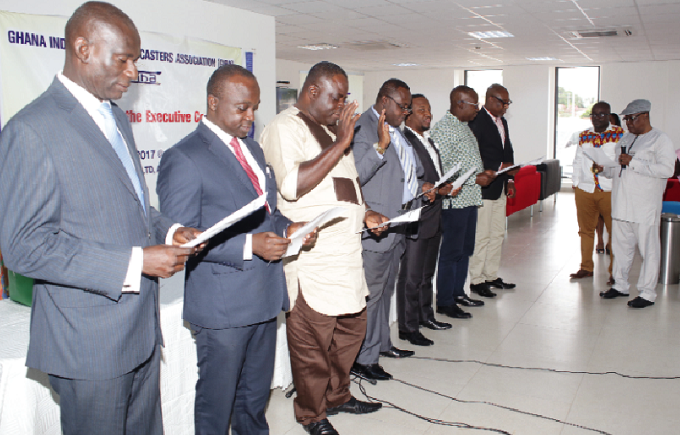 According to GIBA, the project which aims at protecting broadcasting from interference must not be given to any foreign firm, which also owns a TV network in Ghana.

GIBA argues that Ghanaian companies had made sacrifices in the digital broadcasting migration process.

[contextly_sidebar id=”BTEqb8ixOEGXp0f1T86N3Y7weDmfRrD5″]“They [government] should stop the discussions they are having with StarTimes. Ghanaians are capable of doing whatever project DTT will bring to Ghana. The future of DTT rests in the hands of Ghanaians, and we have enough technology and the know-how,” President of GIBA, Andrew Danso Anninkora said in an interview on the Citi Breakfast Show on Tuesday.

The International Telecommunications Union (ITU) urged governments in the world to migrate from analog broadcasting to digital by June 2015.

Some countries have been able to migrate including some in Africa. However, Ghana one of the most technologically advanced countries in Africa missed the deadline several times.

The government of Ghana signed a $95 million deal with the Chinese company, StarTimes to contract to supply and install the Digital Terrestrial Television (DTT) network platform for Ghana.

But the contract with Startimes was later abrogated over what then Minister for Communications, Omane Boamah, said was due to “failure of the company to secure the necessary funding from the China Exim Bank to execute the project.”

The government then awarded the digital migration contract to K-Net,  a Ghanaian-owned company, but K-Net’s work on the project was halted after StarTimes sued the government of Ghana for what it described as the unfair abrogation of their contract with the State.

The former Mahama government promised to attain this feat by September 2017, but the current Minister of Communications, Ursula Owusu-Ekuful at a forum in Accra on the digital migration said Ghana is not ready for the move.

But there are reports that Government plans to allow StarTimes to takeover the project, a move GIBA disapproves off.

GIBA in a statement said: “if StarTimes is allowed to control both Ghana’s only digital television infrastructure and the satellite space in the name of digital migration, Ghana would have virtually submitted its broadcast space to Chinese control and content.”

Mr. Anninkora on the Citi Breakfast Show said the issue borders on Ghana’s security and democracy.

“It has the history of migrating from analog to digital. For some time now the project has been stalling, and we are asking questions, but we are not getting answers. In the interim we are hearing about foreign entities who are registered one way by our understating, entering into the space and having many advantages over Ghanaian entities who want to come in as directors, players, and managers of the space. We believe that when that is allowed to happen, the independence of the Ghanaian broadcaster, the media is being compromised. It borders on the security of the country. It borders on threatening the democracy of Ghana.”

He further added that StarTimes wants to reap where they did not sow.

“When we wanted to launch out, StarTimes said we should find money to start the DTT project. Ghanaians raised spectrum, we raised the money locally, and we started the project, and we did 90% completion with our public funds. If there is a need for expansion, a Ghanaian will be able to do it.”

“When you decide to buy a car, and you don’t need it again, you can sell it. But when you buy broadcasting equipment and you don’t need it again, you can’t sell it to anybody. The various analog sites that are coming down, those infrastructure and equipment there, when you take them down, you can’t sell them anywhere. They are analog, obsolete and they cannot be reused. They are scrap. And that is what the Ghanaian investor is sacrificing to move this country to the next level of technology as far as broadcasting is concerned, and if someone will not understand it and respect the sacrifice then we reason to shout and make noise,” the GIBA president added.

He further called on Ghanaians to revolt against the alleged StarTime deal with the government on the DTT infrastructure.

GIBA had earlier expressed worry over interruptions that have stifled progress in the nation’s quest to migrate from analog to digital terrestrial television.

The migration is to protect broadcasting services from interference from neighboring countries as well as improved services.

Mr. Anninkora also demanded answers from the Ministry and other relevant stakeholders to questions about the managers of the migration platform and the cost involved.

“There are questions, who is managing the platform; who are the managers, what are the charges which are managing the whole platform? he quizzed.