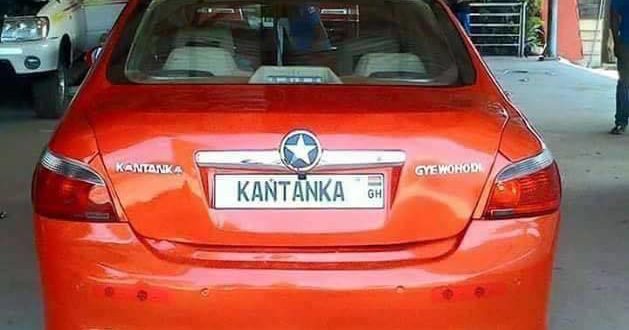 [contextly_sidebar id=”0Py2CuJV0vgjZd8VBJzA4P0QyAy4Ti05″]Kantanka, in a statement expressed surprise that government signed the agreement with VW  without consulting stakeholders in the country.

“We want to state emphatically that we welcome the news of VW setting up a plant here in Ghana. We are not against it. We are aware there will be competition, as there has always been  and this is going to give us the marginal propensity to work hard and achieve our long-term goals for mother Ghana and Africa.”

“However, we are of the view that government has hastily signed the agreement without broad stakeholder consultations,” it said in its statement.

Following the news of Ghana’s agreement with the German carmaker, many have expressed varied opinions about what the VW plant would mean to Kantanka, which is a local firm.

While some have said the move is a letdown of Kantanka, others say it will help create a healthy business competition but Kantanka Automobile views it as an unfair treatment meted out to be by the government.

It said it was surprising that the Ministry of Trade and Industry, which is expected to prioritize and seek the interest of the local automotive industry was instrumental in consenting to the sitting of the VW assembly plant in Ghana.

Kantanka further questioned why the government had not expeditiously attended to its proposals but rather “fast-tracked the signing of the MoU” with VW.

“We are shocked to learn that the Ministry of Trade and Industry is part of this deal and want to question the Minister’s position in the promotion of trade and industry in Ghana vis-à-vis the local automotive industry.”

“We are also shocked to learn that government has fast-tracked the signing of the MoU and want to ask the sector minister, still the Minister of Trade and Industry and again his Senior Minister the last time they have fast-tracked any of the numerous proposals that we have submitted to their offices.”

Prior to becoming president, Nana Akufo-Addo in December 2015 had a test drive of Kantanka Omama pickup, which was locally assembled in Ghana and promised to purchase a few for use during the 2016 election campaign.

Kwadwo Safo Jnr. recently lamented the import duties placed on their cars assembled in the country, almost equal to the duty levied on cars imported into the country.

This he said was different from the duties they were already paying on imported spare parts into the country.

Meanwhile Kwadwo Safo Jr. says his company is not scared of competition from any international automobile firm seeking to set up in Ghana.

In a tweet after news of VW’s plans assembly plant broke, he advised the government to focus on making good policies that will protect a local automobile industry like theirs and help them grow.