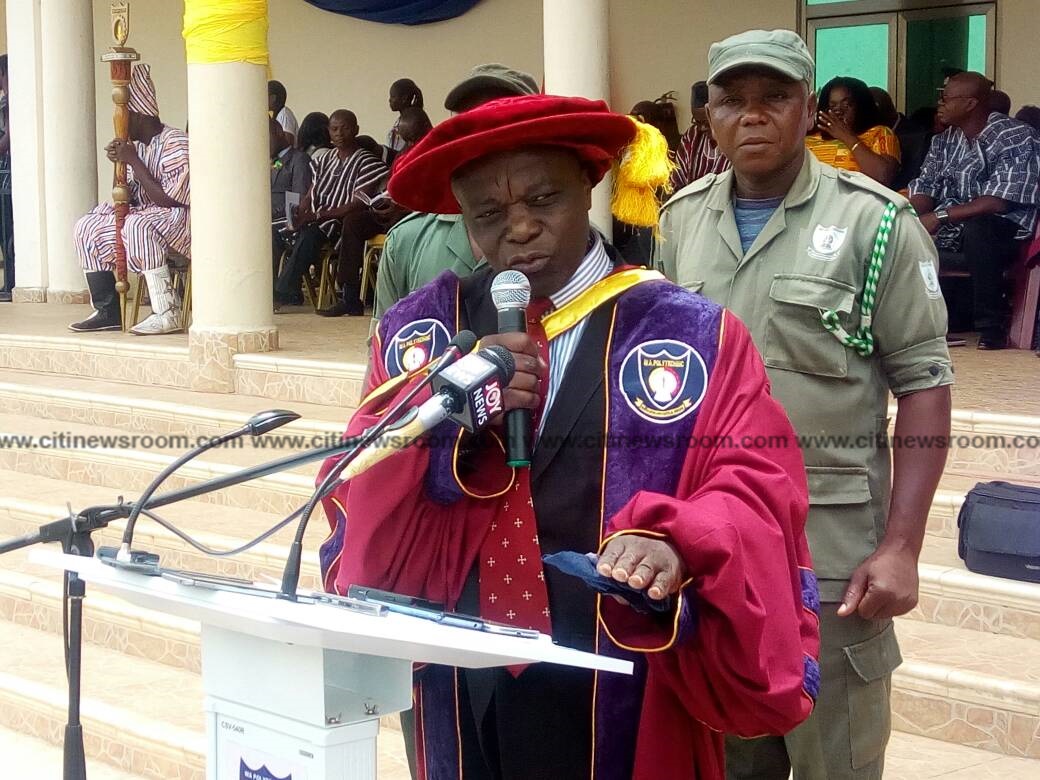 The Wa High Court has set aside the suspension of Professor Emmanuel Owusu-Marfo, the Rector of  the Wa Polytechnic, paving the way for his return to office and resumption of official duties.

Presiding Judge, Justice Kwasi Boakye granted the application of the complainant [Professor Owusu-Marfo] and awarded a GH¢ 5,000.00 cost to the Wa Polytechnic Governing Council which suspended the Rector early this year.

Delivering his ruling, the judge said upon hearing the arguments from counsels of both sides; he established that the respondents did not give the complainant fair hearing before slapping the suspension on the Rector.

He said the Polytechnic Governing Council did not also follow the necessary procedures before arriving at the decision to suspend the man.

Professor Owusu-Marfo was suspended sometime in April this year by the Polytechnic Governing Council after he was accused of corruption and financial malfeasance by some disgruntled staff of the institution, but the Professor denied profusely any wrongdoing.

The decision to suspend the Rector was taken at an emergency meeting in April by the Polytechnic Governing Council at the Ministry of Education in Accra where he was absent due to ill health.

Even though Prof Owusu-Marfo could not attend the meeting as required, it was agreed by the majority of members present to suspend him to open the way for an investigation to be launched into the multiple petitions written against him.

Mr. Alfred Yeboah, Lawyer for Prof. Owusu-Marfo, expressed profound gratitude that the High Court that granted their application, saying it was justice deserved.

Professor Emmanuel Marfo-Owusu, a Chemical Crystallography and Supramolecular Chemist, was appointed in January 2017 and inducted shortly before his suspension as the Rector for Wa Polytechnic.

But less than one month after his induction, he was embroiled in corruption claims by some staff, which compelled the Polytechnic Governing Council to suspend him in a letter dated 5th April 2018, pending further investigations.

He had since denied any wrongdoing and insisted the purchase of the Mercedes Benz saloon car, which was at the center of the controversy, went through the right procurement process, in which he only played his part by voting.