‘It makes no sense to deliberately collapse local banks ‘ – Akufo-Addo 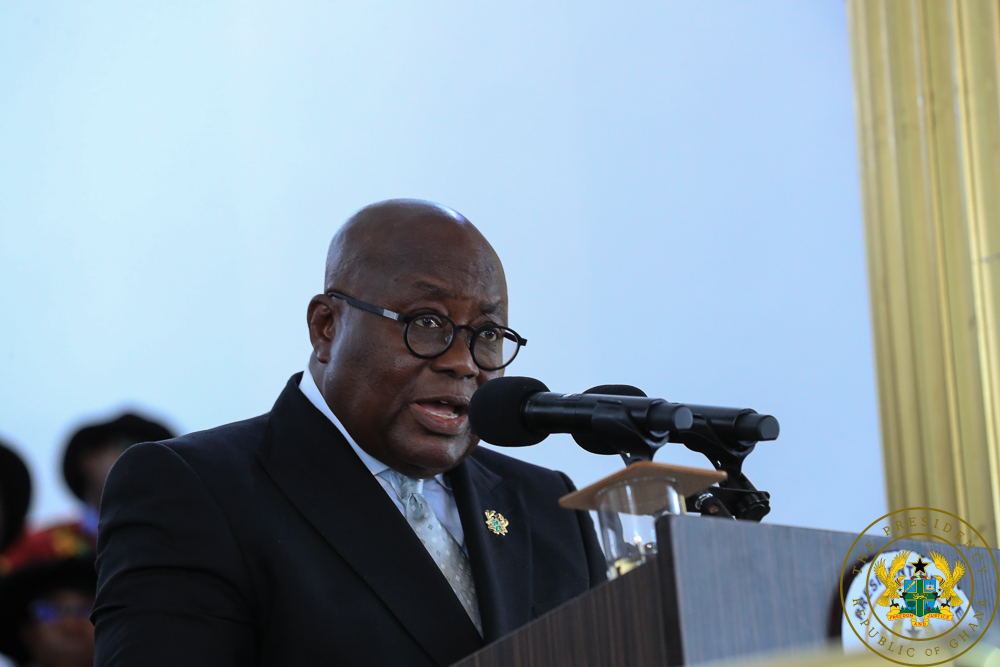 President Akufo-Addo has said that his government is not on a deliberate mission to collapse the country’s indigenous banks.

Speaking for the first time on the recent shake-up in the banking sector that has resulted in the collapse of seven local banks, he said the moves are necessary to streamline the sector and strengthen it.

[contextly_sidebar id=”8ylZAMSUt4DKv6CqmoBrXxQ0eZWYC8fx”]Addressing the Ghanaian community in Rwanda’s capital, Kigali on Thursday, the President said it would be “dangerous” for the country’s future if indigenous banks are pushed out of the Ghanaian economy.

The President expressed concern that the actions of the failed indigenous banks had cost the country some GH¢ 8 billion.

“The decision that the central bank has taken which has affected seven important indigenous banks who were being supported by the taxpayer through the Bank of Ghana, all together, the indebtedness of these seven banks amounted to 8 billion cedis,” he said.

In justifying the Bank of Ghana’s decision to consolidate five of the banks to become the fully state-owned Consolidated Bank of Ghana (CBG), and authorizing the GCB to take over two other banks, Akufo-Addo said if such actions and other measures put in place by the Central Bank are not taken, all other indigenous banks will collapse.

“We cannot have a situation where the dominant banks in our country are all foreign banks. It is very dangerous for our future if we allow that to happen. But if our own indigenous banks are performing poorly, at the end of the day, we do not take care, one by one, they will all go under.”

Akufo-Addo insisted that the government’s aim is to ensure a vibrant banking sector with strong participation of indigenous banks that will compete fairly with foreign banks.

“We are trying to make sure that the banking sector of our country has strong indigenous banks which can compete successfully with these foreign-owned banks. It is not a process to eliminate indigenous banks. It will not make sense to do that at all….I am a politician, I want the votes, but I think that I’m required first of all to do what I consider right for our people than worry myself about the impact of it on my political support.”

Ghana’s banking sector is currently in crisis over the collapse of seven local banks within one year. The banks are UT and Capital Bank, both of which have been taken over by the state-owned GCB Bank.

The others are Beige Bank, Sovereign Bank, Construction Bank, uniBank, and Royal Bank, all of which have been consolidated into Consolidated Bank of Ghana.

The decision to collapse all the banks were primarily because they had all become highly insolvent as a result of various reasons including poor corporate governance decisions.

The receiver of uniBank, Beige Bank, Sovereign Bank, Construction Bank, Royal Bank, recently sued all 17 shareholders of uniBank over the repayment of a GHC 5.7 billion debt.

The GHC 5.7 billion debt, according to the receiver, was left by the shareholders.

Parliament is currently probing the matter to produce a report and make recommendations to avert a similar situation from recurring.