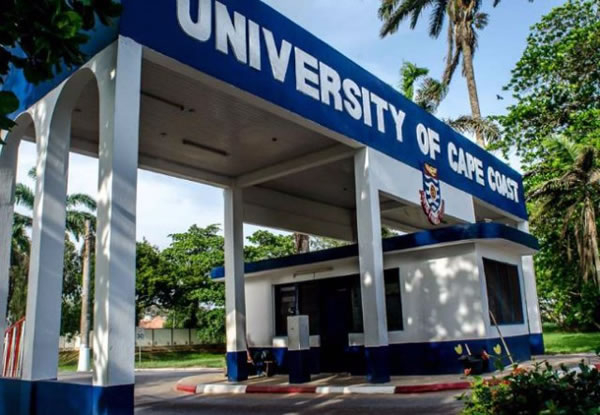 A total of five thousand, seven hundred and twenty-seven (5,727) students who pursued various courses of study at the University of Cape Coast (UCC), have graduated at its 51st congregation.

Three sessions were held for graduates of the Colleges of Health and Allied Sciences, Education Studies, Agriculture and Natural Sciences, as well as the Institute of Education on Tuesday.

[contextly_sidebar id=”CvH3EfahNRzlPt38rdK6dgwWZJukJufW”]On Wednesday, those from the School of Graduate Studies and College of Humanities and Legal Studies also graduated.

The University had established relationships with other local and international institutions to open new gates for knowledge, research and academic exchange, as part of efforts to make UCC a world acclaimed university.

A proposal for the establishment of an Institute for Law and Governance Studies, will be hosted as an interdisciplinary institute for policy formulation, whilst research had been developed by the College of Humanities and Legal Studies, Prof Ghartey Ampiah said.

He said the college was therefore engaging in rigorous fundraising to start the project and called for support.

Funds were also being sourced to support students with start-up entrepreneurial ventures to promote visibility of the UCC Business Incubator, and to further motivate its graduates to use their knowledge and skills to set up their own businesses.

Prof. Ghartey Ampiah commended the graduates for their resilience and enjoined them to be good ambassadors of the University wherever they found themselves.

Mrs. Nancy Thompson, Chairperson of the University Governing Council, was optimistic that the knowledge and skills acquired would enable them positively impact their respective communities.

She asked them to use the knowledge gained at the University to serve humanity to the best of their abilities and contribute their quota to the development of the nation.