‘US dollar getting stronger against cedi; but our economy is growing’ – Bawumia 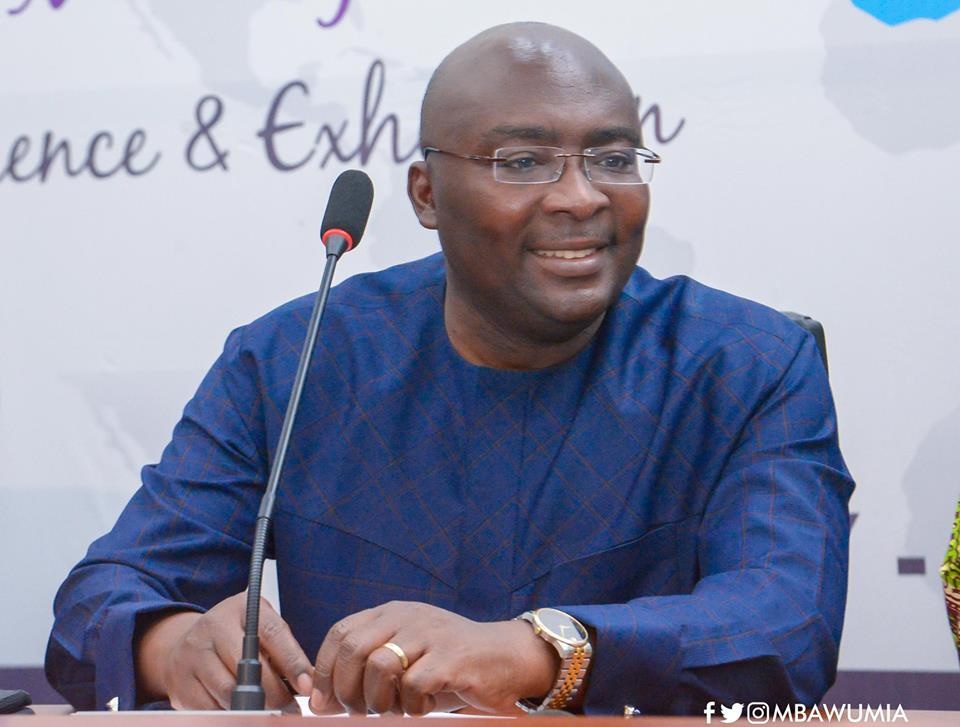 The Vice President, Alhaji, Dr. Mahamudu Bawumia, has allayed fears that the Ghana’s economy could crumble as a result of the gradual depreciation of the cedi against the US dollar.

Some economists, members of the opposition National Democratic Congress (NDC) and many Ghanaians, have criticized government for failing to fix the cedi’s fall, and also deal with its general impact on the larger economy.

But Dr. Bawumia largely blamed the cedi’s depreciation on the strength of the US dollar, saying other currencies like the pounds were also struggling against the US dollar.

He said the NDC lacks the moral authority to accuse the NPP government of delaying in fixing the “Tattered economy” they inherited from them.

He posited that the impact of the economic challenges is minimal as compared to the previous Mahama NDC administration era, saying they had thrown the local economy out of gear.

Alhaji Dr. Bawumia was speaking in Tamale at the inauguration of a programme dubbed, “The Student Entrepreneurship Initiative” rolled out by the Ministry of Business Development.

He described the decline in economic growth as a global catastrophe which in his estimation the Nana Akufo Addo administration has managed very well.

He mentioned the depreciation of the currencies of Argentina, Turkey, South Africa, India and the UK against the dollar to buttress his standpoint.

He nonetheless said government is implementing active policies to pull the economy out of the current situation.

“I want us to note that this is the first time since 2006 that any government has set a target for the fiscal deficit and has been able to meet it.”

On Ghana’s trade around the globe, he stated that, “Ghana’s trade position with the rest of the world has also strengthened. The trade accounts which recorded a deficit of 1.4 billion Dollars in June 2016 has improved significantly to a surplus of 1.1 billion in June 2017, and another surplus of 1.1 billion in June 2018. So the external accounts of the country are stronger and are strengthening.”

Gideon Boako, Spokesperson for the Vice President, recently said the New Patriotic Party (NPP) government should be commended for improving on the rate of the cedi’s depreciation, although Ghc5.00 is almost equal to one dollar.

The economist, who was speaking on Citi TV’s Point of View, said the rate of the cedi’s depreciation is much better as a result of some government actions, compared to the previous administration.

“What is important is that, whatever the depreciation was at the time is not the same as today. That is why if someone has been able to reduce the rate of depreciation from a point of 31 percent to 6 percent, you do not just be ungrateful to that person and say he has not done well.”

Euros, pounds are also struggling against the dollar – Gideon Boako

Dr. Gideon Boako, also clearly stated his boss’ view when he said the assessment of the depreciating Cedi should be within the context of other currencies losing value to the dollar.

Besides saying the “magnitude of depreciation is not huge”, Dr. Boako insisted that Ghanaians also take into consideration the depreciation of other major currencies.

“You may think that because Ghana Cedi is depreciating it’s not good. But given the same conditions, the global contagion and all that, look at the depreciation in other countries. I am not saying that is the argument we should do, but it’s important to know that the Euro and the pounds are all depreciating against the dollar. The Argentinian peso is depreciating by 50 per cent. I am giving you this context for you to understand that, it is not necessarily the Cedi that has it’s value going down” he said on Citi TV’s Point of View on Monday.

He also criticized a number of moves by the government at the time to correct the trajectory of the currency including placing a ban on the quotation of goods and services in foreign currencies, including dollars.

“Trying to solve the cedi’s depreciation by focusing on de- dollarization really is attacking the effects of the problem and not its causes and it’s really an exercise in futility. Why is dollarization suddenly rearing its head at an unprecedented rate today. It only rears its head when economic fundamentals are weak and it’s not the cause of poor economic performance,” Dr Bawumia said in 2016.

As at close of business on Monday [September 10, 2018], some banks were selling a dollar for 4 cedis 97 pesewas. The rates as quoted by some forex bureaus were as much as 5 cedis to a dollar.

The former President, John Mahama, recently took on the government over the depreciation of the cedi on his Twitter handle.

Mr. Mahama had tweeted the cedi to dollar exchange rate at the time, which he said stood at GHc4.7 to $1.

The Vice President subsequently issued a scathing response, saying Mr. Mahama’s comments only exposed his lack of understanding on issues bordering on key aspects of the economy.