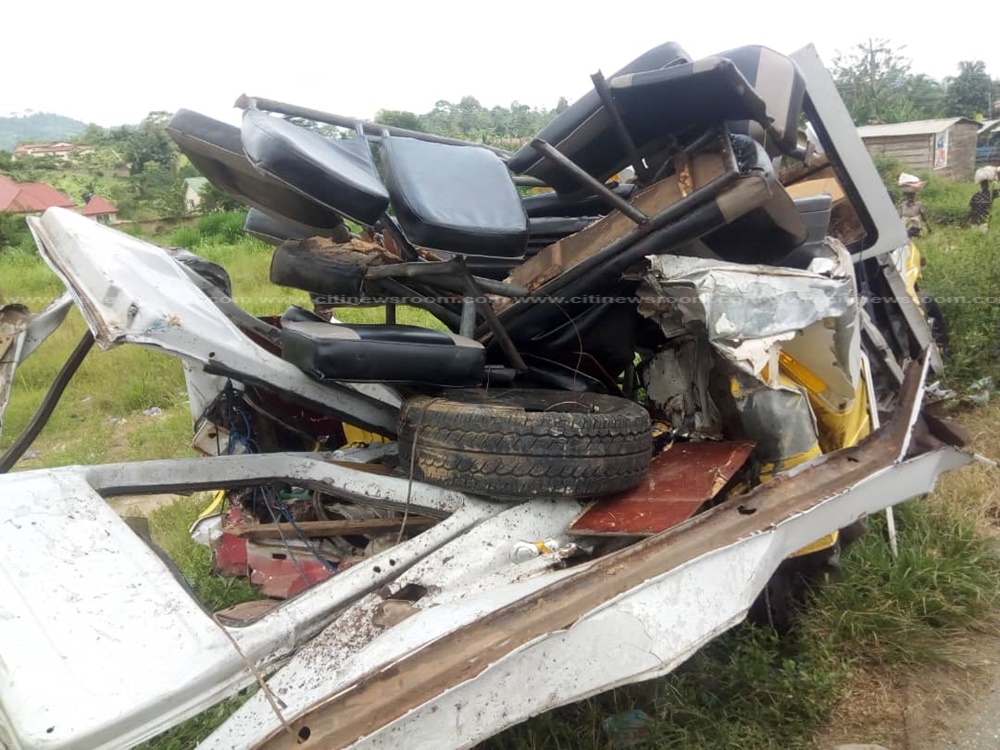 Five persons have been confirmed dead after a tipper truck loaded with sand collided with a Sprinter Benz bus at Bunso Junction on the main Accra-Kumasi highway. 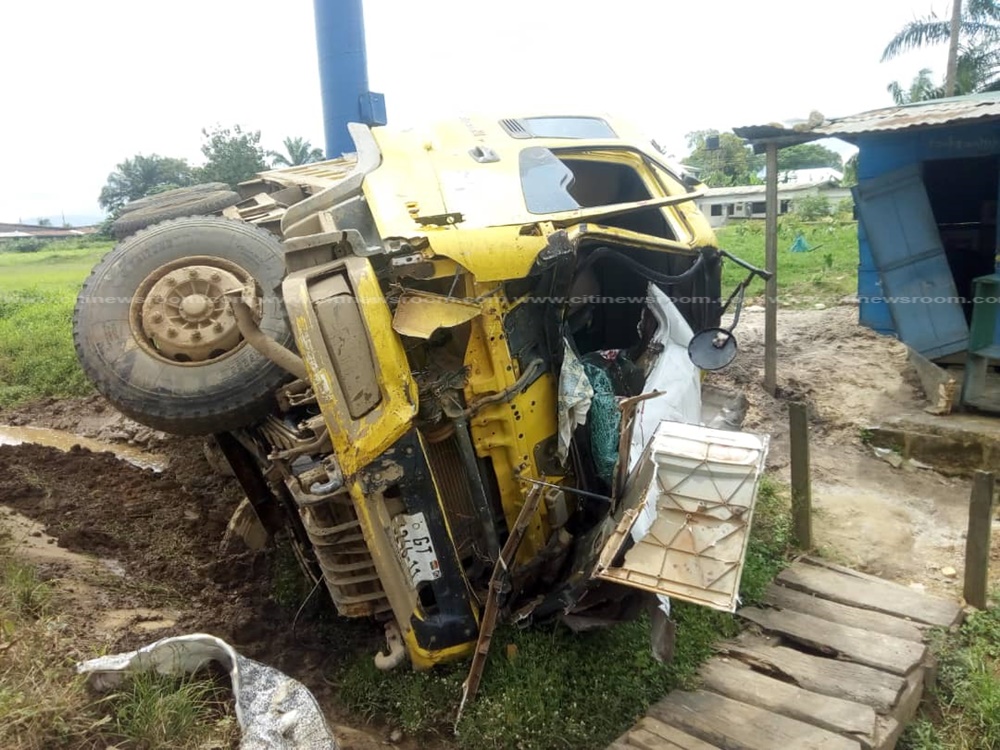 The sprinter bus, with 27 passengers on board, which was said to have been traveling from Kasoa to Kumasi was knocked into a DAF trailer loaded with mosquito nets belonging to the Ministry of Health.

The five, 3 females and 2 males lost their lives on the spot. 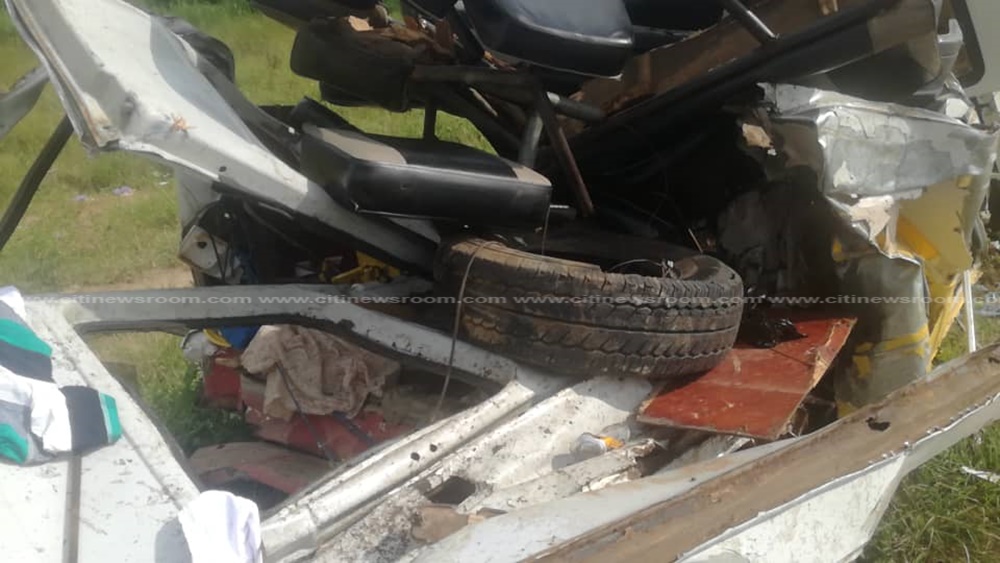 22 others who sustained various degrees of injuries are receiving treatment at the Hawa Memorial Hospital in Osiem.

Three of the 22, who are said to be in critical conditions, have been referred to the Koforidua Central Hospital. 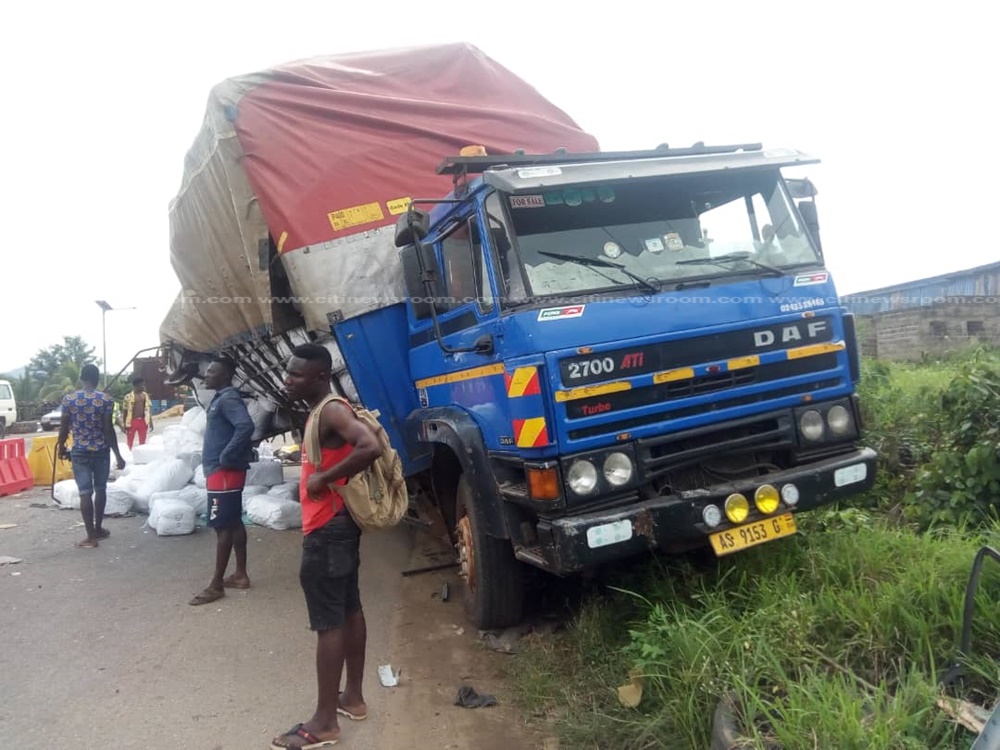 Francis Azonto, a station potter at the Bunso taxi rank who was at the scene who narrated the incident to Citi News said “the tipper truck crashed a trailer and then the trailer crashed the sprinter. The sprinter then turned and landed in the lane of the tipper truck. The truck driver had no other option than to run over the sprinter.” 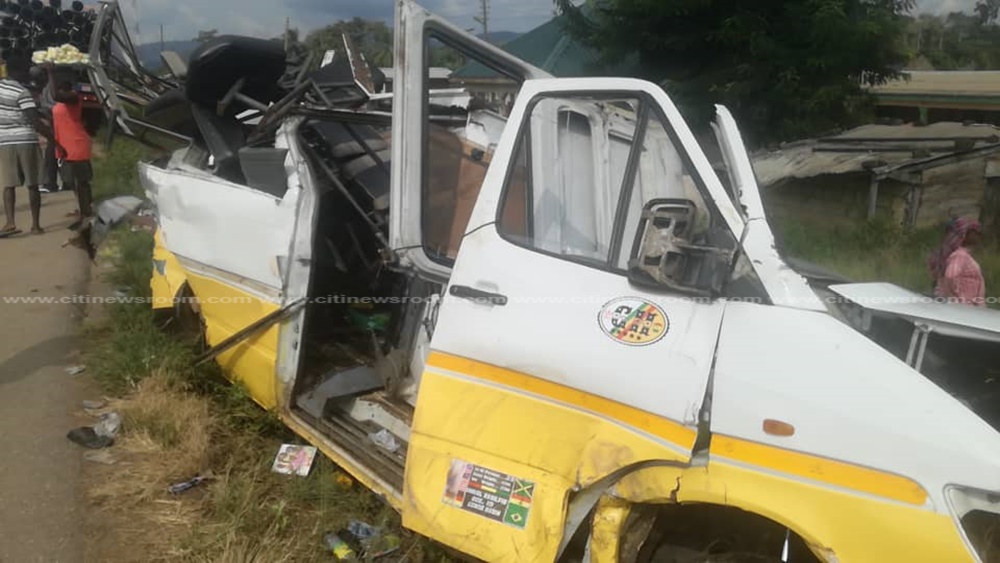 Meanwhile, the Eastern Regional Police Public Relations Officer DSP Ebenezer Tetteh who rushed to the scene told Citi News the police will speed up their investigations into the crash.

He added that those found culpable will be dealt with accordingly.

“As we speak we are looking into the matter. Whatever the conclusion will be, it will be forwarded it to the appropriate authorities. If there should be a prosecution, we will prosecute the culprits.”