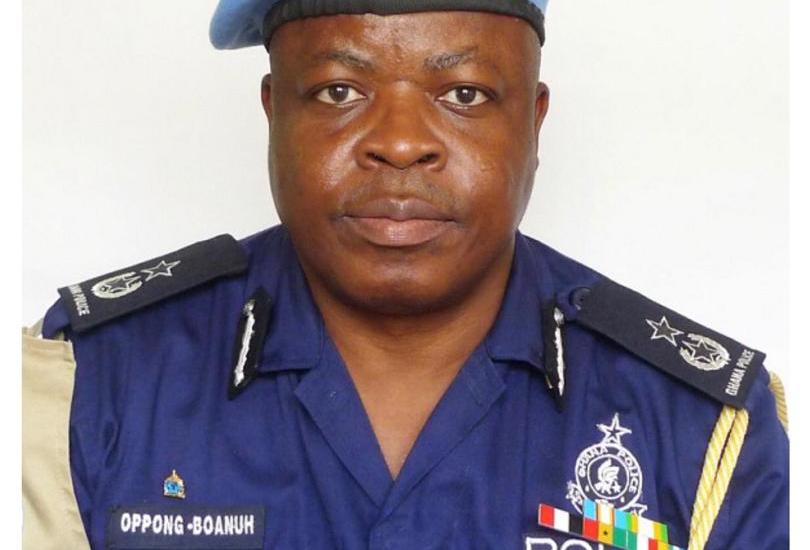 COP Oppong-Boanuh, who was appointed as the Deputy Inspector-General of Police only two weeks ago prior to his 60th birthday, was granted the extension in a letter signed by the secretary to the president, Nana Bediatuo Asante.

Citi News sources within the police service say he personally requested for an extension of his contract through the Interior Ministry, to enable him assist the IGP , although this is not the normal practice in the service.

There are suggestions that due to the seeming silent agitations within the service and media discussions about this practice of extending contracts for retiring officers, the letter confirming his extension may have been hurriedly written from the presidency, hence the typographical error that referred to him as Deputy Director-General, instead of Deputy Inspector General of Police.

One Year Contract of Service as Deputy inspector-General of Police

“With reference to your letter dated 17th September, 2018, and a Memo dated 3rd October, 2018, from the Minister for the Interior on the subject matter above. I am pleased to inform you that the President of the Republic has granted you a one-year contract service as Deputy Director-General of the Police effective 8th October, 2018 to 7th October, 2019.”

The Finder Newspaper earlier this week reported of simmering tensions among Senior Officers, Inspectorate and other ranks of the Ghana Police Service following the suspicion that COP James Oppong Boanuh was deliberately appointed Deputy Inspector-General of Police (IGP) as a ploy to force the Police Council and the President to offer him two-year contract extension at the end of his service.

COP Oppong Boanuh, who was on leave before retirement as procedure demands, was reportedly appointed to place him in pole position as the next IGP when David Asante-Apeatu leaves office on August 14, 2019.

The Deputy IGP position, which is part of the Police Service Regulations under Constitutional Instrument (C.I.) 76, has been vacant for many years.

Since the last Deputy IGP, Mohammed Alhassan, was promoted as IGP; the Deputy IGP position remained vacant until the recent appointment of COP Oppong Boanuh.

Some of the Senior Police officers who have expressed dissatisfaction over the role given to COP Oppong Boanuh are of the view that the move blocks the chance of equally competent but younger officers.

This development leaves Ghana with two of its top police officials being on contract after their retirement.

The current Inspector General of Police, David Asante Appeatu, who was due for retirement on August 14, 2017, was granted a 2-year contract by President Akufo-Addo last year.

What this new contract extension means is that, the two top officers are likely to retire within the same period in 2019.

The Death Penalty; an inhumane and ineffective way to deal with serious crime