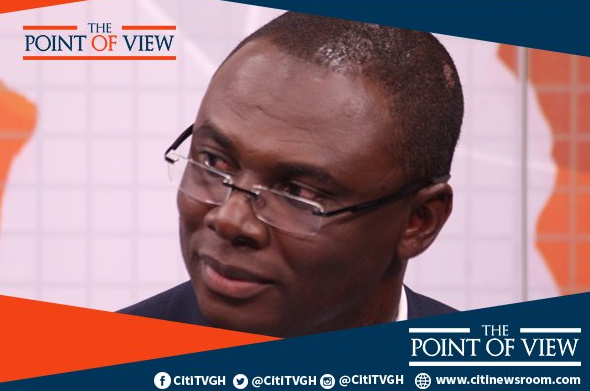 Managing Director of the Cocoa Marketing Company, Joe Forson, has rubbished the Minority’s claims that government is shortchanging cocoa farmers by deciding to maintain the producer price of cocoa for the 2018/2019 crop season.

The Minority has accused government of being insensitive to the plight of cocoa farmers, after it maintained the producer price of cocoa at GH¢7,600 per tonne, translating into GH¢475 per bag of 64 kilogramme (kg) gross weight.

[contextly_sidebar id=”bUFJZZhc70ocnKOuaArPesFizdP9yAah”]The decision to maintain the price of cocoa means the industry regulator will buy a tonne of cocoa beans for GH¢7,600 from cocoa farmers for the 2018/2019 crop year; same as it did for the just ended crop season.t

The Minority believes government is failing cocoa farmers who contribute so much to the economy by choosing “an unrealistic exchange rate” for the farmers.

Speaking on Citi TV’s Point of View, Minority Spokesperson for Finance, Cassiel Ato Forson, rehashed the concerns of the Minority, adding that Ghana’s cocoa currently sells at a premium of $350 to $500 dollars

“Per the data we have available, we have noticed that government cocoa sells at a premium and the premium ranges from $350 dollars to $500 dollars.”

Joe Forson in a sharp rebuttal dismissed Ato Forson’s claim, saying the latter was only conjuring figures to create the impression that cocoa farmers were being cheated by government.

“The Cocoa Marketing Company is responsible for the sale of Ghana’s cocoa and they determine the premium for Ghana’s cocoa and we have never achieved 350 dollars per ton. You are conjuring figures. The premium is between $120 or $130 . This figure cannot be right. They are just lies.”

He noted that Ghana currently offers cocoa farmers one of the best prices within the sector, adding that the exchange rate has little impact on the prices.

The Minister of Food and Agriculture, Dr. Owusu Afriyie Akoto who made the announcement at the 2018 Cocoa Day Grand Durbar in Accra said the decline in the price of the commodity on the international market, which had forced all the other 21 producing countries to slash their producer prices, made it impossible for the government to review the producer price upwards.

Cocoa price on the international market in recent times has reduced from US$3,300 per tonne to US$2,100, representing a decline of about 40 per cent.

Dr. Akoto said the government, however decided to maintain the producer price and not reduce it in order to minimize the adverse impact on farmers.

He urged the Ghana Cocoa Board (COCOBOD) to ensure that farmers were paid promptly for their cocoa beans.

For the first time, Ghana and Cote d’Ivoire jointly announced the producer price of cocoa.

The Minister pointed out that Cote d’Ivoire reduced its price twice last year, but because it was announcing this year’s price jointly with Ghana, it also decided to maintain it.