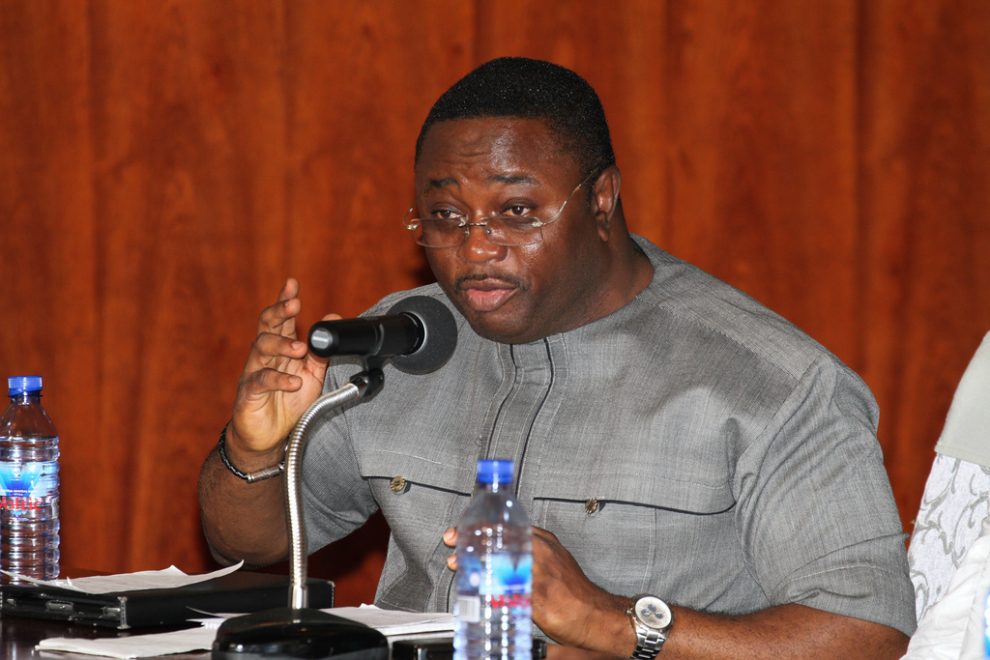 Former Youth and Sports Minister, Elvis Afriyie Ankrah, has said that the fight against corruption in Ghana goes beyond Martin Amidu and his Special Prosecutor office.

According to him, corruption is deeply stained in Ghana’s political system, and it will only take a complete overhaul of the system to root out corruption.

Elvis Afriyie Ankrah, who was speaking on Point Blank segment of Eyewitness News on Wednesday said the way multi-party democracy is practiced in Ghana literally makes it impossible to deal with corruption even with the set up of specialized institutions.

“If you create a system and an institution and that institution is such that it creates an environment where people would have to look for huge sums of money to run a campaign, what do you expect. It goes beyond just a special prosecutor. We must have a national conversation and look at institutional reforms,” he said.

Elvis Afriyie Ankrah, while delivering an address at the national conference of a group calling itself The Progressive Intellectuals on ‘Rethinking Political Leadership in Ghana’ earlier this week, also lamented that the country’s party financing system forces politicians to make bad decisions in relation to contracts due to external influences that tie their hands.

“Check all the corruption-related cases, from BOST to whatever, it is linked to campaign financing. There is always a financier there….Ask yourself which sensible person will sign or agree to this deal, it is because our hands are tied.”

“So we have created a system that legitimizes and institutionalizes the corruption and at the same time we say we want to deal with the corruption. The solution is to deal with the system. When you deal with the system, then you will no longer have the awkward situation where you go and collect money from the person when you come into power you would have to investigate or pretend to be investigating the person…People who have given you T-shirts and money and all kinds of things and now you are dealing with them. It was almost unconscionable but it had to be done. And in the process, some of us almost lost our lives because then there were pressures from within and without because you are cutting off the source of funding of both parties, they will come after you,” Afriyie Ankrah added.

A recent example of Afriyie Ankrah’s statement could be seen in a complaint by the Auditor General, Daniel Domelovo that the Service’s Board Chairman, Dr. Edward Dua-Agyeman, was unlawfully interfering in his work.

Martin Amidu, who was appointed by President Akufo-Addo as an independent prosecutor to fight corruption has for several months complained about the lack of logistics and staff to work with.

He has said that the situation has made him handicapped in effectively delivering on his mandate, although there have been various petitions to his office on specific cases that need attention.

World Cup woes due to my probe into GYEEDA

Mr. Ankrah had earlier indicated that controversies surrounding Ghana’s 2014 World cup preparations and performance, as well as accusations that he was responsible for the mismanagement of funds relating to the tournament, were attempts by some persons to tarnish his image because they were unhappy about his decision to correct wrongs in the Ghana Youth Employment and Entrepreneurial Development Agency (GYEEDA).

The eventual outcome of several probes including actions taken by Elvis Afriyie Ankrah while a sector minister resulted in an Accra High Court’s decision to sentence the former National Coordinator of GYEEDA, Abuga Pele, and the Chief Executive Officer of Goodwill International Group, Philip Assibit, to a combined jail-term of eighteen years on various counts, including willfully causing financial loss to the state.

Originally, the two were handed jail terms of ten (10) and sixteen (16) respectively.