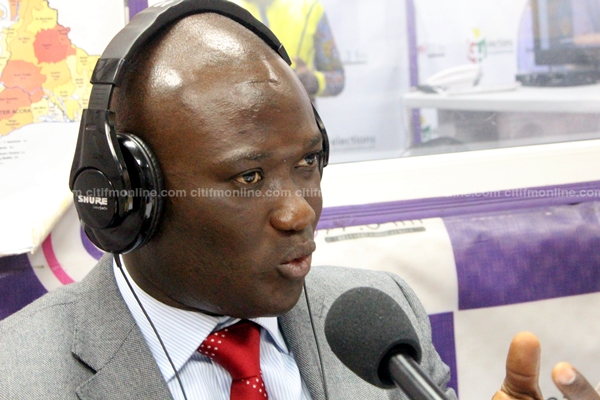 ShareShareShareShare
The National Petroleum Authority (NPA) says it should not be blamed for the recent hikes in the prices of petroleum products in the country.
[contextly_sidebar id=”Aw5Z1uphj7fyk1wlbCDHrcowcKrNNCvd”]It said the factors that influenced the prices, including the performance of the cedi were beyond their control.
According to the NPA, taxes and the price of the products on the international market are the main reasons for the increase in the price of petroleum products.
The price of petroleum products has increased twice in two months raising concerns by some members of the public especially motorists, who say they the situation is taking a severe toll on their finances.
Some commercial drivers have also threatened to increase their fares from Monday.
But speaking at a media briefing in Koforidua as part of a nationwide safety promotion campaign, the Chief Executive Officer of the National Petroleum Authority, Hassan Tampuli called on Ghanaians to bear with the government as it tries to address the problem.

“The price of petroleum products used to be determined by the National Petroleum Authority prior to July 2015, post July 2015 price of petroleum products are no longer determined by the authority but we only publish the indicative prices which is the maximum or ceiling prices above which OMCs cannot sell at the pumps”.
“Due to the forces of demand and market forces the OMCs try to beat each other. As far as market prices are concerned, three factors determine the prices of petroleum products. First is the international market price, second is the foreign exchange rate and third is the taxes levies and margins”.

The interplay among these factors determine the prices of petroleum products at the pump. The price on the international market is what no government has control over. It depends on what amount of production that OPEC has decided to put on the market, whether the big players like Saudi Arabia, United States,Iran, Venezuela and other countries ramp up production or cut down on production”.

He added, “there are other geopolitical factors like the recomposition of sanctions by the United States on Iran and based on that South Korea has not lifted crude from Iran as a result of that so a whole lot of issues including hurricane”.

The summer driving season also having an effect on the prices because during winter people do not drive much but during summer they sit in their cars and crisscross from one point to the other and that increases petrol and not diesel so the dynamics are that sometimes the price of petroleum may go up then diesel comes down and vice versa. So as we speak we are getting into winter so naturally, the price of diesel will go up and that is how the prices of petroleum are determined on the international market and the National Petroleum Authority has nothing to do about it”.
Mr Tampoli added, “The prices of petroleum has not gone this high in the past four years, government’s interventions through taxes levies and margins has led to a significant drop of taxes on petroleum products from 40 percent in January 2017 to 26 percent. As of today, a cumulative effect of reduction in the special petroleum act and the complete abolishing of the exercise tax. As we speak today the price stabilization and recovery levy has also been sent to zero but for all these interventions the prices would have been 14 percent more than it is today so the government will still intervene in the taxes and levies but for the international market government is limited”.

“Government can take away some of the taxes from petroleum whenever the prices go up on the world market. We asked the government to reduce the Special petroleum levy so that consumers can get some kind of relief from the high prices. Petroleum price in Ghana is very high and we need to find a sustainable way of addressing this.

Malaysia: Gov’t to introduce e-textbooks for Secondary School from 2019