Dr. Bawumia and the Ghanaian economy; separating the facts from fiction [Article] 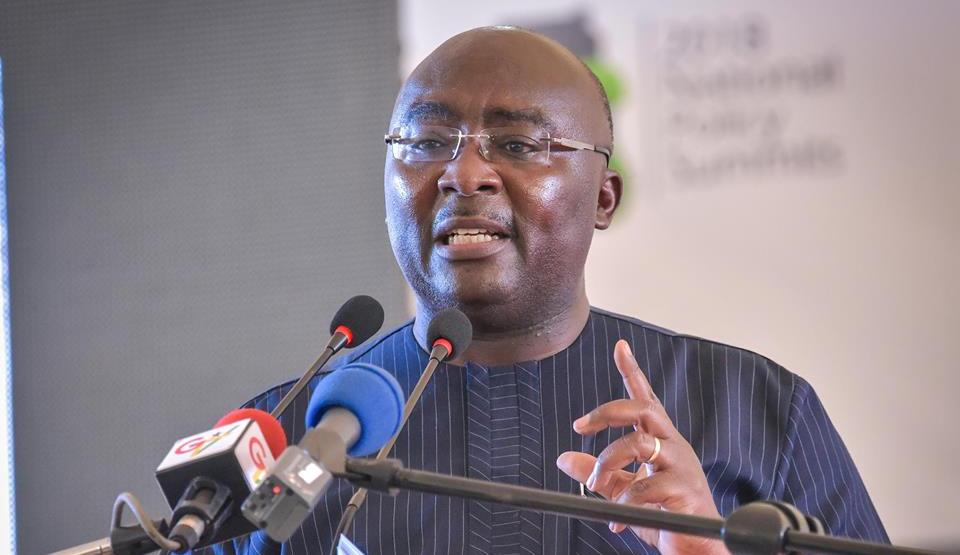 In the past couple of weeks, the debate on the current state of the Ghanaian economy, has for some reasons, gained significant momentum following the slight depreciation of our currency against the US dollar; with critics of this government pointing accusing fingers at His Excellency Dr. Bawumia for the “troubling cedi”.

Regrettably, this waging debate is largely being driven by partisan considerations and sometime pettiness rather than substance and fair economic dissection.

They tell us that every blame be put at the doorstep of Dr. Bawumia for, in their words, superintending over weak economic fundamentals culminating in the “woes” of the Ghanaian currency.

“If the fundamentals are weak, the exchange rate will expose you”, they say; claiming to throw back the VEEP’s words at him when the NPP was in opposition.

But, are the economic fundamentals really weak?

As an economic savvy person, I am baffled and metagrabolised at the manifest poverty of the criticisms against the Number 2 man of the State [Dr. Bawumia].

Perhaps, it is politics as usual.

Else, why would anybody, with the benefit of working faculties, tell us that reducing inflation from 15% to 9% is a sign of weak economic fundamentals?

Why would they tell us that reducing interest rate on the 91-day treasury bills from 16.8% in 2016 to 13.4% (thereby reducing the cost of borrowing) is a sign of weak economic fundamentals?

Why would they tell us that reducing the fiscal deficit from 9.3% to 5.9% is a sign of weak economic fundamentals?

Why would they tell us that increasing the growth of Agriculture (the very backbone of the nation’s economy) from 3% to 8.4% is a sign of weak economic fundamentals?

Why would they tell us that increasing the growth of industry from negative 0.5% in 2016 to 17.7% is a sign of weak economic fundamentals?

Why would they tell us that reducing the debt to GDP ratio from 73% to 65% is a sign of weak economic fundamentals?

Why would they tell us that increasing the size of the GDP from GHc164 billion in 2016 to GHc206 billion is a sign of weak economic fundamentals?

Why would they tell us that an economy that has been able to withstand a significant reduction in electricity bills by as much as 30% and 17.5% for businesses and households respectively is an economy with weak fundamentals?

Why would they tell us that an economy that has stood a reduction in water tariffs by 10% across board is an economy with weak fundamentals?

Why would they tell us that an economy that has stood the scrapping of nuisance taxes is an economy with weak fundamentals?

Why would they tell us that an economy that has been able to withstand the huge budgetary implication for the full implementation of the famous Free SHS policy is an economy with weak fundamentals?

Why would they tell us that an economy that has been able to sustain the full restoration of teacher and nursing trainee allowance is an economy with weak fundamentals?

Why would they tell us that an economy that has been able to resolve “dumsor” by tackling the very root cause of the energy crisis (financial challenges) is an economy with weak fundamentals?

Ultimately, why would they tell us that an increment in the economic growth rate from 3.6% in 2016 to 8.5% (even before the recent rebasing) is a sign of weak economic fundamentals?

I doubt they understand what a weak economic fundamental is.

Figures, they say, don’t lie. I can go on and on and on… because the success story of the Bawumia-led economic management team is simply inexhaustible.

I am however quick to admit that it is indeed true that the story of the Ghana cedi hasn’t really been rosy following the 7% depreciation it recorded against the US dollar in the past few months.

But it is also true that the cedi hasn’t fared badly considering recent developments at the international capital market, where the US dollar has, following certain interventions of President Donald Trump, seen almost an unprecedented appreciation in value as against all the major currencies at the interbank market.

The British pounds, the euro, the South African rand, the Indian currency, the CFA, the Argentine currency and indeed all other currencies have recorded significant depreciation against the US dollar averaging between 7% to 50% in some cases within the same period.

But for our strong economic fundamentals, the cedi would have, perhaps, depreciated by more than 30% in the midst of this global exchange rate crisis.

But the good news is that the international capital market has now reacted to this “anomalous occurrence” in respect of the US dollar.

It thus appears that this time round, the dollar was not arrested by Ghana police but by Interpol and the locked key was given not to the IGP but thrown into the high seas with the hope of never returning.

That is why you will see clearly that some stability is now being realized in the interbank market and accordingly, our “darling cedi” is beginning to enjoy same.

The reasonable deduction to be made therefore is that, the recent woes of the cedi had absolutely nothing to do with the current managers of the Ghanaian economy.

That notwithstanding, the competent economic management team is doing the needful and not sitting aloof at all.
It is therefore not surprising that global credit rating agency, Standard and Poor’s (S&P) Global, recently upgraded Ghana’s sovereign credit rating from B- to B with a stable outlook, for the first time in 10 years, citing the country’s strong economic fundamentals.

The cynics, particularly our NDC friends can decide to rubbish the positive ratings for political expediency. But, the international investor who wishes to invest in the country would certainly not listen to what the NDC or NPP says about the economy.

He would rather consider the in-depth economic analysis and ratings by Standard and Poor’s Global in making all his investment decisions.

Having said that, I wish to now respond to what I call, attempted but failed gratuitous and unwarranted attacks on the unimpeachable credibility of Dr. Bawumia by some of our NDC friends, for comments he made about the economy whilst in opposition.

His critics accused him of lying to the Ghanaian electorates because according to them, Dr. Bawumia, whilst in opposition, promised that a future NPP government will NOT borrow.

Meanwhile, these critics have still not been able to provide any iota of proof to substantiate their allegation. If somebody criticizes you for engaging in reckless borrowing and chopping a chunk of the money borrowed, how does that mean that the person will not borrow at all when given the nod? I never knew English could be this difficult.

The other thing he said was that, it is possible to develop this country without engaging in the kind of reckless borrowing the NDC was engaged in.

I ask again, how does this suggest that an NPP government will not borrow at all?

In any case, which country in this world doesn’t borrow?

Even the Americas and the Chinas, which happen to be the two biggest economies in this world, borrow from other nations as well as from the Britain Wood Institutions.

So, it would be highly preposterous and inconceivable to make the argument that a poor country like Ghana can survive without borrowing.

Of course, Dr. Bawumia was also vocal in critiquing the mode of computing economic figures particularly inflation during the NDC administration and challenged the Ghana Statistical Service to review their methodology, because at that time, inflation and interest rate were approaching opposite direction, which defied economic logic.

Dr. Bawumia was initially lambasted for this criticism until officials of the IMF came to Ghana and in their analysis of our economy, confirmed the observation he had made.

It was at this point that the Statistical Service released a statement admitting the erroneousness of their methodology and committed to reviewing same.

If this was not a vindication of Dr. Bawumia, I wonder what else it was.

Fast forward to this current administration, with Dr. Bawumia as the head of the economic management team, you will now see clearly that, unlike what we saw during the NDC days, whiles inflation is dropping; interest rate is also dropping, thereby establishing the required direct relationship between the two economic indicators.

This is what makes economic sense and vindicates the credibility of statistical data under this government.

Well, the NDC can continue on their fruitless journey of looking for basis to attack the very credibility of the “economic prophet” of our time (Dr. Bawumia); they can continue peddling falsehoods upon falsehoods; they can continue to play populist propaganda about the current state of the Ghanaian economy, BUT economic students like us and indeed discerning Ghanaians, will expose them.

After all, the good people of this country are NOT unintelligent.

Never again INSHA ALLAH. Forward, we move, for love of our country.