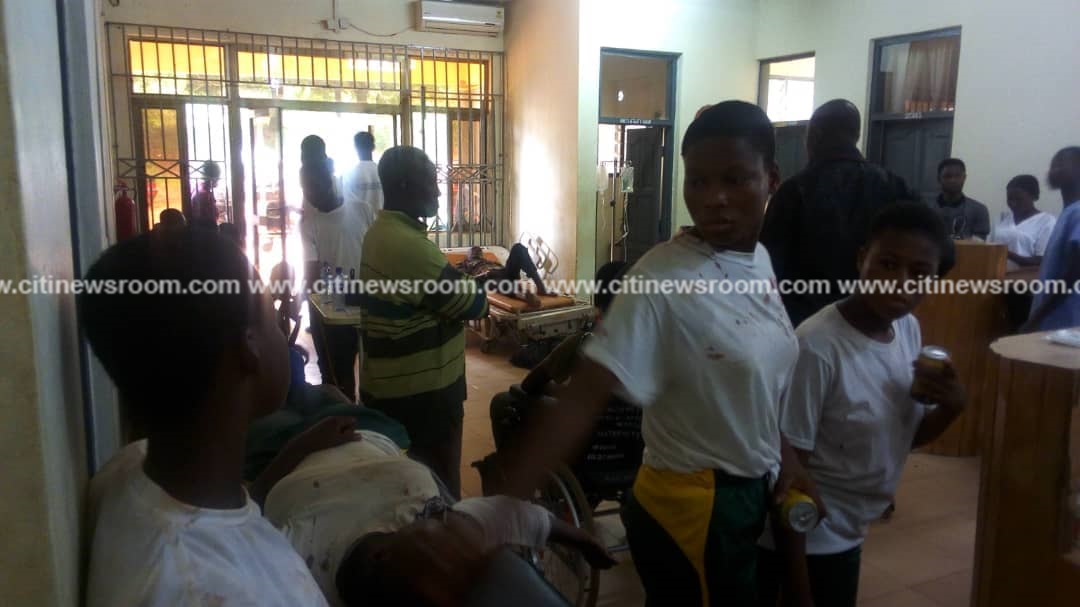 A teacher of Mangoase Senior High School in the Akuapem Municipality of the Eastern Region has been confirmed dead by doctors at the Atua Government Hospital.

47 students including the driver of the bus are currently on admission at the hospital receiving treatment, while arrangements are being made to refer one other student who is in critical condition to the Koforidua Central Hospital. 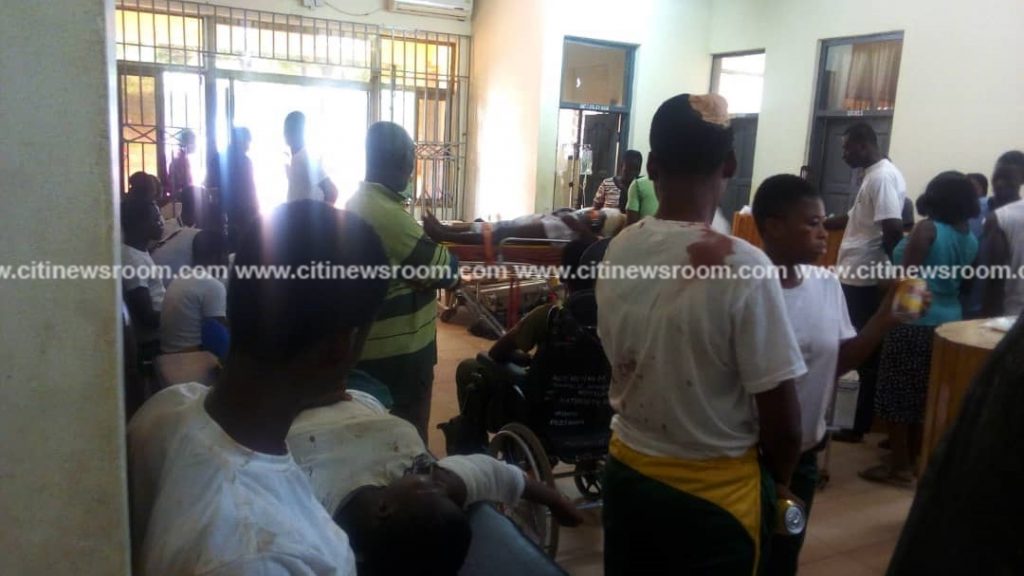 The Deputy Director of Nursing Services at the hospital Mrs. Marylove Nai Williams told journalists that the professionals are doing their best to help the injured persons recover quickly.

“We are taking the x-ray of most of the patients undergo exand we are yet to get the results. But for one of the students who is critically injured, we suspect he has a fracture so we are transferring him to the Koforida Government Hospital We will only be able to determine the severity of their cases after the x results but we are doing our best to save them.

Meanwhile, school authorities and management have been notified and are currently at the hospital.

Our business is risky; give us insurance – Mobile Money Agents to telcos