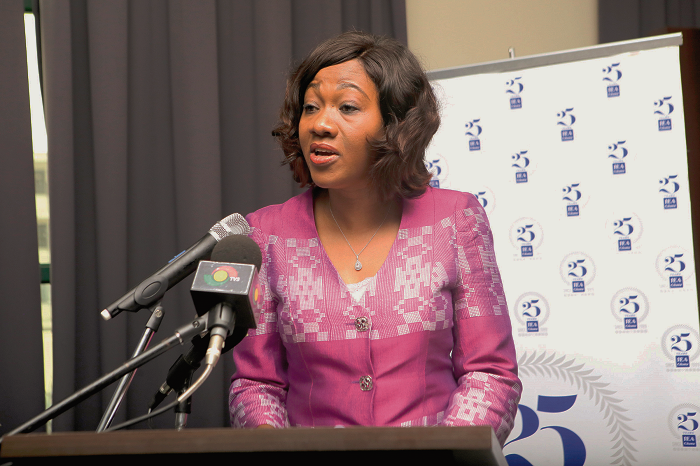 The second phase of the Limited Voters’ Registration and the planned continuous voters’ registration exercise at all district offices of the Electoral Commission has been deferred to 2019.

[contextly_sidebar id=”k973KGYCqxkVr3w4p1ZfIGFUBC2jdj2h”]The Electoral Commission, which made this known in a statement said the modalities and the schedule for both exercises will be announced after it has consulted with the political parties as required by law.

The EC however said there will be the exhibition of the 2016 and 2018 Provisional Voters’ Register (PVR), from the 25th- 31st October 2018 at all the polling stations of the carved out areas for the expected referendum towards the creation of new regions.

The exhibition will start at 7:00 am and end at 6:00 pm on each day, including Saturdays and Sundays.

The first phase of the limited voters’ registration for the creation of new regions, started on Sunday, September 16, 2018 and ended Tuesday 25th September.

The Electoral Commission has been hit with two different lawsuits challenging the yet-to-be-held referendum for the creation of six additional regions.

A group calling itself Strategic Thinkers Network-Africa as well as three individuals, Mayor Agblexe, Destiny Awlimey, and Jean-Claude Koku Amenyaoglo have dragged the Electoral Commission and the Attorney General to the Supreme Court in two separate suits.

According to the Chairperson of the EC, Jean Mensa, the registration exercise had to be rolled out despite the lawsuits against the Commission on the same matter because the writs had on implication on the exercise.

The Commission is putting processes in place to hold a referendum in parts of the country for the creation of six additional regions following recommendations the Justice Brobbey Commission made to government.