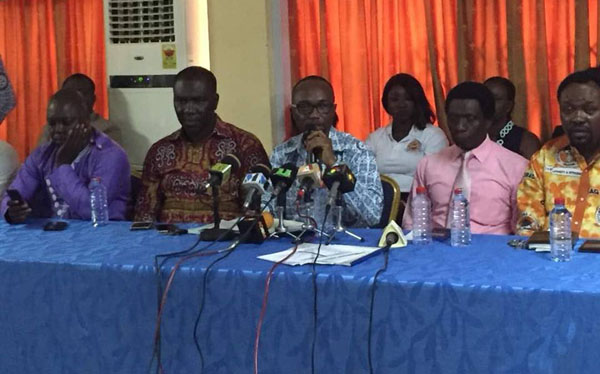 Freight forwarders at the Tema Port are unhappy with the Ghana Revenue Authority (GRA) over the implementation of the Cargo Tracking Note (CTN) policy which commenced today, Monday, October 15, 2018.

According to them, the concerns they’ve raised about the policy have not been addressed thus rendering the implementation questionable.

“We believe several concerns of ours have not addressed. We have said that we should sit down and iron out issues raised, but if they say it is beginning today, we will comply,” one of the freight forwarders told Citi News on Monday.

[contextly_sidebar id=”LJxoAVWeYBMSCd2meD2aervxNtZRH7MU”]Another person insisted that the presidency has been misinformed by some of the implementers of the policy, hence the haste in pushing for the implementation.

“We assume there are people behind who are not giving correct information to the presidency. Per their own greediness, they want to push this thing so that they will get something out of it. And we will not support that. We want something that will bring jobs and betterment of the country,” a freight forwarder said.

But the Ghana Revenue Authority has said it won’t back down on the policy.

Speaking a press conference on Monday, the Commissioner-General of the GRA, Emmanuel Kofi Nti, said enough consultations on the CTN had been carried out, and therefore they will go ahead with the implementation.

“By implementing the CTN system, Customs is seeking to modernize its operations to facilitate the movement of legitimate trade in line with international best practices…following concerns raised by key stakeholders, the president directed the suspension of the implementation of the pilot to allow for broader consultations among the stakeholders and the Ghana Revenue Authority,” he added.

Mr. Kofi Nti said the consultations were held after which a report was forwarded to the presidency prior to the implementation of the policy today, Monday.

A freight forwarder, John Kwame Adu Jack had earlier sued the GRA over the CTN policy.

The Ghana Union of Traders Association (GUTA) is also opposed to the implementation of the Cargo Tracking Note CTN.

The freight forwarders embarked on a strike on August 27, 2018, to protest against the implementation of the system at the ports.

The action was necessitated by what the businesses described as government’s failure to heed concerns on the policy which impedes trade facilitation.

The CTN requires importers to provide real-time information on all consignments to Ghana to a global monitoring platform.