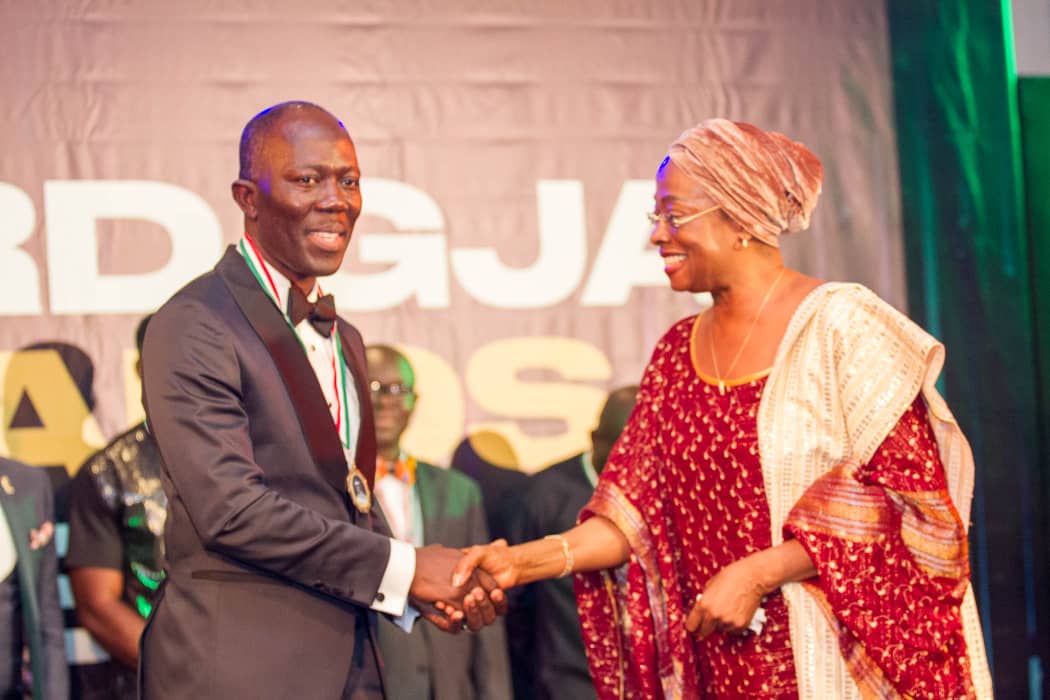 The Ghana Journalists Association, GJA, has acknowledged the excellent public service of one of Ghana’s revered top police officers, COP Dr. George Akuffo Dampare, by conferring an honorary GJA membership on him.

The honour was conferred on him by the Chief Justice, Sophia Akuffo, who was the guest speaker at the 23rd edition of the Ghana Journalists Association (GJA) Awards ceremony, held at the Kempinski Hotel in Accra on Saturday.

COP Dr. George Akuffo Dampare, who’s currently the Director-General of the Ghana Police Service in charge of Welfare, was honoured not only for his hard work, but for his cordial relationship with the media in the discharge of their duties. 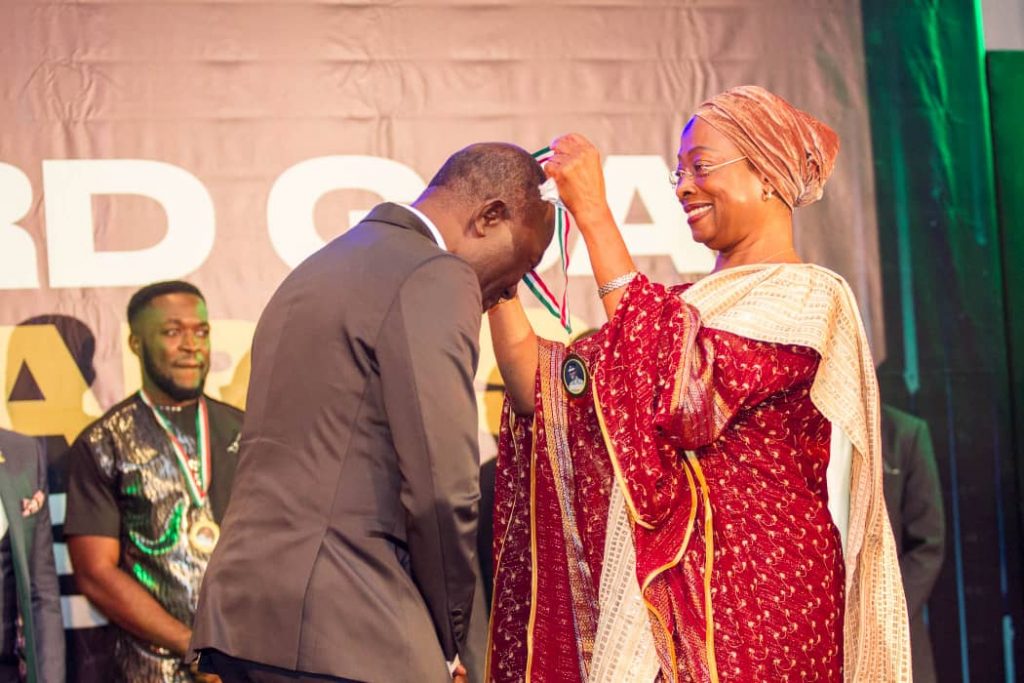 In the official letter inviting him for the award ceremony, the GJA said “The Executives of the Ghana Journalists Association (GJA), wishes to extend its warm compliments to you for your enormous contributions to the growth of the media and the nation in several dimensions. In this regard, the Association wishes to confer on you membership per provisions of Article 4 Clause D(I) of the GJA constitution which states that, “The National Council may confirm honorary membership on individuals who are not ordinarily qualified for membership under the preceding clauses, but who have shown exemplary interest in the Association, and/or have contributed substantially to the development of the media”.

“As an achiever, and a national figure, the honorary membership is also in the recognition of the successes chalked up in private and public life.”

COP Dampare, who’s viewed as very professional in his work, yet compassionate and humble, despite his rise through various ranks in the service, has served for close to 30 years as a police officer.

As Accra Regional Police Commander, he personally engaged journalists in executing some of his novel ideas including his ‘community engagement programmes’.

He moved away from the usual press conferences to focusing on crime statistics and the reasons behind those figures. His scientific way of policing led to a drastic reduction in crime in the Accra Region during his tenure.

He’s always available to assist journalists irrespective of the time of the day with whatever information they need to carry out their work, and he treats them with utmost respect.

He has a personal relationship with many journalists in most of the media houses across the country, and he has visited almost every journalist who has been assaulted in the line of duty.

He is thus viewed by many journalists as a ‘Friend of the Media’.

Other distinguished personalities who were also honoured by the GJA for their contribution to the growth of the media industry, were Barbara Gaisie, A.C. Ohene, Madam Faustina Nelson, Osei Kwame Despite, Ernest Ofori Sarpong, Samuel Amo Tobbin, Dr. Papa Kwesi Nduom and Kwasi Twum, CEO of Multimedia Group.

In all, some 36 journalists were awarded in various categories out of 548 applications received by the Awards Committee.

The Host of the Citi Breakfast Show, Bernard Koku Avle, won the overall Best Journalist Award for 2017 on the night.

Surprisingly, he rose quickly in the ranks after completing various courses to become an ACCA chartered account.

He later completed IPS, now the University of Professional Studies, UPSA, and went on to obtain a PHD in Finance in the revered Kings College in the UK.

He is the youngest Commissioner of Police in the 4th republic having attained that high rank at age 44. Among the current number of eleven COPs, he places fourth in order of seniority.

He is married with six children.
–
By: Ebenezer Afanyi Dadzie/citinewsroom.com/Ghana