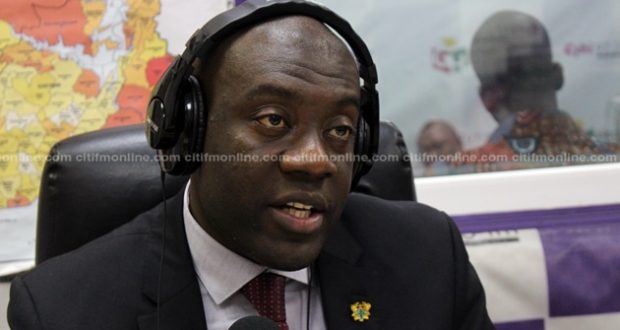 The government on Tuesday sent a high-level delegation to Kumasi over the ensuing fracas between authorities of the Kwame Nkrumah University of Science and Technology (KNUST) and students of the school.

The Minister for Information, Kojo Oppong Nkrumah explained that the government’s intervention in the matter comes after indications that the two parties cannot amicably resolve their differences.

He said issues discussed at the meeting included plans for the reopening of the school.

“The universities ordinarily are semi-autonomous so they manage their own affairs, but the event in the last 24 hours has demonstrated that in this particular incident, the authorities working with the students have not been able to handle their own matters. There is the need for the security intervention that took place by the Regional Security Council and now administratively to assist them to deal with the issues.”

KNUST has been closed down indefinitely and students have left the school following a Tuesday afternoon deadline.

The school has been under media spotlight after a supposed peaceful student protest against what they say is oppression and tyrannical rule the school’s Vice Chancellor, Prof. Obiri Danso turned violent, resulting in the destruction several private and University facilities on campus including over 20 cars and several motorbikes.

Management and the students have been engaged in a blame game with each side accusing the other of being the cause of the brouhaha.

While students said the University management has consistently failed to dialogue with them on pressing issues but rather impose rules on them, the management say the students have always threatened to cause confusion on campus and were backed by alumni to get violent.

It is unclear when the school will be reopened as only foreign students have been permitted to stay on campus amidst dedicated security.

Meanwhile, the Asantehene Otumfuo Osei Tutu II who serves as the Chancellor of the school, has summoned the Vice Chancellor of KNUST  and other stakeholders for a meeting at the Manhyia Palace on Thursday.