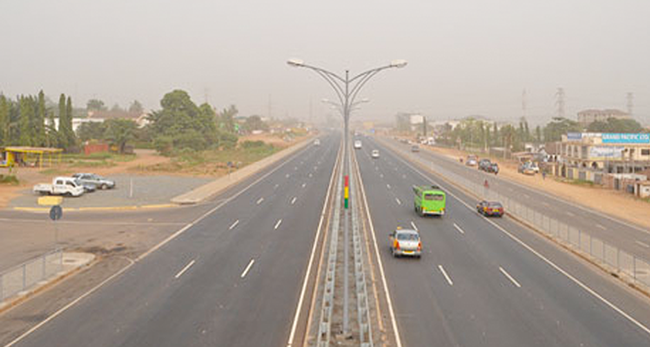 Pedestrians and hawkers found crossing the Accra Tema Motorway indiscriminately would be arrested and prosecuted.

According to the Ghana Highway Authority (GHA), the increasing number of accidents on the stretch is as a result of these acts, hence the need to arrest and prosecute offenders.

[contextly_sidebar id=”ZihX6EVx0IEt7oul7Q8e2wEAAzAE3nMv”]In an interview with Citi News, Public Relations Officer (PRO) for Ghana Highways Authority, Diana Seade, said the Authority will collaborate with the Motor Traffic and Transport Department (MTTD) of the Ghana Police Service to bring sanity on the road.

“We have always had this collaboration with them, it has been MTTD and us for a long time now, making sure that the right things are done on our road. We want the people to know that we are out to get them for the wrong thing they have been doing,” she said.

About 60% of road crashes on major national highways in Accra, were recorded on the N1 highway.

This is according to the first AMA Road Safety Report, analyzing data from 2011 to 2015.

Some other revelations made in the report showed that the highest number of crashes during this period was recorded in 2015, with 2,979 crashes, a 40.6% increase from the number recorded in 2014.

Almost 90% of road fatalities in the observation period were pedestrians, motorcycle riders and cyclists—the most vulnerable road users.

Pedestrians constituted about 70% of all fatalities, motorcyclists (drivers and passengers) about 14%, and cyclists about 2%

In July, a road user met his untimely death at the Kwame Nkrumah Circle Interchange opposite the Ernest Chemist Head office, when he was knocked down by a Toyota Camry with registration number GE – 7224-17.

The impact of the hit severed the body of the unidentified man into two halves.

Notwithstanding the risks, many pedestrians keep crossing the wide highway. Some of them told Citinewsroom they are left with no option although there are safer points they could cross from.