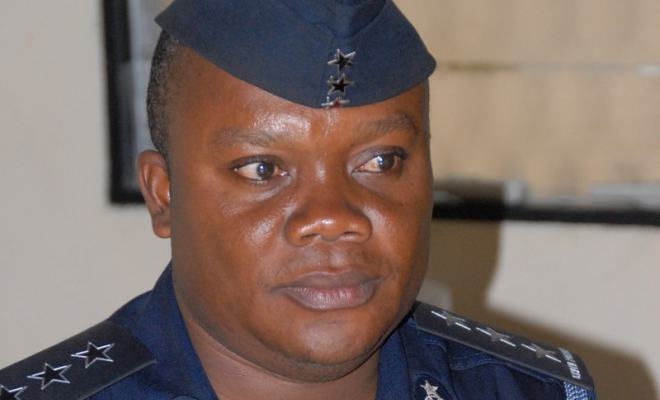 Another shakeup has hit the police service as the Inspector General of Police, David Asante Apeatu, has re-assigned some 32 officers.

Former Public Affairs Director of the Ghana Police Service and District Commander at East Legon, Superintendent Cephas Arthur per the memo is now the Director for the Mamprobi district.

DCOP Simon Yaw Afeku, Director-General (DG) in charge of Operations is now the DG in charge of ICT at the Ghana Police National Headquarters.

[contextly_sidebar id=”ZN98IfPviZAxUNGiXlEmW2PfE2XaVNsS”]The Police Service in September 2018 made 14 re-assignments within its hierarchy but per the memo, all those whose were affected by the re-assignments then should stick to the latest development.

DCOP Patric Adusei Sarpong, who was the DG, L&P, per the memo, is now the Regional Commander for the Ashanti Region.

DCOP G. Owusu-Boateng, former second in command in the Ashanti Region is now the Regional Commander for the Brong Ahafo Region.

DCOP Edward J. Oyirifi-Akrofi, former second in command in the Northern Region is now the Commander of Tema.

Others District directors have also been transferred to other places.

The Inspector General of Police in September 2018 appointed James Oppong-Boanuh as new Deputy Inspector- General of Police; who was on the verge of retiring from the service; a move that was widely criticized.

Oppong-Boanuh’s contract was however extended by the president Nana Akufo-Addo by one year.

Citi News sources within the police service say he personally requested for an extension of his contract through the Interior Ministry, to enable him assist the IGP , although this is not the normal practice in the service.

Leave my businesses, reputation out of your politics – Woyome