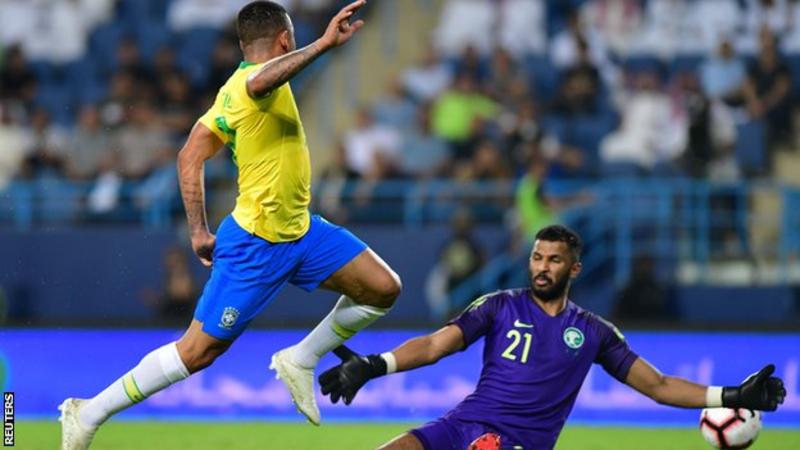 Brazil took the lead just before half-time when Neymar ran at the home defence and played in Jesus, who slotted past Mohammed Al-Owais.

The hosts ended the match with 10 men as Al-Owais was shown a straight red card in the 85th minute for handling the ball outside the penalty area.

Alex Sandro added a second in injury time with a header from Neymar’s pass.

This was the first of two matches in Saudi Arabia for Brazil as they take on Argentina on Tuesday, 16 October in Jeddah (18:45 BST).

It will be a tougher task against their South American rivals as Saudi Arabia did not manage a shot on target.

Brazil included a front three of Jesus, Neymar and Philippe Coutinho, but it took them 44 minutes to make the breakthrough when Jesus finished after fine work from Neymar.

It was Jesus’ third goal of the season after scoring in City’s 6-1 Premier League win over Huddersfield on 19 August and in the 3-0 win over League One Oxford United in the Carabao Cup third round.

Jesus was one of six Premier League players to feature for Brazil, with City team-mate Ederson, Liverpool defender Fabinho and Manchester United midfielder Fred also starting, with Fred being replaced by Tottenham’s Lucas Moura at half-time.

Everton’s Richarlison made only his third international appearance when he replaced Jesus with 18 minutes left.

Salah returns to Liverpool after limping out of Egypt game 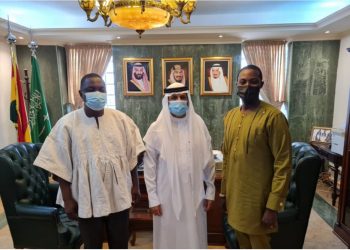 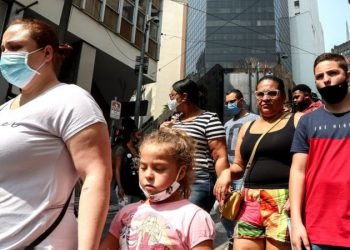 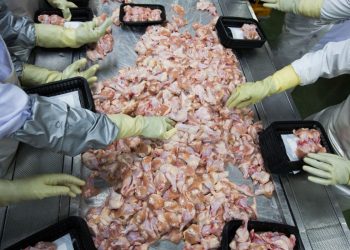