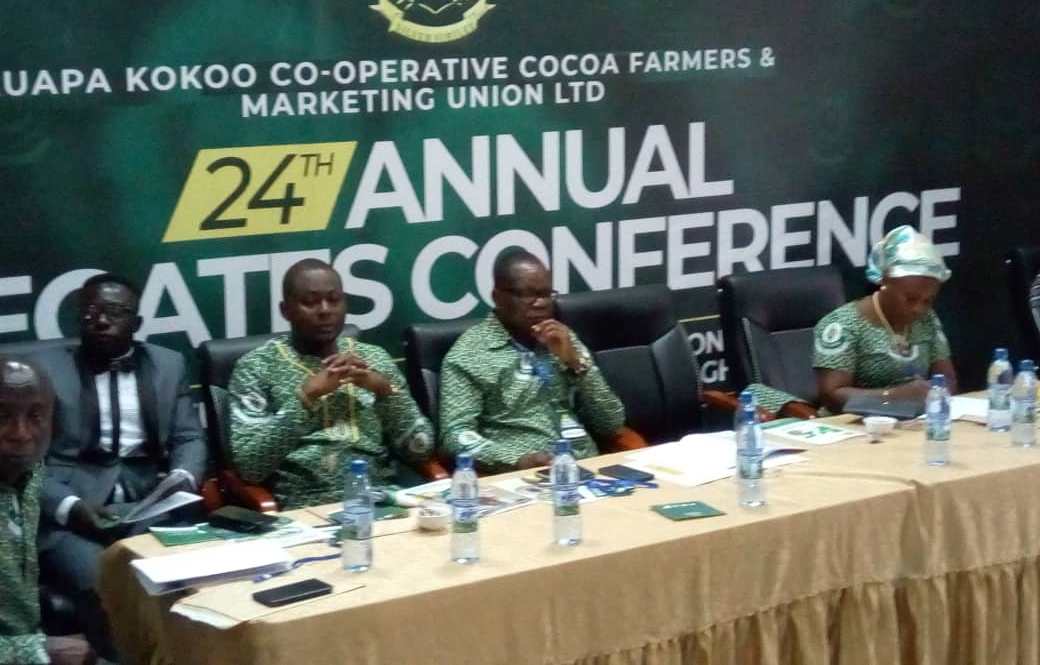 The Kuapa Kokoo Co-operative Cocoa Farmers and Marketing Union Limited (KKFU), has said it will continue to roll out farmer-centered programs to equip local farmers with the required skills to enhance their operations.

Authorities say such programs will not only improve good farming practices, but will also increase yields of farmers.

Leadership of the (KKFU) indicated that cocoa remained an essential commodity in growing the Ghanaian economy, hence innovative ways must be employed to equip the producers of the cash crop. 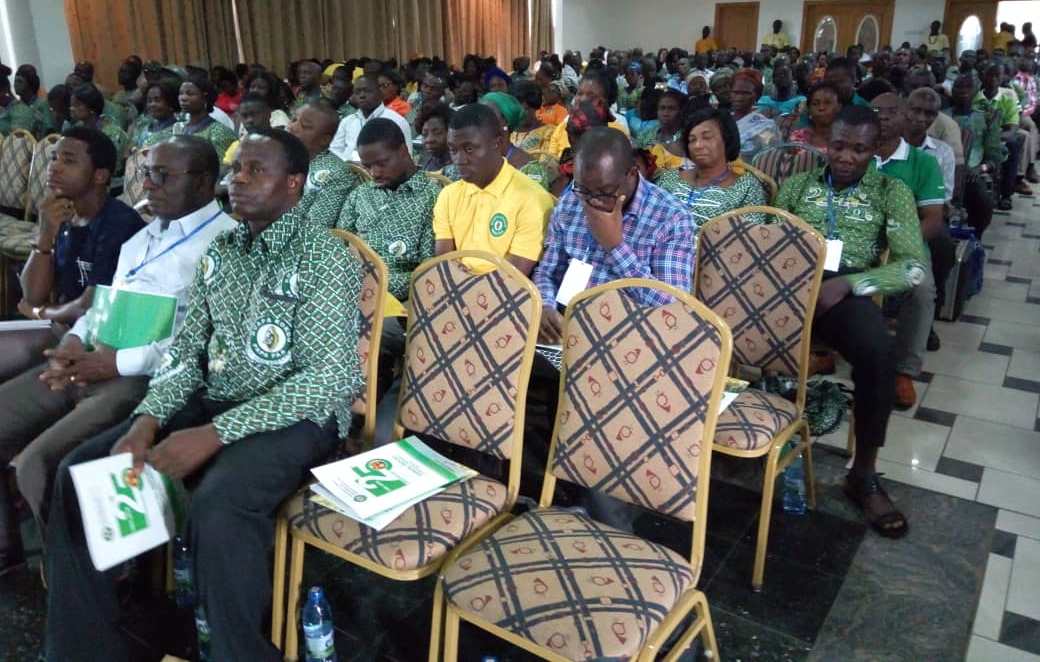 The industry is the source of income for over 800,000 farm families, mostly in rural areas.

Kuapa Kokoo however believes improving the technical know-how of these farmers through innovation and technology will enable them increase their yields to boost production in the sector.

Speaking at the 24th Annual delegates’ conference of the KKFU in Kumasi, Executive Secretary of the KKFU, Nelson Adubofour, explained that policies that will enhance the lives of local farmers remains the priority of Kuapa Kokoo.

“It is about time we innovate because the lands are getting scarce and we can’t continue to operate in forest areas. So our expectation is to innovate to increase yields of farmers and not necessarily increase the size of farms. We also want to be able to supply inputs to the farmers as and when they need it”, he explained. 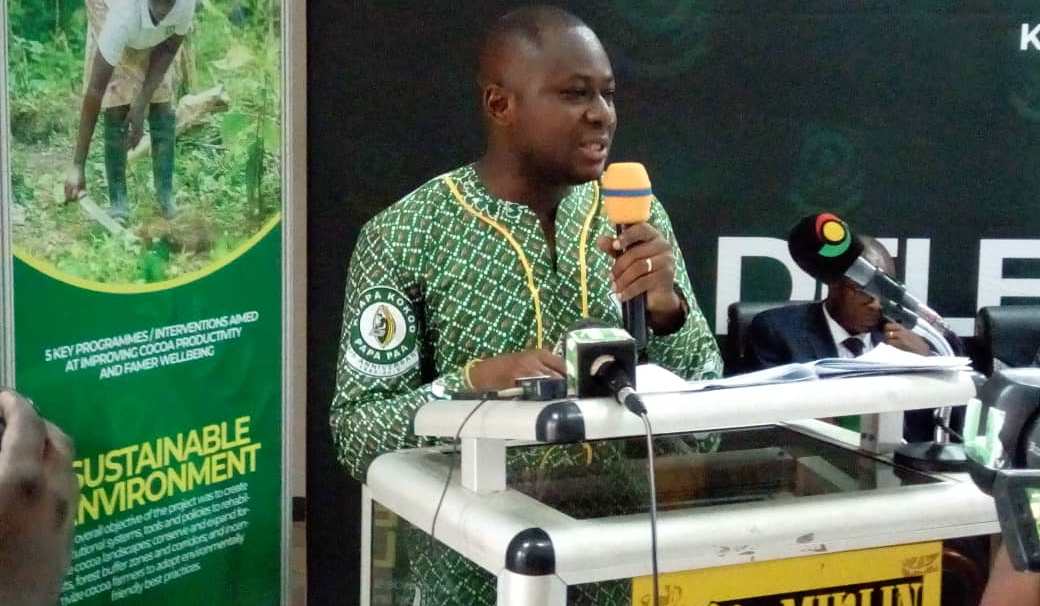 Mr. Adubofour cited the Tele Agric and Tele Medicine as some of the innovations Kuapa Kokoo has introduced in recent times.

He further said the Union was partnering Millennium Promise Alliance to quip cocoa farmers to enable them adopt best farm practices to increase their yields.

President of the Union, Madam Fatima Ali, said the gains being chalked by the KKFU were as a result of transparency and hard work on the part of leadership.

“This performance is unprecedented since the formation of Kuapa Kokoo 25 years ago”, she indicated.

TeleAgric Centre to take-off in the 2018/19 season

Madam Fatima Ali further disclosed that processes are advanced to begin the TeleAgric program since the center has been completed.

According to her, the program will benefit farmers and other community members in cocoa growing areas.

She revealed that Eighty-seven (87) smartphone tablets have been distributed to farmer executives in the various societies across the Kuapa Kokoo districts, and an additional (250) mobile phones have been procured with financial support from Root Capital. 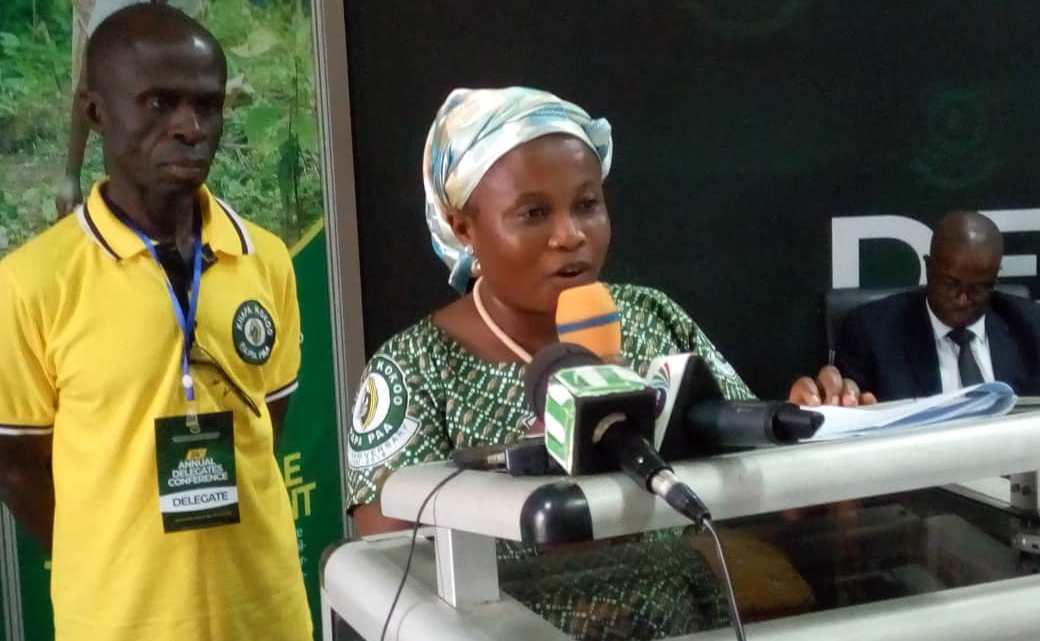 She added that an agreement has been reached with Airtel/Tigo to provide data service and a farmer group platform where farmers can call each other for free and have access to the TeleAgric center through a toll free line.